‘Great day to be at an airport’

Rain the night before may have dampened the grass at Frederick Municipal Airport, but it didn’t dampen the spirits of about 3,000 attendees who turned out for the AOPA Homecoming Fly-In in Maryland Oct. 4.

Ceilings had lifted to a 5,500-foot overcast by the start of the fly-in, and 345 aircraft flew in for what was AOPA’s largest regional fly-in of the year. Members connected with their association, shared their enthusiasm for flying, checked out the latest products and gear, brushed up on aviation safety topics and the latest issues affecting their flying—and, of course, had fun.

From the whine of an L-39 taxiing to its position on display to the rumble of a B-17 Flying Fortress giving rides, the fly-in bustled with the sounds of flying. Volunteer marshalers directed aircraft to parking, nearly filling the grass with all kinds of general aviation aircraft. The Experimental Aircraft Association’s restored B-17G Aluminum Overcast turned heads in town as it carried passengers on a trip back in time. (The B-17, hosted by EAA Chapter 524, dominated the ramp.) And aircraft from a vintage Stearman to a Piaggio pusher turboprop attracted attendees to the static display. 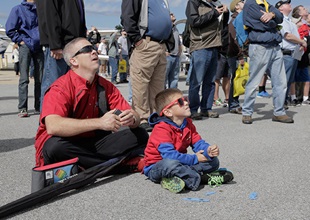 Yet the biggest draw was an aerobatic demonstration by Michael Goulian, a Red Bull Air Race Championship pilot and a winner of the U.S. Unlimited Aerobatic Championship. Around 12:30 p.m., spectators flocked to the ramp area and flight line as Goulian’s Extra 330SC circled over the airport. Driving music began, and Goulian swooped toward the show center, trailing smoke. The crowd watched rapt as Goulian dove, climbed, and tumbled, the engine sound echoing off the buildings.

On the south side of Taxiway A, volunteers Robert Shackelford of Harford County, Maryland, and Glenn Byrd of Woodbine, Maryland, stood with batons, ready to marshal aircraft that came their way. Among 315 volunteers for the event, they came to help out their association and enjoy the event. “Anything to do to support AOPA,” said Shackelford.

Many attendees shared the desire to support their association. Marilyn Sharp of Phoenix, Arizona, said she and her husband, Roger, had visited AOPA headquarters last year and weren’t able to make it to any of the other regional fly-ins in 2014, so they decided to make the trip to Frederick. “I thought the seventy-fifth anniversary … I wanted to honor that and really be here,” she said.

The regional fly-ins launched in 2014 were conceived as an opportunity for members to connect with AOPA. At Homecoming, AOPA staff ran tours of headquarters every 15 minutes, showing members where the association works to protect their freedom to fly.

Longtime AOPA Airport Support Network volunteer Lee Sommer, who is the volunteer for Maryland’s College Park Airport, said he has been to almost all of AOPA’s fly-ins at headquarters. When the event returned after a several-year absence, he came back to attend the ASN meeting and be somewhere where he can share his love of aviation.

“I guess one of the big things is, it’s kind of like you’re around your own,” he said. He said he likes being where everyone has a passion for aviation and wants others, especially young kids, to feel that passion; it’s an aspiration he has for his home airport, which is one of the “DC-3” airports that lie within the Washington, D.C., flight restricted zone (FRZ) and require pilots to be vetted to fly there. Simplifying the vetting process has been a major issue at College Park, Sommer said, and he’s happy that progress has been made to make the airport more inviting. 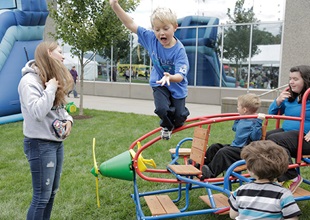 Opening aviation to the next generation of pilots is a major initiative of AOPA’s, reflected by the awarding of scholarships to promising students and Flight Training Excellence Awards to outstanding flight schools and instructors. The local Aviation Explorers post got involved in the fly-in by selling water, a portion of the proceeds of which will help send them to EAA AirVenture 2015; youth from the nearby Civil Air Patrol wing shuttled buttermilk pancakes between the preparation and serving areas in the morning. Cadets Ace Williams and Sean Hopkins, both 14, said they were excited to try out the flight simulator after the pancake breakfast concluded.

For even younger prospective pilots, AOPA hosted a kids’ area with airplane-frame see-saws, an inflatable slide, cornhole games, popcorn, temporary tattoos, and airplane crafts. Holly Loveless, 6, came from Laurel, Maryland, with her father, Brent, and as she ate ice cream from one of the food trucks said she had enjoyed the see-saw. Brent, who was introduced to aviation by his father, said he was happy to pick up a copy of Trade-A-Plane to find his next airplane. 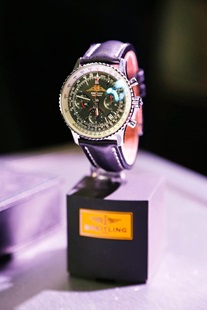 Attendees perused a range of products at the exhibitor tent and met with AOPA staff about gear, flight planning, medical services, and more. Some took a spin in the new 2015 Lincoln Navigator, MKC, or MKZ. New AOPA Strategic Partner Breitling unveiled its special limited-edition 2014 Navitimer for members in a pre-show event Oct. 3. The watch features the AOPA logo on the dial and commemorates AOPA’s seventy-fifth anniversary.

The evening before the fly-in, 130 lapsed pilots packed into a Rusty Pilots seminar to brush up on their aviation knowledge and fulfill the ground instruction requirement of the flight review; the response was so overwhelming that AOPA had to cap attendance. At the fly-in, pilots could expand their knowledge of ADS-B or aeronautical decision making; aviation humorist Rod Machado drew a standing-room-only crowd for “Thinking Small to Avoid Big Mistakes.”

Pilots got an education of a different kind at the Pilot Town Hall, where AOPA President Mark Baker caught them up on the latest issues in GA: efforts to reform the third class medical, pilots’ outcry at unwarranted stops and searches of law-abiding pilots that resulted in a top-down review of Customs and Border Protection Air and Marine, concerns about the value proposition of Automatic Dependent Surveillance-Broadcast and the need to find a reasonable cost for pilots of older aircraft, the effort to find an acceptable unleaded fuel for GA, and initiatives aimed at growing the pilot population. U.S. Rep. Sam Graves (R-Mo.) and FAA Deputy Administrator Michael Whitaker joined Baker on stage and fielded questions on issues ranging from user fees to the battle over Santa Monica Municipal Airport. In response to the final question, whether AOPA will continue regional fly-ins in 2015, Baker responded “Yes,” and, before he could elaborate, was interrupted by a round of applause. 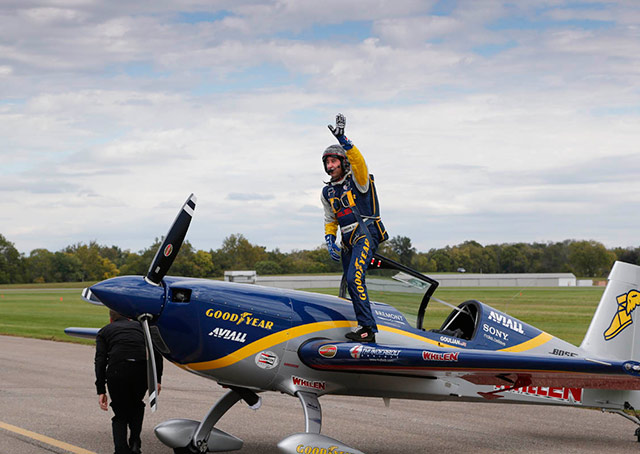