Get the app Get the app
AOPA will be closing at 3:15pm ET Thursday, December 1st. We will reopen Friday morning at 8:30am ET.
AOPA Members DO more LEARN more SAVE more - Get MORE out of being a pilot - CLICK HERE
News & Media Yale Aviation traces back to World War I

Yale Aviation traces back to World War I 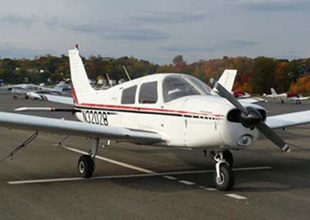 The Yale Aviation flying club can trace its origins back to 1916, when a group of undergraduate students established what would become the full enterprise of U.S. military aviation. A documentary was done in 2014 that showed the exploits of what was called the Millionaires’ Unit. The club was incorporated as Yale Aviation in 1964, and is independent with no formal ties to Yale University.

Yale Aviation, based at Tweed New Haven Airport, has three tiers of memberships, said Begemann. “One costs $400 to join, and members are restricted to five hours per flight,” she said. Day-long or overnight takeaways are not allowed with this membership

“A $1,000 membership fee, which allows access to both planes, allows a pilot to reserve a plane for up to five days with no minimum hour requirement,” said Begemann. “We also have a $25 affiliate membership fee if people want to join and attend activities, but not fly.”

Members pay $60 a month in dues, said Begemann, along with a minimum of one hour of flying. “Those required hours can be accrued for up to 12 months,” she said.

Members can learn to fly within the club, said Begemann. “Flight instruction hourly rate depend on the instructor, but averages between $50 and $60,” she said. “We have Master Flight Instructor Charlie Skelton, but our members can also use instructors from Robinson Aviation, also at Tweed.”

The club currently has 11 students, said Begemann. “It will cost between $9,000 and $12,000 to get a private pilot certificate.” Members can also earn their instrument and commercial ratings, she added.

Yale Aviation is involved in the community. “We have social gatherings, educational events, Young Eagles and Eagles flights, and a connection with the local high school’s aviation club,” said Begemann. “We also do wash-and-wax gatherings twice a year, offer a private pilot support group, and an IFR flyers group.”

Begemann said it’s important for clubs to have a mission and revisit it periodically. “Know your members and their interests. In this busy world, make it easy for people to get to know each other, fly together, and learn from each other,” she said. “Use different modes of communication like newsletters and Facebook. Stress safety, fun, and stellar maintenance. Finally, know your finances and plan ahead for upgrades and replacement of aircraft.”