Get the app Get the app
Already a member? Please login below for an enhanced experience. Not a member? Join today
News & Media Formation education: Repurposed 'Yak club' trains, entertains

Four vintage aircraft are passing overhead in a diamond formation, trailing white smoke. Abruptly, one pulls up, banks away, and fades into the distance.

This is the missing man formation, an aerial salute to fallen or former members of the military, often performed to conclude a funeral or a memorial observance. The formation, not necessarily limited to four aircraft, is among the aerial demonstrations performed by precision flight teams from the U.S. Air Force Thunderbirds to civilian units that have undergone special, standardized training for the safe performance of this unique aviation art form.

In 2012, for example, the Bay Bombers Squadron Formation Team, a precision formation display team of the RedStar Pilots Association, overflew the U.S.S Hornet on Veteran’s Day in four Nanchang CJ-6 single-engine military trainers. It was a solemn tribute to America’s veterans, many of whom witnessed the flyover from the deck of their aircraft carrier, which now serves, in Alameda, California, as a museum ship that includes exhibits from the Apollo missions to the moon.

"The deck was filled with World War II veterans from the Hornet," said Kirk Heiser, who flew his CJ-6 in the Veteran’s Day formation, and seeks frequent opportunities to fly in patriotic aerial displays for RedStar. "It brings me a lot of pride in this country, and every man or woman I have flown with feels the same way."

If you are thinking how spectacular—and how improbable—it would be to have a formation of vintage military aircraft scheduled to fly in your local event, don’t abandon the idea as a pipe dream. 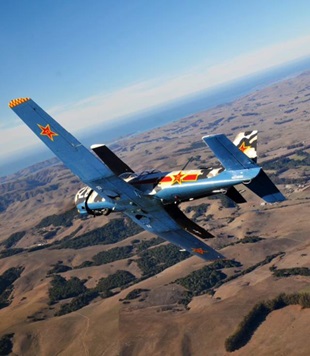 In addition to flying missing man formations at funerals and memorial services, the non-profit RedStar organization has dispatched formations of from five to 25 aircraft "from Oshkosh to Sun ‘n Fun, and all sized airshows in between," according to the organization’s website, which provides more information on the group’s availability.

Heiser, in his everyday life as president of an architectural company and Beechcraft Bonanza pilot, said he flies about 150 hours of formation a year in his CJ-6. He also serves as a public relations volunteer for RedStar—and it has become his task to explain how an organization that once served mainly as a clearinghouse for owners of aircraft that originated in former Communist-bloc countries is evolving into a group that also welcomes production-aircraft pilots, student pilots, and even nonpilots.

Here is one reason for the wide appeal: RedStar is one of a handful of organizations authorized to provide the standardized training that earns a pilot wingman credentials for non-aerobatic formation flight in airshows.

With 550 members, six regional directors, and a national board, the RedStar Pilots Association grew out of a group supporting owners and pilots of vintage Yakovlev Design Bureau military training aircraft manufactured in Russia.  (The Nanchang CJ-5 was a Yak-18 built in China under license; the CJ-6 was a development of the Yak.)

Members own other aircraft, including the Yak 52/50 trainer and the L-39/29 jet. RedStar’s publication Red Alert distributes news, bringing in advertising revenue to offset the cost of operations. Heiser added  that any operating surplus goes to a wounded warriors fund.

In 1995, RedStar’s predecessor organization became a signatory to the Formation and Safety Team training program under which a national standard for formation training had been developed, with FAA approval. It became a mandatory credential for performers in 1997, according to an overview posted online by another program participant, Formation Flying Inc. 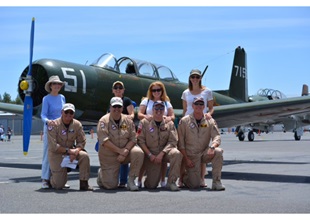 What leads a general aviation pilot to close formation flying in airshows? Heiser, a multiengine and instrument-rated commercial pilot approaching 7,000 hours, said he flew frequently for business, but his 400 hours a year in the cockpit had turned "mundane." Getting involved in several aviation service organizations gave him the chance to give something back and add variety to his flying. Then he heard about RedStar, and formation training.

"I was immediately intrigued," he said."They contribute back to society in so many ways."

It’s clear that Heiser, spokesman and storyteller extraordinaire—ask him how he came by the call sign "T-pot" from his group—has found his niche. At the time of a telephone interview with AOPA, he had overflown six memorial services in the past six months, and energetically touted the "intense" training he has undergone, and the "fascinating" diversity of pilots who come to work on their formation skill with RedStar instructors. You may be a world-class aerobatic pilot, but you are not a formation pilot until you have earned your FAST card. (Heiser stresses that "no pilot should ever dare go out and do formation without going through a formalized training program.")

If formation training in vintage military aircraft sounds like a way to quench your thirst for aviation, Heiser extends this invitation. "Come join our organization—high time, or low time, or no time at all." 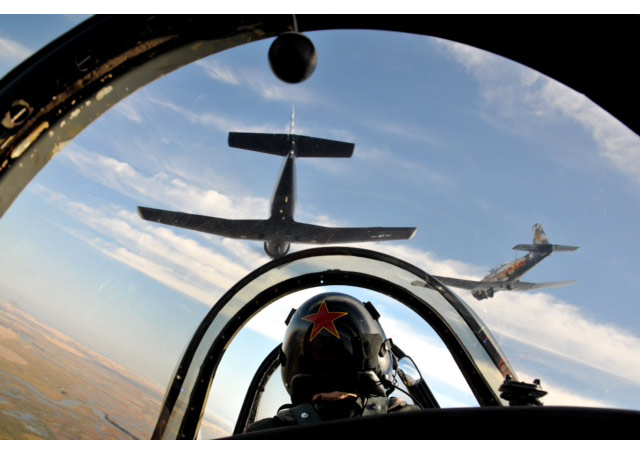