Get the app Get the app
News & Media In Michigan, STEM education flies

Here’s a way to find out: Give a group of educators their first rides in general aviation aircraft during a professional development workshop, and note their feedback. 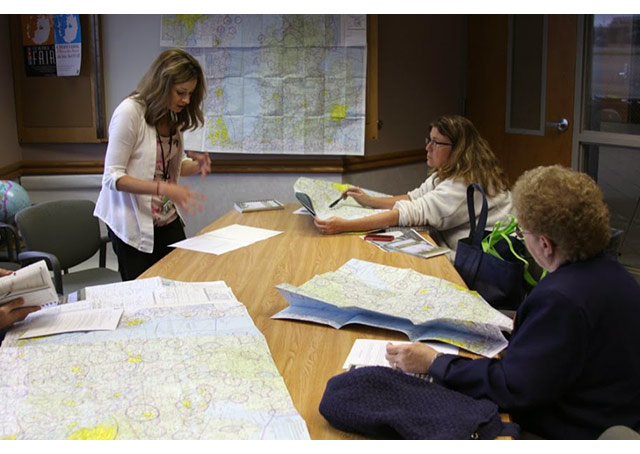 On Oct. 18, STEM education moved from classrooms to cockpits in Lansing, Michigan, and made a lasting impression.

"It’s not uncommon for teachers to make comments saying, 'That was science, technology, engineering, and math in practice,'" said Karl Klimek, a member of the Michigan Aeronautics Commission’s General Aviation Committee, and the executive director of the Square One Education Network, which teamed to present the workshop titled STEM in Flight.

About 30 Michigan teachers and administrators had their introduction to general aviation flying during the day-long event held at the Michigan Department of Transportation's Office of Aeronautics at the Capital Region International Airport in Lansing.  The event, of which AOPA is a sponsor, also offered the 75 education professionals in attendance ground sessions on aircraft design; how to preflight an aircraft; a control tower tour, an introduction to the emerging technology of unmanned aircraft; and many other topics.

And the agenda contained this enticing note: "Flights for teachers… yes… actual flights!"

Each year, the workshop turns the state aeronautics facility at the Lansing airport into a learning venue for kindergarten through twelfth grade teachers, bringing together the region’s “collective assets” to present aviation in all its dimensions, Klimek said. The workshop had a run of 14 consecutive years starting in the 1990s before it was suspended for a time starting with the economic downturn of 2008. This year’s workshop is the second since the sessions resumed.

The workshop advances the Michigan Aeronautics Commission’s General Aviation Committee’s mission of promoting and enhancing awareness of general aviation in Michigan. It also advances the goals of the Square One Education Network, which seeks to creatively integrate STEM education by creating and funding "powerful, relevant experiences" for kindergarten through twelfth grade teachers—especially "the teacher go-getters out there who are doing way cool things for our students," said Klimek, a pilot and AOPA member, in a phone interview.

He adds that the workshop partly bucks a tide that forced many teachers to "teach from a script"—a state of education policy that reduces the number of teachers who feel they have "the ability or permission to do these sorts of things in the classroom."

"It’s important that we live our learning," he said.

"This is an incredible way to get general aviation topics into our classrooms," said Bryan Budds,  AOPA’s Great Lakes regional manager and a member of the Michigan Department of Transportation’s General Aviation Committee. "Offering teachers just a small glimpse into so many aspects of general aviation gives teachers a huge complement of additional tools, and will spur interest in any number of aviation careers."

"Having a blast," posted a conference-goer on the new Fly Michigan Facebook page. The page, which invited aircraft owners to fly in and display their aircraft at the workshop, had accumulated 587 likes by late October. 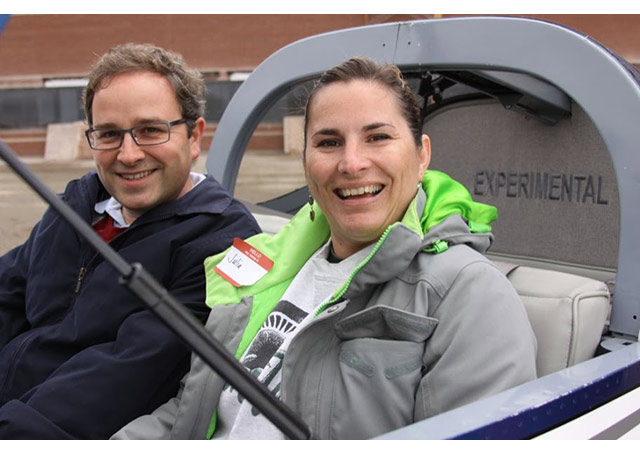