Get the app Get the app
Already a member? Please login below for an enhanced experience. Not a member? Join today
News & Media Lockheed envisions nuclear aircraft

Imagine running a preflight checklist that replaces the magneto and oil pressure checks with monitoring steam turbine pressure, magnetic field strength, and the core temperature of your fusion reactor (in millions of degrees). Lockheed Martin announced Oct. 15 that fusion-powered flight could be a reality within a decade.

The Bethesda, Maryland-based aerospace and defense firm outlined online how its famously secret Skunk Works is cooking up a fusion reactor that could fit in a truck bed. Lockheed envisions such a system could power ships at sea, transport aircraft (starting with the largest, like the C-5 Galaxy), and any number of other applications. 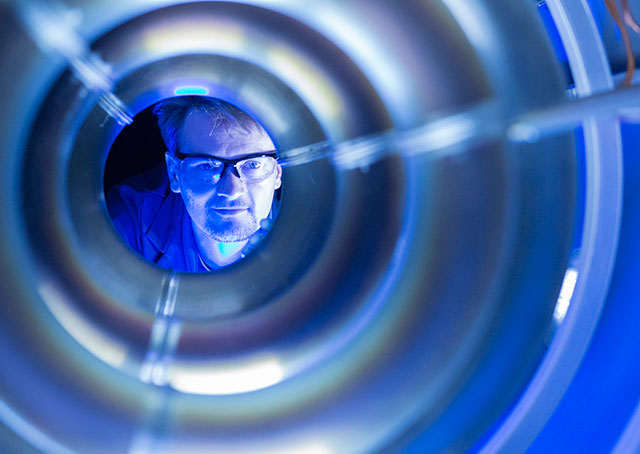 Skeptics were quick to push back, noting the decades-old goal to harness the same energy source that powers the sun that has, to date, proved elusive. Conceding the 10-year timeline laid out by the company is “ambitious,” Heather Kelso, a spokesperson for Lockheed’s Skunk Works, said collaboration will be the key.

“We know that partnerships with the best and brightest in government, industry, and academia are critical to advancing the concept further, which is why we decided to go public with our efforts now,” Kelso wrote in an email response to questions from AOPA. “The project team is pushing for rapid innovation. While ambitious, the timeline is based on being able to complete a design/build/test cycle in a year, and an estimate that we will need 10 generations to reach a first product.”

Fusion reactors could theoretically use a comparatively tiny volume of abundant fuel to power the world for millions of years to come; the fuel can be found everywhere there is water. Fusion produces a tiny fraction of the waste of nuclear fission, and produces far more energy: about 10 million times more than coal for a given amount of fuel, and up to four times the energy produced by fission from a given volume of fuel. 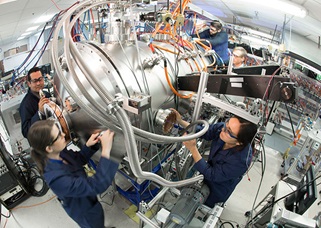 Lockheed gave Aviation Week & Space Technology a sneak peek at the Skunk Works compact fusion program, resulting in the most detailed account to date of the specifics. Australian physicist Matthew Hole wrote an online response to the Lockheed announcement, grumbling about a lack of specifics and detailing the daunting technical challenges that have bedeviled efforts to realize fusion’s potential for decades. Lockheed, Hole said, did not present its research to academics and field questions from experts, publishing only general descriptions of the “high beta” concept (using a comparatively low-energy magnetic field to contain high-energy plasma heated to millions of degrees).

“This isn’t enough information to substantiate a credible program of research into the development of fusion power, or a credible claim for the delivery of a revolutionary power source in the next decade,” wrote Hole, who belongs to a group advocating for Australian participation in the International Thermonuclear Experimental Reactor program, which is working to build a much, much larger fusion reactor in France and have it operational by 2020. (The United States is among the participating nations.)

Environmental scientist and Forbes contributor James Conca is also among the skeptics who questioned Lockheed’s ability to contain the same reaction that drives the sun in a reactor that could fit in an aircraft within the decade. Conca challenged Lockheed’s premise is that the incredible heat of plasma, a high-energy soup where atoms break down into constituent parts, and then fuse together, releasing tremendous energy, can be contained with a magnetic field generated by relatively small magnets.

“Unfortunately, the magnetic bottle was abandoned in the 1950s when it was found that plasma hits the wall at the ends and is quenched due to heat conduction. That’s why we came up with the stellarator design, using a mag-bottle shaped like a figure-8 racetrack,” Conca wrote. “We’re still trying to make that one work.”

Kelso gamely responded to the skeptics:

“We understand what it will take to develop an operational reactor. The history of science has shown that unexpected challenges come up in technology developments of this type, and fusion in particular will continue to have significant engineering and material science challenges,” Kelso wrote.

Lockheed’s announcement nearly coincided with word of a similar effort at the University of Washington, where a research team is working to develop a compact fusion reactor of its own. That effort was scheduled for presentation this month at the International Atomic Energy Agency Fusion Energy Conference in St. Petersburg, Russia.