Get the app Get the app
Already a member? Please login below for an enhanced experience. Not a member? Join today
News & Media Continental boosts diesel retrofit capacity

CD-100 series retrofit kits to be assembled in Alabama 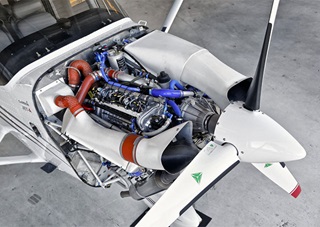 Continental Motors Group will soon begin assembling retrofit kits in Alabama to reduce the lead time and speed delivery of the CD-135 (135 horsepower) and CD-155 (155 hp) engines that run on jet fuel, and are increasingly in demand for retrofits.

The company announced April 16 that the FAA has issued the required production certificate. Retrofit kits assembled at the Continental Motors Services facility in Fairhope, Alabama, and engines made in Germany will be stocked in Fairhope starting in the second quarter. The company plans to list that inventory on its website.

The company promised further announcements, and continued expansion of services in Fairhope and Medley, Florida.

AOPA Pilot Senior Editor Al Marsh flew and reported on the the Cessna 172 retrofitted with a CD-135 engine by Premier Aircraft of Fort Lauderdale, Florida, in the February issue. Premier reported strong demand for the conversion, and they are not alone in the market. RedHawk Aircraft, affiliated with Redbird Flight Simulations in Austin, Texas, also installs CD-135 engines in Skyhawks.

As the retrofit market grows, manufacturers are adding the same engines to their product lines. Piper Aircraft is reportedly on the cusp of securing FAA approval for the Archer DX, powered by the CD-155 and approved in Europe in early 2014. Cessna Aircraft is working to certify the CD-135-powered Skyhawk announced in July.

Much of the demand for compression ignition engines (able to burn Jet A, and in some cases other fuels including biodiesel) is overseas, and Continental is marketing the CD-100 series aggressively in foreign countries where avgas is often significantly more expensive, if even available.