Get the app Get the app
Already a member? Please login below for an enhanced experience. Not a member? Join today
News & Media Event launches Colorado’s spring flying season 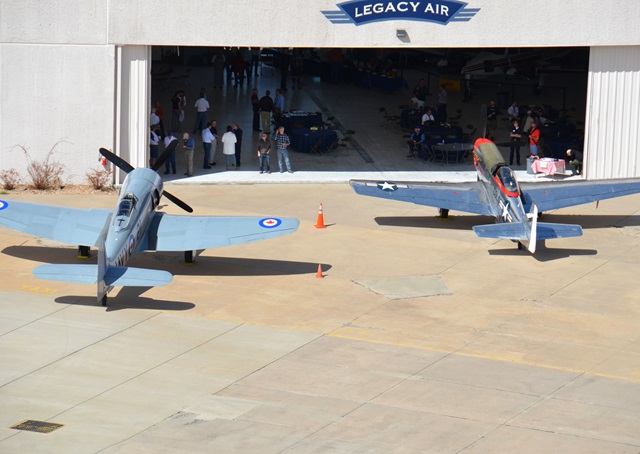 Members of Colorado’s aviation community came together to strengthen ties, enhance safety of flight, and enjoy each other’s company in an annual meet-and-greet event at Denver’s Rocky Mountain Metropolitan Airport.

Pilots are always eager to share safety information, and the Colorado Pilots Association’s 2015 Spring Meet and Greet event included a roundtable to spotlight “flying in a drone (uas/uav) environment,” as organization President Ann Beardall said in an advance message publicizing the event to her membership.

“We will have folks from different areas of aviation including the agricultural pilots and law enforcement who are already contending with the danger of running into objects, usually equipped with cameras, flying everywhere and anywhere. We want to be out front in creating an effective way to educate and fly safely within the same spaces,” she wrote.

The FAA, the Colorado Division of Aeronautics, Metropolitan State University of Denver’s Aviation and Aerospace Science Department, and other aviation businesses and organizations were all represented at the event that turned out more than 100 participants.

The roundtable was facilitated by Jessica Freeman, the executive director of the Colorado Agricultural Aviation Association.

“In 2014, AOPA worked with the agricultural aviation group to pass legislation requiring the marking of meteorological evaluation towers (METs) in the state, significantly increasing the safety of low-altitude aviation operators such as aerial applicators in Colorado,” Ulane said.

Ulane took the opportunity to meet members and discuss AOPA’s current initiatives—with much interest focused on the association’s advocacy for the Pilot’s Bill of Rights 2.

Steve Ducoff, Airport Support Network volunteer at Colorado Springs Municipal Airport, handed out information and sought volunteers for the AOPA Fly-In to be held at that airport on Sept. 26.

“Through AOPA’s Regional Manager program the association continues to engage and advocate for members where they live and fly,” he said.