Get the app Get the app
AOPA will be closed July 4th, in observance of the Independence Day holiday. We will reopen at 8:30 am ET on Tuesday, July 5.
News & Media Town enacts noise rules 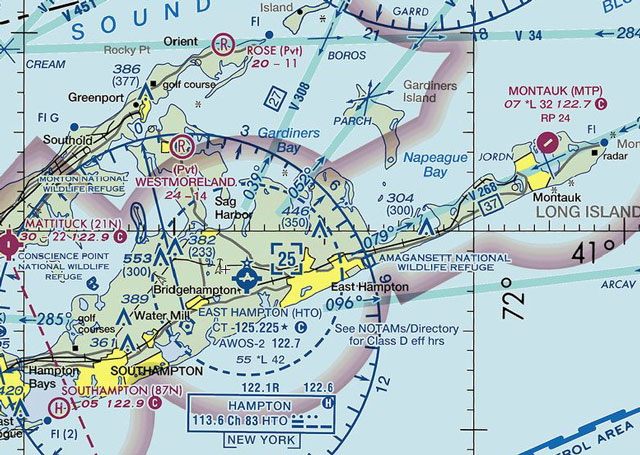 Town officials told The Associated Press that enforcement will begin on Memorial Day weekend. The April 16 vote meanwhile sends penalties associated with the local airport laws to a May 7 public hearing at 6:30 p.m. in the town hall.

The legalities remain unclear, and will likely be decided in court.

A group of associations, operators, and other airport backers filed suit in January in an effort to force the FAA to override the town’s new rules. The legal action specifically challenges the FAA decision to waive its authority to preclude local limits on aircraft operations.

A spokesman for Friends of East Hampton Airport told The Associated Press that the restrictions are severe, and illegal.

East Hampton officials opted not to pursue the most restrictive measure that had been considered—a weekend ban on all helicopters during the summer tourist season—but went ahead with other measures including a yearlong, mandatory curfew from 11 p.m. to 7 a.m. daily. (The AP reported different hours, though various documents posted on the town website including the most recent available draft of the local law list 7 a.m. as the morning limit of the curfew.) The town board also approved an extended daily curfew for aircraft deemed noisy (with a list of such aircraft to be compiled based on published noise characteristics that will include various helicopter and business jet models) from 8 p.m. to 9 a.m., and limited the operations of noisy aircraft to one takeoff and landing per calendar week from May 1 to Sept. 30.

Town officials estimate the restrictions will eliminate thousands of operations per year, most of them helicopter operations. Town officials expect many of those flights will be diverted to nearby airports, though local officials contend the increase in noise elsewhere will be less than the local reduction in noise.

AOPA staff continue to work with operators and members in the area, and other aviation groups involved. Various options are being considered.

The local ordinance includes stiff penalties for violations, with a fine up to $1,000 for a first offense by an individual aircraft; up to $4,000 for a second offense; up to $10,000 for a third violation; and a possible two-year ban on operating at East Hampton Airport for a fourth violation.

The town’s new laws direct airport staff to maintain on the town website a current list of aircraft defined as noisy based on noise characteristics published by the FAA, or (if no such data is available from the FAA), the European Aviation Safety Agency. They will be defined as any airplane or rotorcraft for which there is a published effective perceived noise in decibels (EPNdB) approach (AP) level of 91.0 or greater, based on a list the FAA has published. Many light business jets fall just below or just above this limit.

The town also has given operators the option of having their aircraft designated noisy or not based on noise data published in the aircraft manual.

The town website includes a collection of documents related to aircraft noise.