‘Beyond the Powder’ to debut in September

Beyond the Powder, a new documentary on women air racers, will debut Labor Day weekend on public television stations in northeast Ohio. The film was screened at EAA AirVenture in July. 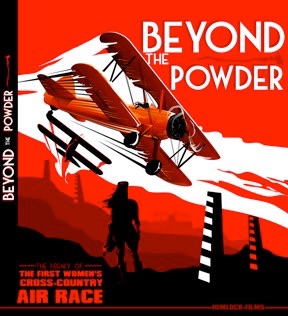 Beyond the Powder focuses on the 1929 Women’s Air Derby, also known as the Powder Puff Derby, and contrasts the experiences of those pilots with women competing in the 2014 Air Race Classic. Writer/director Kara Martinelli flew along with Maryland pilots Lin Caywood and Susan Beall in Caywood’s Cessna 182 during the 2014 race.

The first all-women’s air race was flown from Santa Monica, California, to Cleveland, Ohio, to kick off the National Air Races. The pilots made history while flying across the country, enduring acts of sabotage, fatal accidents, and mechanical issues that made engine failures and off-airport landings common. The documentary seeks to illustrate how modern racers carry out the legacy of the original racers.