Get the app Get the app
Already a member? Please login below for an enhanced experience. Not a member? Join today
News & Media 'Feathered Edge' delights Aviation Day audience 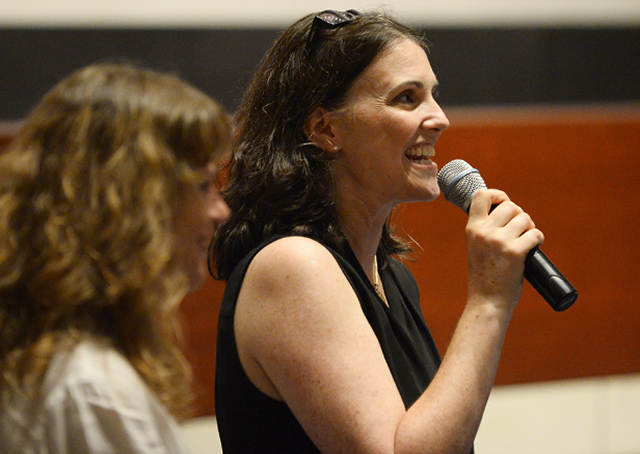 Filmmaker Kim Furst received three ovations from Boy Scouts, Girl Scouts, and fellow aviators for her film, Flying the Feathered Edge: The Bob Hoover Project, during a National Aviation Day showing of the movie in the U.S. Capitol Aug. 19.

“I was looking for that aviation story which hadn’t been told yet,” Furst said as she introduced her movie to a crowd of about 100 attending the free event in Washington, D.C., hosted by the Smithsonian's National Air and Space Museum.

Hoover, an Air Force fighter pilot, experimental test pilot, and airshow favorite, was praised in the film by friends and fellow pilots Sean D. Tucker and Harrison Ford, who both said they looked up to Hoover for inspiration.

In fact, Tucker says in the film that he still receives input from Hoover after airshow performances, “especially when Bob thinks I’m pushing it too far.” 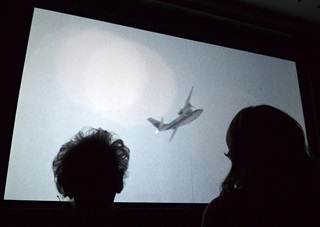 Hoover’s life story reads like an action-packed thriller. Before his name became closely associated with demonstration and airshow performances in an Aero Commander twin, the former Air Force pilot was a spotter for Chuck Yeager and the Bell X-1. In a bold move even for a young World War II fighter pilot, Hoover escaped from a German prison camp by liberating a German FW-190 airplane from Stalag Luft 1.

In the film, the 93-year-old talks about his role as a test pilot for North American, the company that claimed fame with its P-51 Mustang, F-86 Sabre fighter jet, F-100 Super Sabre, and Sabreliner business jet.

During the screening, Furst said that her life in aviation has come full circle since she was a youngster who spent her summers working at the national aviation museum. The filmmaker put her own pilot training on hold when she became pregnant with her now 3-year-old son Lachlan, who quietly slept through the movie screening.

“As I was returning from Oshkosh this year, I said to myself ‘This is it, I need to finish my flight training.’ I’m a little hooked on aviation and now that Lachlan is three, I thought how cool would it be for him to be in the plane with me,” Furst said.

After the film Furst stayed late to pose for photos with the Scouts and chat with fellow pilots about flying and moviemaking until the building closed for the evening.