Get the app Get the app
Already a member? Please login below for an enhanced experience. Not a member? Join today
News & Media FAA certifies Florida school’s new A&P program 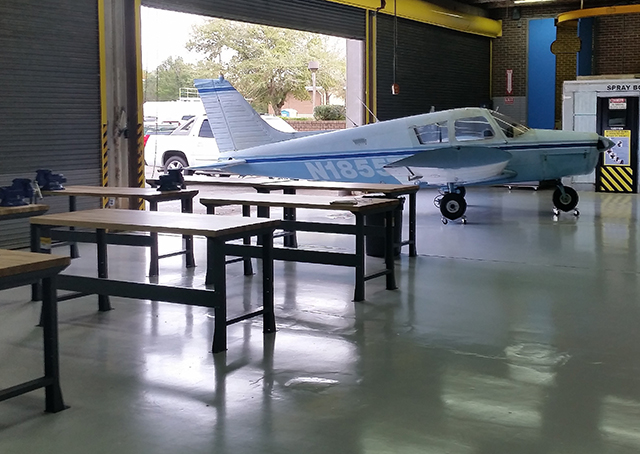 Instructors Bill Davis and Kyle Cook will be teaching students how to service, maintain, and repair aircraft systems, airframes, powerplants, and other components. Davis earned his maintenance chops during a 33-year stint in the U.S. Air Force that spanned active and reserve service. “I’m primarily a propulsion guy from my duties with the Air Force but I learned all the other systems out of necessity,” Davis told AOPA. He added that Cook “was priceless” in helping shape the new school’s syllabus and curriculum.

“At this point we’re certified for the general and the airframe programs. We’re going to have our first class in January and that will take the students out through May,” Davis said. “At the end of the summer that first class will tackle the airframe portion of our program and after that class we hope to have the powerplant course on line.”

School principal Thomas Rollins told the Pensacola News Journal the inaugural spring class would have 25 students per instructor. Rollins said financial aid for the aircraft maintenance program will be available for qualified students, and he estimated the program would cost them between $6,000 and $7,000. “We hope hundreds and hundreds of adults will work through this (program) and improve their way of life,” Thomas told the newspaper.

Davis said students will use their new skills on the single-engine, propeller-driven Cherokee and on a North American T-39 U.S. Navy jet trainer, both of which were donated to the school’s aircraft mechanics’ program. “The Sabreliner was the last serviceable T-39 airframe that was, quite literally, a flying aircraft two weeks before we got it so we were real fortunate there. We also have a Lancair Legacy donated to us by a Delta pilot because he didn’t have the time to finish building the kit, so it’s still in pieces.” 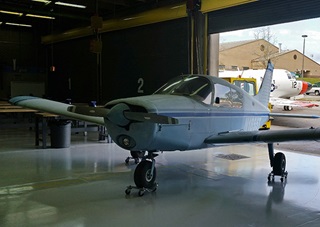 Davis said he expects to drag a pair of broken aircraft out of the nearby Florida pines so students can work on them, too. “Hurricane Ivan damaged a Cessna 150 and a Navion and they’ve been sitting there since 2004, but first I have to figure out a way to get them out of the woods.”

Although the adult-oriented technical school doesn’t have an airport, it is close to Ferguson Field. The airfield has an agreement for George Stone students to do taxi checks and engine runups there. “They’ve been a tremendous partner for us and they also provided the Cherokee 140,” he said.

Davis said the FAA was helpful as he tackled the intricate groundwork for the school’s aviation maintenance program. “The FAA guys we had were absolutely outstanding and it was a learning experience for me. Our inspectors truly helped us and gave us good direction. They were wonderful,” he said.

“We’re truly hoping for big things here in our area and a chance to start training the next generation of aircraft technicians. This has certainly been a collaborative effort with the school district, our business partners, and community. Without the support of all of them we wouldn’t have gotten this to go as far as it has,” Davis said.

Davis said crafting the new maintenance school was akin to having a baby, with all the pressure and uncertainty a new parent faces. Now that the program is off the ground, Davis said he is hoping to finish training for a private pilot certificate that he began decades ago. “I’m probably going to go through Ferguson Field for my flight training. My afternoons are free and I really enjoy aircraft. It’s fun to me, and I just enjoy everything about them.”