Letters for my drone 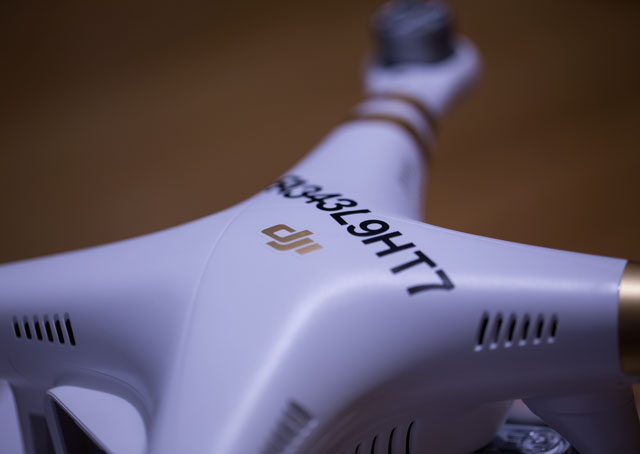 But his soul was mad. Being alone in the wilderness, it had looked within itself and, by heavens I tell you, it had gone mad.
- Joseph Conrad, Heart of Darkness

Just a few short months ago, I called them “flying FOD.” My opinion regarding the unmanned aircraft now proliferating has since evolved, though as a pilot, I remain concerned about this powerful and potentially dangerous technology falling into the wrong hands. That includes ignorant as well as malicious hands. I don’t want to see one on final approach, or just after takeoff, or, worse yet, not see one until I hit it.

Unmanned aircraft, drones in the popular parlance, are selling like hotcakes, and like it or lump it, we who have invested thousands of dollars and dozens or hundreds of hours to become certificated pilots will have to deal with them. The cat is out of the bag, and it is prowling. Actually, about 700,000 cats, according to the most recent estimates. Many people (and not only pilots) are in a tizzy over this. I was, until recently, among them. I am more hopeful, now, that we will manage this transition without bloodshed.

I have seen many drones, met many operators, and seen a glimpse of what the future may hold. In September, I attended an unmanned aircraft convention in Las Vegas, where Chris Anderson, CEO of 3D Robotics, one of the leading manufacturers of small UAS, compared the dawn of the drone age to another technological leap forward, the arrival of the Internet.

Quadcopters and similar systems can now carry cameras and other sensors to an altitude that was previously unreachable for the average person. Anderson noted that the cost of aerial photography is now within the means of nearly everyone, that “we have democratized remote sensing.” He also predicted that whether we like it or not, “drones will win.” They simply have too much going for them, too many unique capabilities, and there is too much demand. Data available so far supports that conclusion.

To be safe, UAS users must be educated. Anderson envisions most of that happening online. And so it has begun: My new FAA drone registration arrived by email with links to the B4UFLY mobile app, a list of basic safety guidelines (fly below 400 feet; don’t be reckless or careless; keep your UAS within sight; don’t fly near airports, stadiums, or other people; stay away from other aircraft at all times; and don’t fly under the influence). There were useful links to follow to various FAA pages, as well as to the Academy of Model Aeronautics (which has indicated to its members that there will be pushback from model aircraft enthusiasts over the new registration requirement).

The registration process for my Phantom 3 took about five minutes, including a brief wait for a confirmation email from the FAA website for small UAS registration. I supplied my name, email, physical address (phone was optional), and credit card number (the $5 fee will be refunded for those who register by Jan. 20), and in return I got a nice, hot, electronic bowl of alphabet soup. My Phantom 3 (along with any other small UAS between 0.55 and 55 pounds that I might buy and fly in the future) is now known to the FAA as FA343L9HT7. Good thing I don’t have to spell that out on the air. Pity that I bought the stick-on decal letters at half-inch size. Those letter decal sheets come with just one “3” apiece, so I had to buy two sheets for one Phantom. A sharpie would have probably been a better choice. It only needs to be readable “without tools” by any future law enforcement or other official who collects my broken drone from, say, the steps of the state capitol, or anywhere else it had no business flying.

As a private pilot, I will see to it that never happens. I’m well-acquainted with airspace and FARs, and, more importantly, trained to think about safety and risk management at every phase of flight, including the preparation before the flight. Those who fly unmanned aircraft for commercial work are, so far, all certificated pilots as well—the FAA has required a certificated pilot for all Section 333 exemptions granted to date. As I recently learned from flying with Frank Galella of Next Generation Aviation Services, the professionals are applying lessons learned about aviation safety over the past century of powered flight to UAS operations, and that bodes well for this segment of the unmanned operator world, and for general aviation, too.

I’m willing to bet that professional, trained aviators represent a minority of the 700,000 new drone owners out there, but another piece of good news is that many if not most of the rest are truly toys (available online for $50 or less, with controller). The radio range of many of those systems is limited to about 100 feet, give or take. Toy drones will stop flying pretty fast if they get beyond that range.

This leaves another segment, really the only segment I personally worry about: the untrained, new owner of a DJI Phantom or similar system that is very easy to fly and has the range to get into real trouble. (I noted with horror that the documentation for mine indicates a service ceiling of 19,685 feet, while the published radio telemetry range is just over 16,000 feet; there are after-market systems that can extend radio range much farther.) 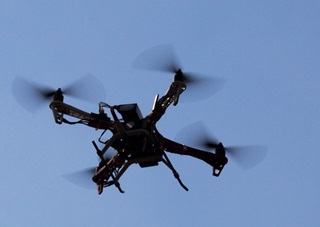 I cringe at the thought of my teenage self getting his hands on one of these. My teenage self would probably be able to tell me within a few minutes of startup exactly at what altitude the signal fades. If registration makes even a few of my former selves behave themselves, and get a little bit educated prior to launch, I’m inclined to think that’s better than nothing, which is basically the guidance offered in product packaging when it comes to airspace and aviation regulations. Manufacturers whose packaging I've seen so far basically tell customers to “look it up” when it comes to applicable requirements and laws. There seems to be room for improvement.

In the coming months, the FAA will finalize new rules for commercial operation of unmanned aircraft, and that long-awaited rule will almost certainly mandate formal training. Hobbyists may remain free to do what they want below 400 feet agl, and it may remain up to them to self-educate. Time will tell.

Meanwhile, pilots of manned aircraft do have an opportunity to help. We can all brief our drone-flying friends on some of the key points, including the basics of airspace and the value of checklists and standardized safety procedures. The more ambitious among us (myself included) might even work more actively along these lines, organizing an airport open house and inviting the local community to participate, as some have already done.

We also can learn from the unmanned aircraft operators, and educate ourselves on the particulars of these systems and how they work. And what they are capable of. That knowledge can inform our concern, focusing on where the risks lie rather than where they do not. If nothing else, notams now include advance alerts of any commercial UAS operations in a given area, and they are worth a look.

I have to confess that I have indeed “gone native” to some extent, after getting my hands on a drone of my own. I’ve thought more than once about Heart of Darkness, both the original novella by Joseph Conrad and the later movie adaptation, Apocalypse Now. The protagonist, Christopher Marlow, journeys up the Congo River to find a station agent named Kurtz who had gone mad, and who has convinced the natives to worship him.

Among Conrad’s points, there is little beyond context that separates “savage” from “civilized” human, that we are all closer to being seduced into madness than we might realize. I’ve wondered whether I’m more like Marlow, who manages to retain perspective on the world he’s from, or Kurtz, who loses all perspective and embraces the “savage” world exclusively. I still love to fly a Super Decathlon, or even a Cessna (in a pinch), and I expect to be drawn to flight for as long as I’m able, and beyond.

But the thing about these drones is, they really are aircraft, small though they may be, and while they won’t take you for the ride, they demand every bit as much focus and forethought and, yes, skill to operate safely as any other aircraft. So operating them is more rewarding than I had expected, from a pilot’s point of view. The metaphorical river has led me to a surprising destination. There is not so much that separates us, the manned from the unmanned aviators, after all.