The swarm of drones to come 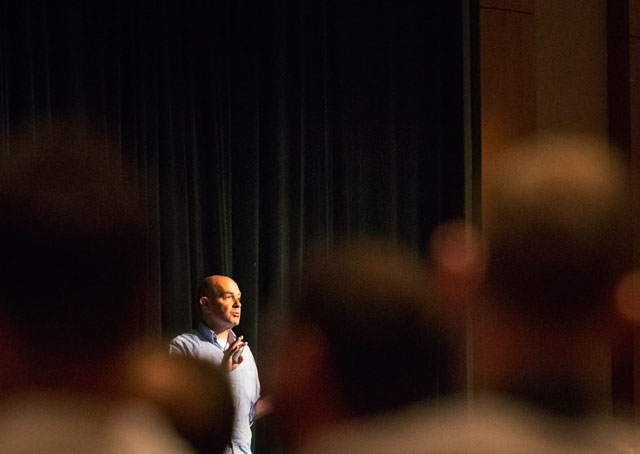 Chris Anderson made a strong case that unmanned aircraft are about to change the world in much the same way the Internet did, and that the change is inevitable. The CEO of 3D Robotics delivered the opening keynote at an event billed as the largest drone convention held in the world to date, the International Drone Conference and Exposition in Las Vegas. Most of the 3,000 registered attendees packed into the massive hall for Anderson’s Sept. 9 talk, with more arriving for the three-day event as he spoke. The crowd included more than a smattering of certificate-holding pilots who are straddling the manned and unmanned aviation worlds.

Seminars and classes covered details of the construction and operation of drones, the legalities of commercial operation, and safety. One presenter's company, founded by pilots experienced in Part 121 and 91 operations, has applied the lessons learned in a century of manned aviation to develop similar procedures and protocols for operating camera-toting drones.

Anderson, the Editor in Chief of Wired magazine from 2001 to 2012 and a bestselling author, said the technology behind unmanned aircraft is rapidly progressing to a point where they will transform the way we see the world in much the same way the first photographs from space changed humanity’s perspective more than four decades ago.

“It looks to me like the dawn of the Internet,” Anderson said of the current state of unmanned aviation. “We have democratized remote sensing.”

Anderson and others at the convention are detailing a range of new missions and capabilities being developed for unmanned aircraft. Farmers can now gather detailed data about the state of their crops and program their computer-driven tractors and irrigation systems to deliver precisely what each field needs, to name one example noted by another presenter. Rapidly gaining sophistication with more robust computing power, more sophisticated sensors, and the precursors of artificial intelligence, drones are evolving at a torrid pace that will only ramp up in the months and years to come. “We are at the first minutes of the day, seeing what they are going to do,” Anderson said. 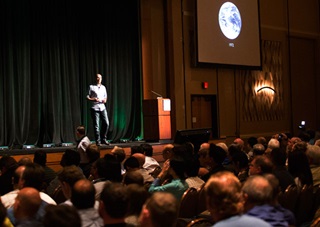 He also compared the advent of unmanned aviation to the advent of cell phones. Satellite companies once hoped to become the basis of a global phone network, but cellular companies offered an alternative that became the architecture of today. By 1998, Anderson said, there were 64 satellites supporting voice communications from above the planet, and 1 million cell towers below. The battle between cellular and satellite was already over.

“If you understand why cell phones won, you will understand why drones will win,” Anderson said. “Drones scale in a way that satellites will never scale… drones can take four orders of magnitude out of the cost of remote sensing.”

Drones themselves are becoming more capable as they become more connected. Anderson detailed a new paradigm emerging that links aircraft and operator through cloud computing, leveraging the vast computing power of the cloud to give individual drones (or swarms of drones) the ability to operate in a coordinated way, and transcending the limits of what a few lightweight microchips on board the tiny aircraft can do. This will facilitate autonomous operation, Anderson said, which is one of the keys to realizing the potential of the technology. He compared these future swarms of drones to the automated sprinklers invented by his grandfather, simple timing devices that automated a once time-intensive task of spreading water over a large area.

“Rather than treating them like manned aircraft minus the man, we can think of them as sprinklers with wings,” Anderson said. “We’re actually now thinking about constructing these platforms as connected devices from the start.”

Connecting drones and their operators through a massive network will create capabilities not yet seen in the real world, drawing information and data in real time from a host of sources in the air and on the ground. Modern drones are now capable of running software once reserved for the advanced robotics world, and Anderson said drones, mobile devices that operate them (smart phones), and the cloud will run common software, and that will enhance safety as well as sensing capabilities. The cloud will feed information to operators about airspace restrictions (Anderson mentioned temporary flight restrictions as one example) and build situational awareness.

“All that sort of educating users is going to happen through the cloud,” Anderson said. It will be the end of individual operators and individual machines “that allow some kind of (undesirable) mass jackassery. We can stop them from [behaving irresponsibly].”

Leveraging the power of the cloud will give even small unmanned aircraft the capability to sense and avoid obstacles and hazards, or sense and warn the operator who can act appropriately, as the case may be. This capability, Anderson noted, will be essential to facilitate operations beyond the operator’s visual range, untethering the drones (and swarms of drones) to realize their potential. 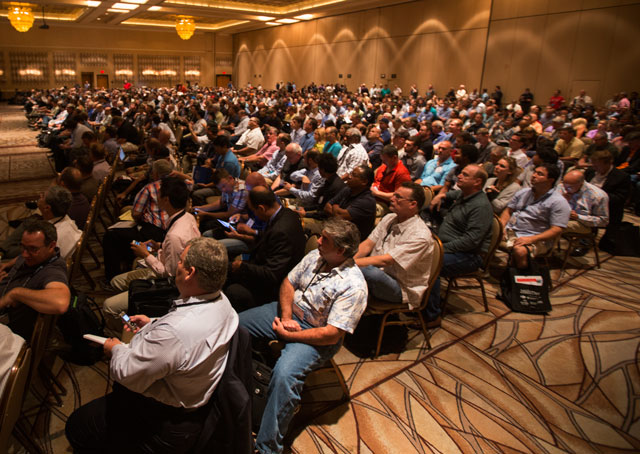