Get the app Get the app
AOPA will be closed July 4th, in observance of the Independence Day holiday. We will reopen at 8:30 am ET on Tuesday, July 5.
News & Media Drop in chopper shipments a concern, analyst says 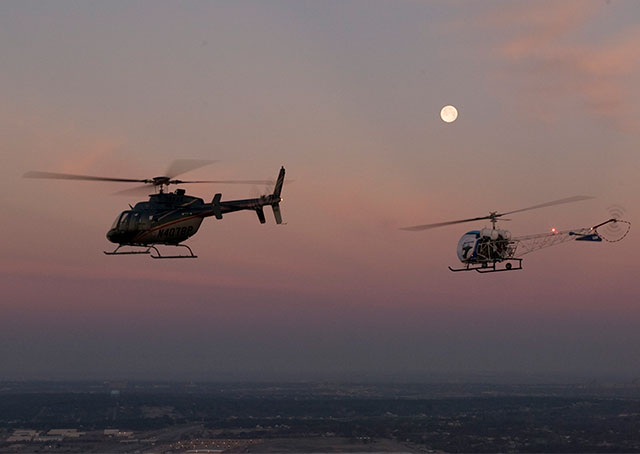 Deliveries of helicopters in 2014 plunged and are the area of greatest concern found in the General Aviation Manufacturers Association year-end report on aircraft billing and shipment numbers, says aerospace analyst Brian Foley of Brian Foley Associates. Of special concern are sales of large helicopters used to ferry oil workers to offshore platforms.

“The most concern I saw out of everything is the rotorcraft market,” Foley said. “What concerns me is twofold.

“First, we have to think of two things that have happened. The first is the strength of the U.S. dollar. If you are a non-U.S. company looking to buy a helicopter in today’s dollars, it looks like it is 20 percent more expensive than it was a year ago. You are going to have to use more of your own currency because the dollar is so strong today.

“In addition, the price of oil can affect this segment. One of the largest components in value of the civil helicopter market is offshore oil and gas. We’ve already seen evidence that oil companies are starting to reduce their capital budgets for 2015, idling some rigs onshore and offshore. As a result, that could reduce the demand for oil and gas helicopters to ferry workers back and forth to the rigs offshore. That could be a domino effect, where first the oil companies cut back on their trips out to these rigs or shut down rigs altogether. That flows back to the operators of these helicopters that are engaged to ship the employees back and forth. If that slows down, then the service providers that fly the helicopters could delay their deliveries of new offshore helicopters or simply hand the keys back to the leasing companies.

“It all points back to the manufacturers order book and we could see with a sustained reduction in oil prices deferrals or cancelations of this very important part of the order book,” Foley said.

“That said,” Foley added, “low oil prices could benefit smaller helicopters. The operators—everything from law enforcement to corporate operators—might be moved by lower operating costs per hour. They might just figure, hey, now is as good a time as ever. My operating costs aren’t going to get any lower. In fact, they might go up. Let’s jump in and buy here. I’m more bullish on the small and medium helicopters.”