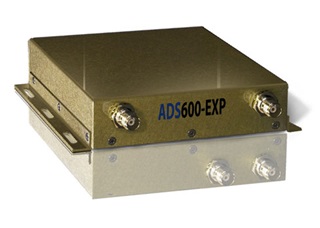 NavWorx, a Texas avionics firm that manufacturers a range of Automatic Dependent Surveillance-Broadcast (ADS-B) equipment, wasted little time taking advantage of an FAA technical rule change that reduces the cost of ADS-B Out mandate compliance for some: The firm announced on Feb. 11 the ADS600-EXP, a remote-mounted transceiver that will allow kit builders to satisfy the coming mandate for ADS-B Out, which takes effect Jan. 1, 2020—after which ADS-B Out will be required in airspace where a Mode C transponder is currently mandated.

In a letter to FAA Administrator Michael Huerta, 13 industry groups including AOPA emphasized that some types of aircraft, including experimental aircraft, had no path to compliance at that time. The letter also asked the FAA to quickly address the high cost of ADS-B equipage.

AOPA was pleased when the FAA announced the technical correction which clarifies that devices for experimental aircraft need only match the performance requirements of the applicable technical standard order, without having to meet all TSO specifications. The FAA noted that the change corrects the inadvertent removal of the word “performance” from a 2010 rule, and it was not the agency’s intent to require TSO-equipment installations in experimental amateur-built aircraft.

The ADS600-EXP is based on the NavWorx ADS600-B, which has received FAA TSO and supplemental type certificate approval.

NavWorx President Bill Moffitt said the ADS600-EXP is roughly 95 percent similar to the ADS600-B, but has just two interface options: Wi-Fi and RS232. He said the same strategy could create an option for certified aircraft that is significantly less expensive than the ADS600-B, which has additional connectors for serving a broad range of devices, and lists online for $2,399.

“I’d love to (start with) that 600-B and remove some of those interfaces,” Moffitt said. “The amount of time and money that the government makes me go through to make a change to a currently certified box is cost-prohibitive.”

The company announced Feb. 11 that the new device designed for experimental aircraft will be offered for $699 for a limited time; the standard list price is $799. Moffitt said the ADS600-EXP is expected to ship in March, at which point the price will be reevaluated.

“If we got 100,000 orders tomorrow, we’d probably bump it up a couple bucks,” Moffitt said, chuckling. He said the company, founded and staffed by pilots (about three of every four current employees are pilots), remains committed to giving fellow pilots affordable options.

“We keep trying harder and harder to get that cost down,” Moffitt said, noting that there are plans to further expand installation flexibility of various devices.

The ADS600-EXP can be paired with another NavWorx product, the TransMonSPE, which eliminates the need to replace older transponders or altitude encoders.

The rule change enables installation of non-TSO equipment that meets applicable performance standards in kitplanes including amateur-built light sport aircraft, but not factory-built LSAs (SLSA), though Moffitt hopes that standard will be applied to a broader range of aircraft in the future.