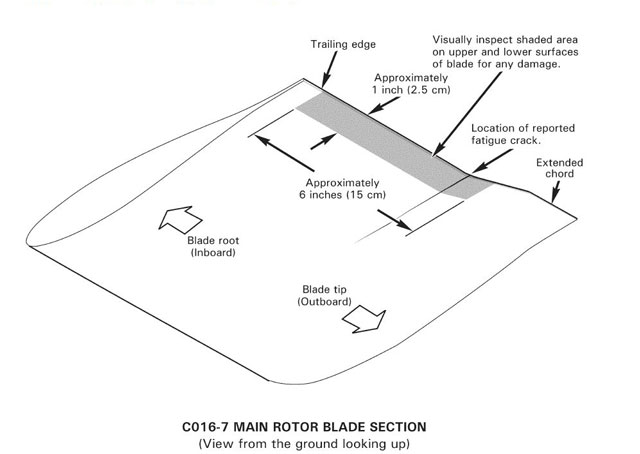 An emergency landing in New Zealand has prompted the FAA to issue a special airworthiness information bulletin (SAIB) pertaining to Robinson R44 and R44 II model helicopters with a particular main rotor installed.

The SAIB applies to helicopters with the main rotor part number C016-7, and the FAA recommends a daily preflight check for signs of cracking or fatigue on the trailing edge of the rotor.

The pilot of an R44 II flying in New Zealand made a difficult but successful emergency landing after an in-flight failure resulted in severe main rotor vibration. New Zealand aeronautical authorities issued a similar bulletin in January.

The FAA advises that if any damage is detected during preflight, the rotor blade should be examined thoroughly by a qualified technician. Any positive findings also should be reported to Robinson Helicopter Co. The company posted a safety alert on its website Feb. 23.

The FAA noted in the Feb. 23 bulletin that “the airworthiness concern is not an unsafe condition that would warrant airworthiness directive (AD) action.”

More than 5,000 R44 helicopters have been produced since the model was certified in 1992.