Get the app Get the app
Already a member? Please login below for an enhanced experience. Not a member? Join today
News & Media Training Tip: Speed reader 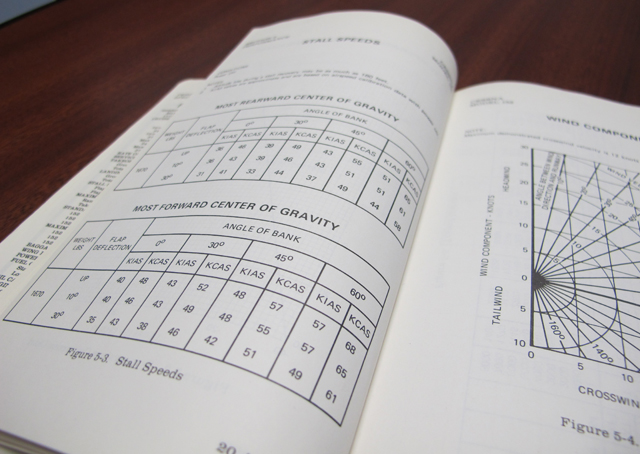 Quick, what’s the Vso for your trainer? What’s 30 percent of that airspeed, and can you think of a scenario in which you would add 30 percent to Vso to determine an operating speed?

Here’s another query about Vso, defined as the speed at the bottom of the white arc on the airspeed indicator: Is it a fixed value, or subject to conditions? (Hint: Do aircraft weight and center of gravity affect Vso? )

Your trainer’s pilot’s operating handbook chapters on operating speeds and performance will provide answers to most of these questions. Your flight training, especially the slow-flight drills, will give you the ability to hit the speed you need, by showing you the approximate power-and-pitch combination required to establish a desired profile. Practice will give you the skill to arrive at those settings quickly and accurately.

Vso plus 30 percent is sometimes recommended as a final approach speed for a light aircraft, absent a specific manufacturer’s recommendation. But there’s more to calculating the operating speed than that: Don’t forget about the wind.

A standard technique is to add half the gust factor to your airspeed in windy conditions for better aircraft control. (Remember from slow-flight practice that an aircraft’s response to control inputs becomes sluggish and induced drag increases as airspeed nears the lowest part of the range). So when landing in a wind that has a 12-knot gust spread, add six knots to the calculated speed of 1.3 Vso.

When looking up Vso, remember to consider the aircraft’s center of gravity. A 1983 Cessna 152’s POH provides two performance charts for stall speeds—one for the most rearward center of gravity and one for the most forward center of gravity at 1,670 pounds maximum weight. Comparing the two tables' power-off KIAS values for full flaps and zero bank angle, you note a 4-knot difference in the published indicated airspeeds. (The designated examiner who administers your flight test will expect you to have determined the center-of-gravity position for a given loading and selected the applicable Vso.)

Fortunately, calculating the approach speed isn’t necessary with this popular trainer. The Cessna 152 POH provides speed ranges for landings with flaps up and with flaps down, and recommends airspeeds to use with the short-field landing technique. The POH also advises, "Slightly higher airspeeds should be used under turbulent air conditions."