Get the app Get the app
AOPA will be closed July 4th, in observance of the Independence Day holiday. We will reopen at 8:30 am ET on Tuesday, July 5.
News & Media Stratus adds synthetic vision 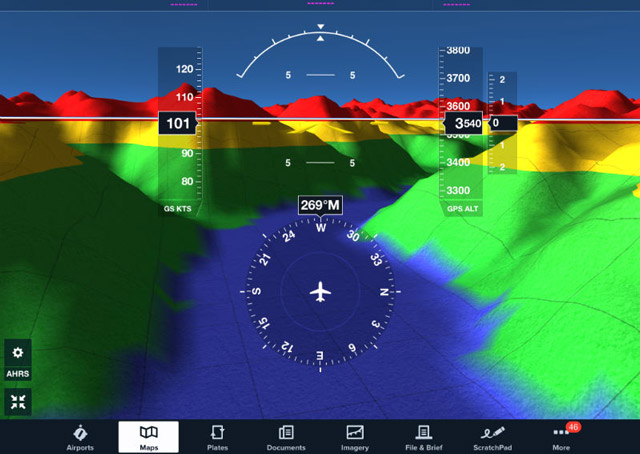 The Stratus 2 may still be billed as a portable Automatic Dependent Surveillance-Broadcast (ADS-B) receiver, but it has evolved into an all-in-one situational awareness tool with the addition of several new features—most recently, synthetic vision. Paired with ForeFlight (the popular electronic flight bag created for Apple iPads), Stratus 2 supports synthetic vision with a ForeFlight subscription add-on that costs $25 per year. The Stratus 2 is sold exclusively by Sporty’s Pilot Shop for $899.

The latest version of ForeFlight (6.6) supports the attitude-heading reference system (AHRS) sensors built into Stratus 2, and a horizontal situation indicator (HSI) instrument display also has been added with this new release, according to an announcement from Sporty’s Pilot Shop.

AOPA Editor In Chief Tom Haines reviewed the Stratus 2 in 2014, noting several improvements over the original Stratus device, including a built-in fan that cools the device when positioned in direct sunlight (typically on the glareshield). The development team has since added flight data recording capability, another of the new features enabled through software updates in the past year. Split-screen views, animated radar, and battery saving features were also announced in 2014.

The Stratus 2 was first introduced in 2013. Stratus devices have always supported ADS-B traffic and weather reception; addition of the AHRS capability enabled Stratus 2 to support an emergency backup glass-panel display on the iPad. The two devices connect via Wi-Fi.