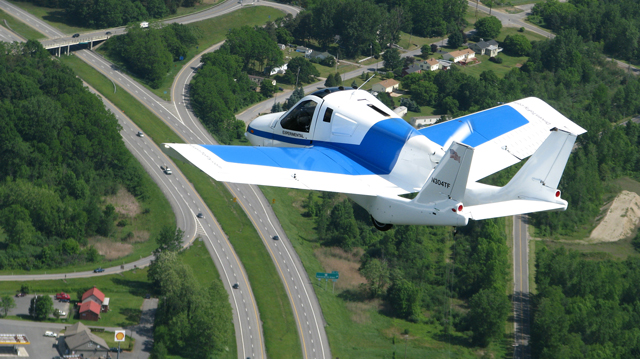 Terrafugia of Woburn, Massachusetts, has requested a second exemption from the FAA for its two-place Transition flying car. A previous exemption in 2010 allowed the air-car to increase weight from the light sport standard of 1,320 pounds for land aircraft to 1,430 pounds. The latter weight is the standard for light sport seaplanes.

The new exemption request takes the weight to 1,800 pounds, mostly to allow systems that meet federal highway standards, and also asks for an increase in stall speed from the present light sport aircraft standard of 45 knots calibrated airspeed to 54 knots.

Terrafugia CEO and Co-founder Carl Dietrich said he is “cautiously optimistic” that the exemption will be granted. Approval under the light sport aircraft rule, where standards are set by industry consensus, will allow a faster approval than is the case if the company is required to seek a Primary Category certification. Disapproval of the exemption request would mean pursuit under Primary Category rules resulting in higher certification costs and a delay in certification, Dietrich said. Since highway rules are considered to be more volatile than light sport rules, new automobile regulations could be introduced during any lengthier process requiring additional changes to the aircraft. Whether approved or not, the aircraft will need to weigh 1,800 pounds, he said. He did not offer a guess as to the increase in certification costs or sales price if the aircraft is certified in the Primary Category. The first six aircraft will be sold for $299,000 to gain experience with the fleet. After that the price will be re-evaluated. 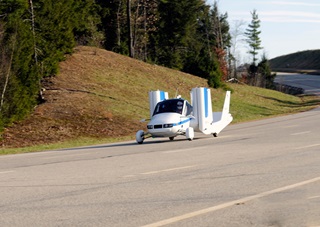 The company bases its request on the grounds that meeting highway safety standards ultimately makes the aircraft more crashworthy. It offers a safety improvement by allowing pilots encountering unfavorable weather to land and drive to their destination, the FAA filing states. Granting the exemption also supports the future of the personal aviation industry, the filing says.

The greatest weight increase came from the need for "roadability" systems, adding a total of 266 pounds to the aircraft. In that category, ground handling to include steering, suspension, and braking added 150 pounds. Occupant structural protection added 69 pounds, while non-structural occupant protection added 52 pounds. The ballistic recovery parachute adds 36 pounds. The company included a “contingency” allowance of 57 pounds.

The Transition converts to an aircraft when the occupant stops the vehicle and throws switches to electrically unfold and lock the wings. The process is verified by computer. “Due to the location of the rear wheels (further aft of the center of gravity than most other LSAs), the Transition cannot rotate for takeoff until there is more than adequate airspeed for flight,” the exemption request states. It will have a longer than normal landing roll for a light sport aircraft. In flight the aircraft is controlled by a stick, rudder pedals, and a throttle. On the ground it is driven with a steering wheel plus gas and brake pedals.

For weight and balance, the pilot should weigh no less than roughly 120 pounds. The Transition is reported in the exemption filing as having “heavy controls” for a light sport aircraft. “It is a cruiser, not an aerobatic or touchy airplane,” the filing states.

Given previous experience with a weight exemption granted to Icon Aircraft for its A5 amphibious aircraft, FAA consideration could take a year. 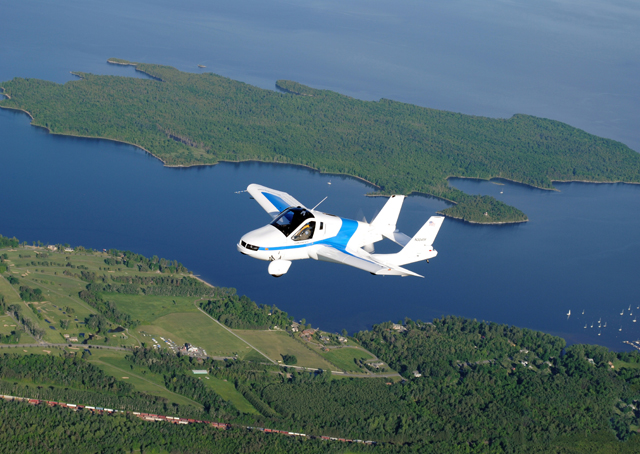