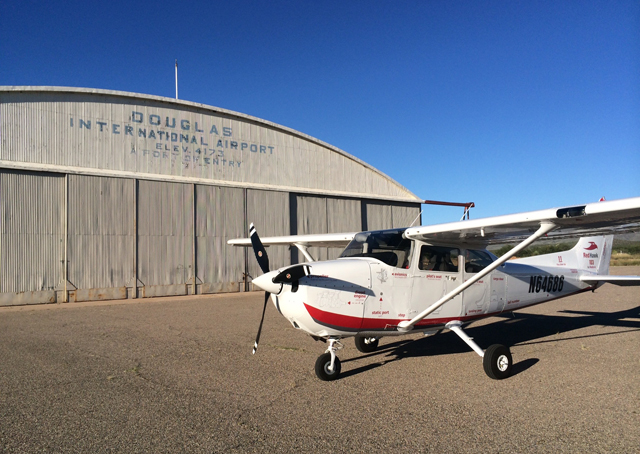 The RedHawk project, announced by Redbird Flight Simulations at EAA AirVenture in 2013, remanufactures Cessna 172s and replaces the Lycoming engines with Continental CD-135 turbodiesel engines with a goal of “creating a standardized training aircraft that is affordable, operationally economical and technologically advanced.” Students in the Cochise College professional pilot program will begin training in the RedHawk aircraft in the fall semester, RedHawk Aero said.

The remanufactured RedHawks have upgraded avionics, new interiors, and new paint, and sell for $249,000, significantly cheaper than a new four-seat trainer. The compression-ignition (diesel) engine burns Jet A fuel and is managed by a full authority digital engine control (FADEC), which simplifies engine operation for student pilots with a single-lever power control and which RedHawk calls “student pilot proof” because it won’t let the pilot damage the engine.

“The selection of RedHawk aircraft for our training fleet, offers us flexibility and cost savings,” said Belinda Burnett, Cochise College director of aviation programs and chief flight instructor, in a media release. “With a field elevation of more than 4000 feet, performance is vital to us. In our test flights, the RedHawk demonstrated improved climb performance to our existing fleet while burning less than 5 gallons per hour.”

RedHawk Aero, a subsidiary of Redbird, said six other RedHawks are currently operating in training programs around the country. The innovation-focused parent company also is using the RedHawk project to experiment with equipment that records and transmits data to facilitate flight school recordkeeping and maintenance.

RedHawks start with M, N, or P model Cessna 172 airframes, which are taken down to bare metal and rebuilt with new parts, according to RedHawk Aero. They are equipped with three-blade, carbon fiber Hartzell Bandtam propellers and Garmin G500 avionics with analog backup instruments, among other upgrades. Customers may either provide their own airframe for $209,000 or have RedHawk provide the airframe for $249,000.

“The combination of the Continental CD-135 twin-turbo diesel engine, and a new three-bladed, composite Hartzell propeller offers outstanding performance at a fraction of the hourly cost of a traditional Cessna 172,” said RedHawk Vice President of Operations Darren Bien in a release. “The addition of state-of-the-art Garmin avionics offers student pilots hands-on experience with modern glass-panel systems without sacrificing the training benefits inherent with traditional steam gauges, making the RedHawk the perfect training airplane.” 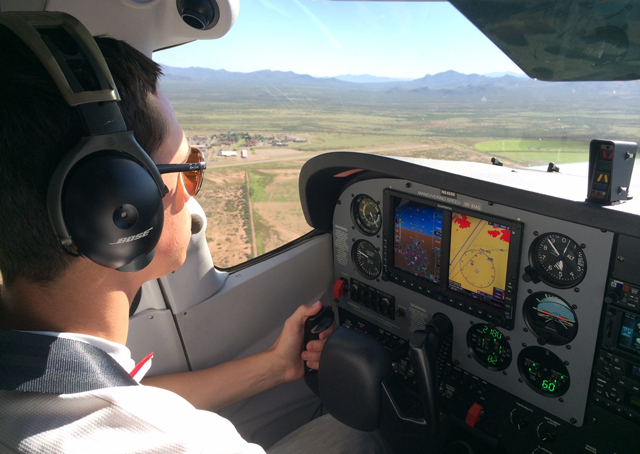