Get the app Get the app
AOPA will be closing at 2:30pm ET Wednesday, November 23rd, and will remain closed Thursday and Friday in observance of the Thanksgiving holiday. We will reopen Monday November 28th at 8:30am ET.
AOPA Members DO more LEARN more SAVE more - Get MORE out of being a pilot - CLICK HERE
News & Media Building connections

General aviation has many friends in Arkansas.

State Rep. Joe Jett, for one, is an aptly named pilot, aircraft owner, and farmer who previously owned and operated a charter business. Jett, now serving a second term in the Arkansas House knows firsthand the value of aviation in terms of jobs, economic growth, responding to crises and enhancing the quality of everyday life. Jett also leads the state Aerospace and Aviation Legislative Caucus with co-chairman state Sen. Jeremy Hutchinson. The caucus is among many that AOPA has helped encourage, educate, and assist in the national effort to preserve freedom to fly.

Central Southwest Regional Manager Yasmina Platt worked with Jett and FAA staff including Furman Graham to arrange a Jan. 22 tour of the control tower and tracon facility at Bill and Hillary Clinton National Airport/Adams Field in Little Rock. Platt and the group of state lawmakers spent nearly two hours in the combined facility, the legislators obviously engaged and the FAA staff fielding many questions about the facility, the National Airspace System, and how it affects—and serves—local communities and the state. 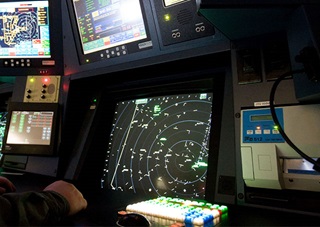 Building relationships at the grassroots level has immediate and long-term benefits for AOPA members as a growing number of lawmakers across the country learn the value of GA, and how state policies can help build those benefits. In the longer term, state lawmakers have a way of rising to higher office, as did another longtime friend of aviation from Arkansas: Sen. John Boozman (R-Ark.), who leads the Senate General Aviation Caucus with Sen. Joe Manchin (D-W.Va.).

Platt’s complete itinerary reflects the multi-faceted nature of an AOPA regional manager’s overall mission: A stop to visit current and future leaders of the industry at Dexter B. Florence Memorial Field put her face-to-face with Henderson State University Director of Aviation Troy Hogue, and students training for professional careers in a fleet comprised mostly of Maule aircraft. The school offers four-year aviation degrees, graduating pilots and others trained for a range of aviation careers.