Get the app Get the app
AOPA will be closed July 4th, in observance of the Independence Day holiday. We will reopen at 8:30 am ET on Tuesday, July 5.
News & Media Arch handles the heat 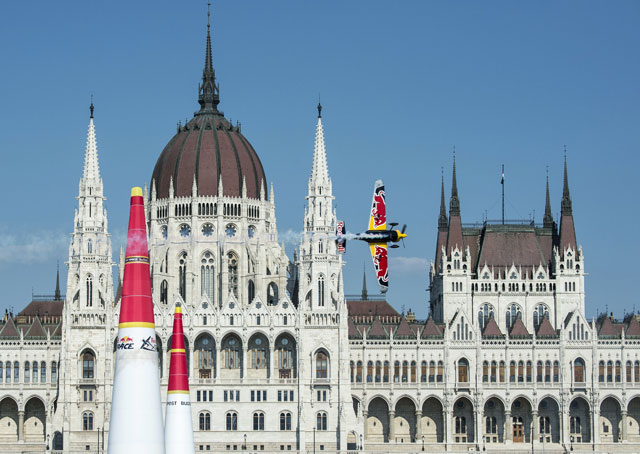 Tiny mistakes proved too much for the American pilots to overcome, while Austrian Hannes Arch was near perfect throughout—and virtually unchallenged until the final round of the Red Bull Air Race World Championship event in Budapest, Hungary on July 5. With temperatures soaring, Arch completed the tight pylon course in a very respectable 59.350 seconds to edge out championship points leader Paul Bonhomme (59.557), and close within 5 points for the season.

The fourth race of the 2015 series produced a second consecutive win for Austria’s Arch, while Americans Kirby Chambliss and Michael Goulian collected gate penalties that sunk their chances of a strong performance over the historic Danube. Goulian made two gate errors in qualifying, losing four seconds, and was bounced from the first head-to-head round by Matt Hall, the only pilot to crack 59 seconds on the weekend. Hall flew a blistering 58.323 in qualifying and a 58.400 in the first round, but slipped to 59.884 in the Round of 8 and lost a place in the finals to Martin Sonka’s 59.701. Sonka had barely escaped the first round, losing his heat but advancing with the best time among the also-rans. Chambliss managed a 59.496 to qualify fifth, but climbing through a gate cost him two seconds and a first-round exit.

For Goulian, it was a return of frustration at the track where he won the last series visit to Budapest—in 2009.

"I'm disappointed with my time, but I've got a great team that's learning, we had a good week but today was difficult,” Goulian told Red Bull’s media team. “I'm really happy with my team and we're really making improvements."

Arch, meanwhile, was able to repeat. 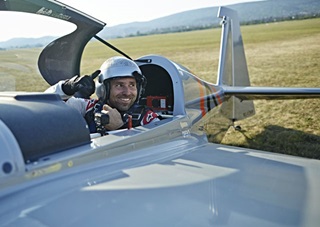 “I'm really proud of myself that I nailed my best time in the Final 4,” Arch was quoted on the Red Bull website. “Budapest is a great race, I've now won here twice, and it was where I first won my first ever Red Bull Air Race. I'm already looking forward to coming back."

Chambliss, in his own post-race comments, betrayed a little envy of Hungarian Peter Besenyei.

“When I heard Peter's time I knew it was fast. Just looking at his raceplane he's got all the mods to his Edge that I want,” Chambliss said. “The heat did make it uncomfortable today, but I live in the desert so I'm used to the heat."

The neogothic Hungarian Parliament building provided a backdrop for the duel over the Danube that came down to Arch, Bonhomme, Pete McLeod, and Sonka pulling out the stops in the final round. McLeod slipped off pace, Arch pumped his fist in the air after his flight, Bonhomme followed his rival with a flight just two tenths of a second slower, and Sonka snatched the last spot on the podium despite a brief stall in a vertical turn.

The series heads to England in August, and then Austria before back-to-back U.S. events starting with Fort Worth, Texas Sept. 26 and 27, followed by Las Vegas to crown a champion Oct. 17 and 18. Tickets (and video replays) are available on the Red Bull Air Race World Championship website. 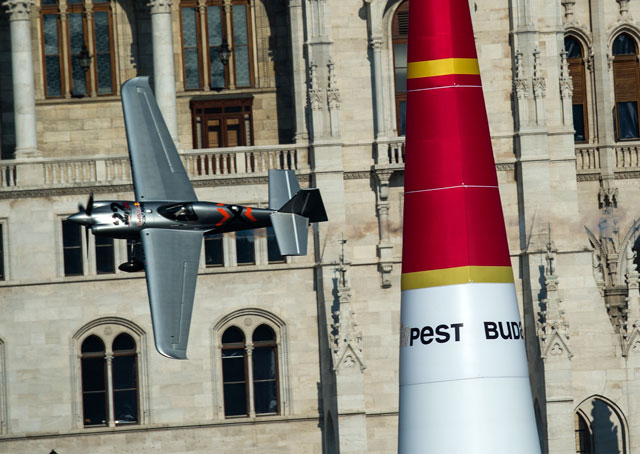