Get the app Get the app
Already a member? Please login below for an enhanced experience. Not a member? Join today
News & Media 'Pilot Getaways' Editor in Chief John Kounis dies 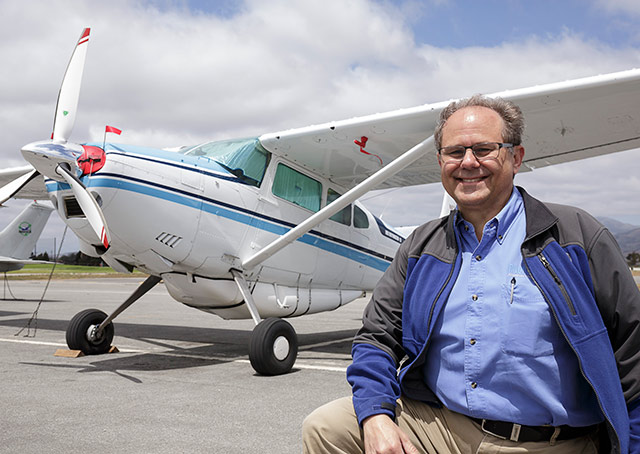 A master of languages, and a savant with numbers.

John Kounis was a pilot, NASA engineer, world traveler, and an irrepressibly positive force in aviation who co-founded Pilot Getaways magazine with his brother, George, and turned it into an authoritative source for pilots in search of adventure. Kounis, 51, died suddenly on July 13, near his home in Glendale, California, about two weeks after returning from a Cessna 185 ferry flight to Malaysia.

“He had so many plans for the future, for the things we were going to do and the things we wanted to accomplish,” said George, Pilot Getaways publisher and a seasoned aviation photographer. “We were going to spend this weekend getting the next issue of the magazine out the door. Now, I’m going to write an editor’s note to let everyone know that John is gone. I have no idea what the future holds. There are just a million loose ends.”

Kounis grew up in Southern California, the son of Greek immigrants, and spoke Greek at home, but also was fluent in English, French, German, Russian, and Spanish. Academically brilliant, he wrote an astrophysics paper at the age of 14 that helped him win a scholarship to the University of Southern California the next year. Yes, he skipped high school. When he graduated from USC at 19, he became an engineer for NASA’s Jet Propulsion Laboratory. For the next 18 years, Kounis contributed to a broad range of projects that included the Cassini spacecraft now orbiting Saturn. 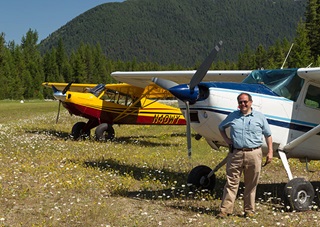 At age 18, he got his first flight in a GA aircraft and became enamored with flying. While working in Germany for eight years, he flew a Cessna 172RG on trips stretching from Norway to South Africa and the Middle East. During a night crossing of the Mediterranean Sea, an airline pilot passing overhead asked Kounis on the radio, “What are you doing way out here?” That question that would be repeated many times, and in many different circumstances, during the years that followed.

When Kounis returned to the United States, he bought a Cessna 185 and flew it throughout North America. He crisscrossed the United States dozens of times, usually with George shooting photos from an open door. They also brought their yellow Labrador retriever, and they landed in every state except North Dakota—an oversight Kounis hoped to remedy this summer. In June, he flew a highly modified Cessna 185 from California across the Pacific Ocean to Malaysia (with stops in Hawaii, Tarawa, and beyond).

Kounis was a sought-after speaker at AOPA gatherings where he gave presentations on exotic destinations and mountain flying. AOPA and Pilot Getaways have a content-sharing agreement in which AOPA presents and distributes some of the Kounis’s stories and photos.

The impetus for that relationship came from AOPA President Mark Baker who knew the Kounis brothers from backcountry flying trips and wanted to work with them. AOPA General Counsel Ken Mead worked out the contract with Kounis and came to admire his smart, candid, amicable approach.

“He had such a distinctive character and was so bright,” Mead said. “I couldn’t help but enjoy negotiating a contract with him.” 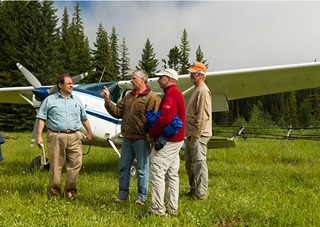 Aviation friends turned to social media to express their shock and sadness.

John McKenna, president of the Recreational Aviation Foundation, praised him for leading the group’s efforts in California for the last five years and doing much of the behind-the-scenes computer work.

“Just about every part of this organization was touched by the hand of John Kounis,” he said. “We will miss his infectious laugh and personality, but are grateful for the time we had with him.”

Greg Herrick, founder of the Golden Wings Flying Museum in Minnesota, said in a Facebook post that Kounis's enthusiasm was unparalleled.

“Rest in peace John. You lived an extraordinary life but left us way too soon. We will think of you in the skies and every time we enjoy yet another pilot getaway.”

AOPA Editor in Chief Tom Haines, who flew across the southwest with the Kounis brothers, sympathized with George.

“Many great memories with you two—whether skimming the desert sand dunes or at the Typhoon (restaurant) debating about who gets to eat the grilled tarantula. John's wit and booming laugh will be missed. My heart aches for you and your family.”

At AOPA headquarters in Frederick, Maryland, staffers who knew Kounis expressed shock and sadness at his death. But that was quickly followed by amusing stories of him bobbing in the ocean during an aviation water survival course, having his tent pushed over by cows in Montana, or snoring noisily on a couch at a closed FBO.

Each story elicited more laughter than the last. And that, dear friend, isn’t a bad way to be remembered.

AOPA has established a flight training scholarship to honor John Kounis’s legacy. Contributions to the John Kounis Memorial Scholarship can be made online or sent to the AOPA Foundation at 421 Aviation Way, Frederick, MD 21701. Please note the scholarship name on contributions. One hundred percent of the funds will go toward an aviation scholarship for a student pilot.