Get the app Get the app
AOPA Members DO more LEARN more SAVE more - Get MORE out of being a pilot - CLICK HERE
News & Media Call to action: Help push medical reform through Congress 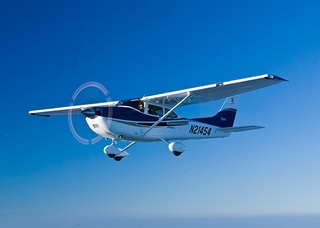 AOPA is calling on all members to band together and help push third class medical reform through Congress before the end of July.

“There are only a few weeks remaining before Congress takes a month-long recess beginning in August, so now is the time for all AOPA members to act and urge members of Congress to co-sponsor the Pilot's Bill of Rights 2 and get this done in July,” said Jim Coon, AOPA senior vice president of government affairs.

The House and Senate will be in recess in August, and AOPA is working to garner as many co-sponsors for the Pilot's Bill of Rights 2 as possible before that date to show support for moving legislation in July. Members can visit AOPA’s third class medical action page to write to their elected officials. Members can write their own letter or use a sample letter that AOPA has created. From the action page, simply fill in your basic contact information and hit “Go.” You will then be prompted to select which officials you want to contact, based on your address, and the way in which you prefer to contact them (via email, fax, phone, letter, or Twitter) before selecting “Go” again. Once the letters are submitted, you will have the option to share the call to action with your friends to get them involved as well. AOPA has made the process as easy as possible for members, and the entire process takes only a few minutes to complete.

As of July 16, the bill, introduced by Sen. Jim Inhofe (R-Okla.) in February, had 26 senators signed on as co-sponsors; an identical bill introduced in the House by Rep. Sam Graves (R-Mo.) and several others had 117 members of Congress signed on as co-sponsors. AOPA previously issued a call to action to gain support for the bill in March, and members responded overwhelmingly by contacting their elected officials; the association encourages members to step up again to help get this important bill through Congress.

“It is very important that members of Congress hear directly from their constituents,” AOPA President Mark Baker said in the call to action issued July 16. “If you have already contacted them, please do so again! They need to hear from you and your friends!”

Third class medical reform is a key aviation issue included in the Pilot's Bill of Rights 2. Under this bill, pilots flying recreationally would no longer be required to get a third class medical certificate in order to make noncommercial VFR and IFR flights in aircraft weighing up to 6,000 pounds with up to six seats. They could carry up to five passengers and fly at altitudes below 14,000 feet msl; speed would be restricted to 250 knots or less. A key provision in the bill would ensure that pilots can fly under the new rules even if the FAA fails to comply with the bill’s provisions 180 days after enactment.