Get the app Get the app
Already a member? Please login below for an enhanced experience. Not a member? Join today
News & Media Proposed 406-MHz ELT mandate for Canada opposed 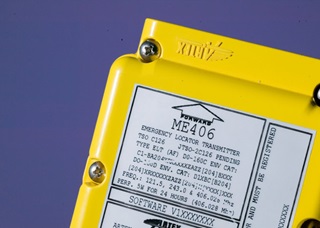 AOPA has registered its strong opposition to a Transport Canada proposal to mandate 406-MHz emergency locator transmitters in aircraft currently required to carry ELTs. The association recommended instead that other technologies be permitted as alternative search-and-rescue solutions.

AOPA communicated its objections and recommendations to the Canadian Aviation Regulations Advisory Council in formal comments on a notice of proposed amendment that would mandate replacement of 121.5-MHz ELTs within one year for commercial operators, and over a five-year period for private aircraft owners who use their aircraft for recreation. (Members may comment on the proposal until July 27 as noted below.)

Transport Canada has taken the position that the five-year implementation period for noncommercial operators would reduce the cost of compliance, and spread it out over time. The agency noted that “the costs of 406 MHz ELT equipment have decreased since the time when this upgrade was last proposed.”

That proposal was brought forward in 2009, but was not enacted, in part due to “stakeholder opposition,” Transport Canada said. The new proposal also acknowledged  that there is no requirement in the United States to replace 121.5-MHz ELTs, despite a 2013 proposal by the Federal Communications Commission to do so, which AOPA opposed.

“AOPA requests that Transport Canada follow the lead of the United States, Mexico, and the Bahamas and allow alternatives such as personal locator beacons (PLBs) or other devices that transmit on 406 MHz in addition to the already installed 121.5 MHz ELTs as an alternative for foreign registered aircraft that are not required to re-equip under the regulations of their home countries,” he wrote July 14 in AOPA’s comments, addressed to Melanie Drouin, manager of the Canadian Aviation Regulations Advisory Council.

Coon pointed out that a 406-MHZ ELT mandate would ignore new and emerging tracking technologies that can be verified as functioning on cellphones, with signals sent via the Internet, “improving the chances of being located if the need arises.”

He cited cases of accidents that suggested a low reliability rate for the functionality of 406-MHz ELTs—cautioning that a mandate would discourage investment by manufacturers in new, more efficient technologies.

Also, a mandate would confront Canadian airports with a “significant loss” of revenue as U.S. pilots without 406-Mz ELTs made fewer flights to Canada, Coon wrote, citing a member survey.

AOPA supports, and is active, in educating pilots about the benefits and limits of ELT technology, he said.

“AOPA is also educating pilots and aircraft owners on other technology such as personal locator beacons (PLBs) and cell phones equipped with a global positioning system (GPS) receiver, both of which provide a locator signal that can be tracked,” he wrote.

Coon urged Canadian aviation officials to “leave it to users to decide” on the best performance-based search-and-rescue solutions for them.

Members may email comments on the proposal, notice of proposed amendment 2015-013, until July 27.