Tuskegee Airman returns to the cockpit 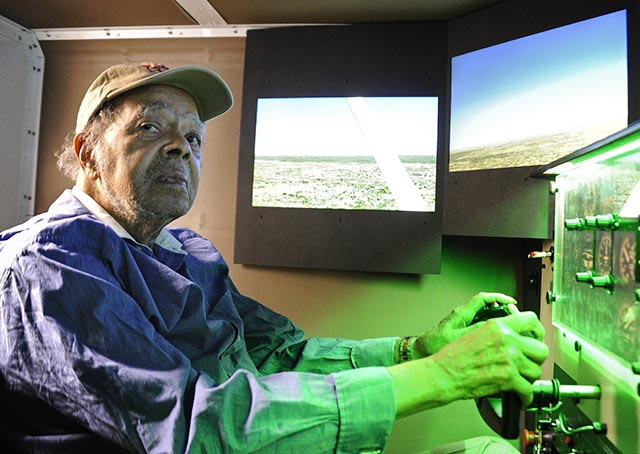 World War II veteran and Tuskegee Airman Lt. Floyd Collins, a former P-51 pilot, looked cool and confident as he returned to a cockpit in Maryland courtesy of a few military friends, the generosity of a third-generation pilot, and the co-owners of a pristine 1976 Turbo Commander.

The flight evolved from an idea sparked by Chris Clemons’ chance meeting of the retired Red Tail airman at a recent veterans appreciation day. He felt obligated to turn the former military pilot’s fantasy of flight into reality and Clemons had just the right person in mind.

Enter Clemons’ mom, Montgomery County Airpark Manager Sandy Richardson Poe. She’s a third-generation pilot and her grandfather and father helped develop the suburban Washington, D.C., airport in the 1960s. Poe’s family hasn’t strayed far ever since and the instrument-rated private pilot grew up at the airport.

Poe knew about Veterans Airlift Command missions performed by Twin Commander pilots Dick Goetze and Bob Michael, and when she mentioned it to them, the two jumped at the chance to brighten the day of one of the Tuskegee Airmen.

Collins, a quiet but dapper man outfitted in a crisp blue shirt with locks of greying hair begging to escape from his beige and silver Tuskegee Red Tail cap, was up for the challenge and it sparked some distant memories.

“I was drafted in 1943 right out of high school when I was 18 years old and they told me I was going to Rapid City Army Air Base in South Dakota,” said Collins. The Chicago native continued, “I remember my first airplane ride with my instructor and boy did we have a good time. After a while the test was just to go fly the airplane by yourself. Did I rush? No, I didn’t. I was still learning. I got a B-plus rating from my instructor and we were learning as we went along.”

When low ceilings scratched a previously the scheduled flight, Collins parked himself in the left seat of a full-motion Redbird FMX simulator at Washington International Flight Academy. The former Mustang pilot said the last time he was pilot in command was behind the controls of a Cessna 150 nearly five decades ago.

Collins wrapped his fingers around the yoke for a simulated flight from Montgomery Airpark to the nearby countryside while flight instructor Ken Ansorge guided him through preflight procedures. Although Collins was a little shaky on takeoff, he cleared the airspace left and right, and then performed shallow banks and climbs, “flying” confidently out toward western Maryland before turning the Redbird around and descending to pattern altitude for a landing.

Fortunately, the weather cleared later in the week and Collins returned to the airfield to survey the countryside from his jump seat position aboard the Turbo Commander.

Collins was thrilled with the afternoon flight, according to Poe, and after he touched down and exited the aircraft, the 90-year-old immediately commanded a crowd of onlookers and news media.

“That’s all he’d been talking about this morning,” Poe said. “He was actually clapping at certain times in the plane because he was so excited,” she said.

Poe said that Collins will return to the airport on July 28 to share his flying knowledge with a group of Maryland aviation flight camp students and will also participate as the guest of honor during Montgomery County Airpark’s open house on Oct. 17. 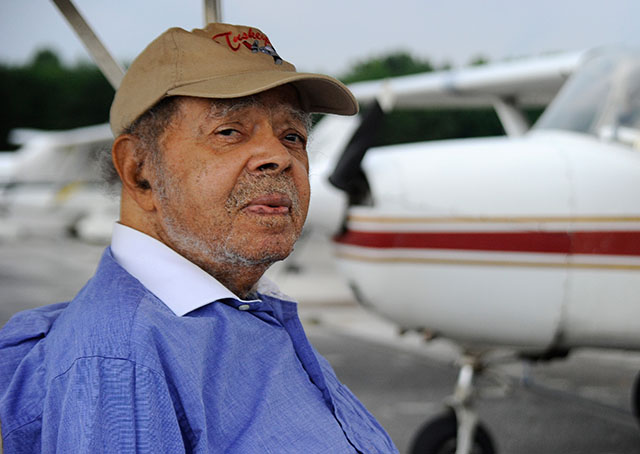