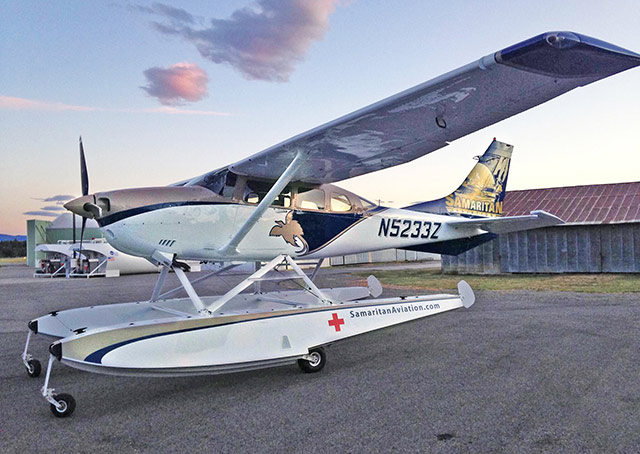 Samaritan Aviation has refurbished a 1981 Cessna 206 floatplane to provide care and medical supplies for the people living in the East Sepik Province of Papua New Guinea, an area of 500,000 people. The aircraft will serve alongside the organization's other Cessna 206 on floats already in the country.

According to Encyclopaedia Britannica, the Sepik River helps drain 30,000 square miles as the waterway winds through a sparsely populated wilderness of mainly tribal inhabitants with limited outside influences. Because of the Sepik River's remote location in Oceana and the vast expanses of water, floatplanes provide a critical health benefit to the island's villagers, according to Samaritan Aviation’s website.

After the aircraft's unveiling at EAA AirVenture in Oshkosh, Wisconsin, the Samaritan Aviation team will fly the airplane to various cities around the United States in a fundraising effort for the organization.

The airplane is expected to be delivered to and begin servicing Papua New Guinea in late 2015.

Samaritan Aviation operates the only floatplane in Papua New Guinea, the second largest island in the world. It provides emergency evacuation flights, medicine delivery, and disaster relief, and it serves community health programs.