Get the app Get the app
Already a member? Please login below for an enhanced experience. Not a member? Join today
News & Media SocialFlight app adds 'HotSpots' destinations 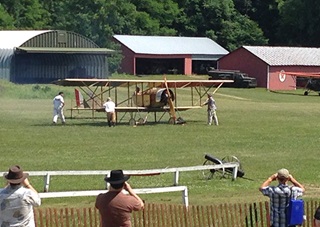 SocialFlight, a Web and mobile app for finding events and interesting places to fly, has added a new category of destinations called "HotSpots."

"Instead of being events that come and go, they're destinations," said SocialFlight President Jeff Simon.

HotSpots include hundreds of interesting flying destinations such as aviation attractions, museums, and aviation-accessible beaches. Examples include a fly-in visit to the Rock and Roll Hall of Fame, which is within walking distance of the Cleveland Burke Lakefront Airport, and New York’s Old Rhinebeck Aerodrome where visitors can see some of the rarest pre-World War I aircraft flying every summer weekend.

HotSpots also include aerial tours with instructions for touring interesting metro, geological, or historical areas; general information; tips; photos; and route maps. Any user can create a HotSpot and add up to 10 photos. For example, one SocialFlight user recently added an aerial tour of Niagara Falls, complete with route suggestions and photos. Other users can rate HotSpots, add their own photos of that destination, and write a review that includes their experience or flight tips.

HotSpots are accessible through SocialFlight.com and the SocialFlight mobile apps for Apple and Android phones and tablets. For ground-based aviation enthusiasts, the apps include turn-by-turn driving guidance.