Get the app Get the app
Already a member? Please login below for an enhanced experience. Not a member? Join today
News & Media LAMA President's Award goes to Jeremy Monnett of Sonex

The Light Aircraft Manufacturers Association President's Award has been presented to the family of Sonex CEO Jeremy Monnett, who died in an aircraft accident in June. Also killed was aircraft assembly mechanic Mike Clark.

It marked the first posthumous presentation of the award in LAMA's history. The award was made by Dan Johnson, president of LAMA.

Monnett was the son of Sonex Aircraft founder John Monnett Jr. The company focuses on affordable, innovative sport aircraft development. Jeremy Monnett was the designer of the Sonix Onex 2011 model. More than 500 Sonex kit aircraft have been purchased and built. 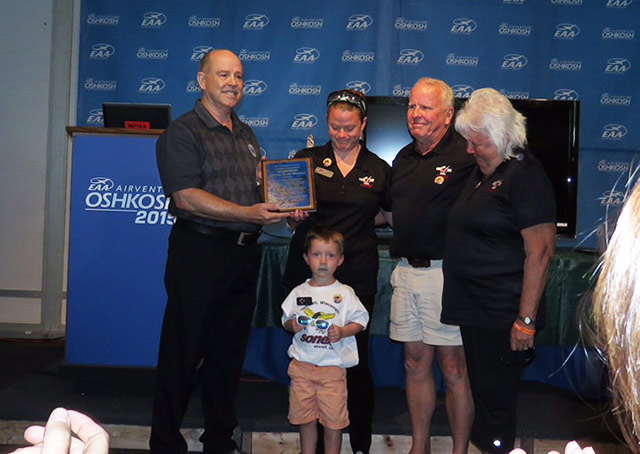