Get the app Get the app
Already a member? Please login below for an enhanced experience. Not a member? Join today
News & Media 'All about doing the impossible'

'All about doing the impossible' 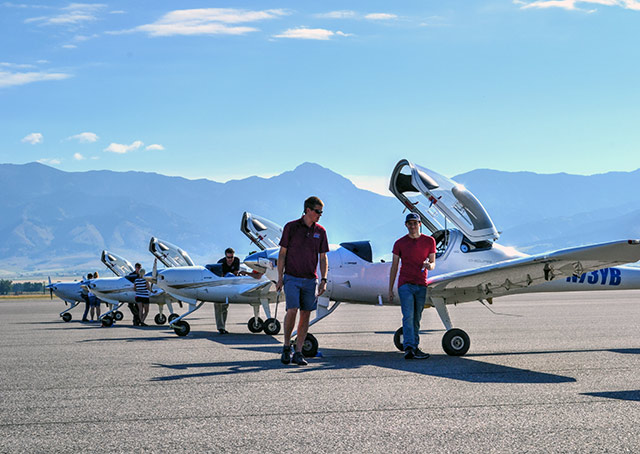 Even in a tiny digital photo viewed on a small computer screen, the mountains that rise above 12,000 feet in the vicinity of Bozeman, Montana, are nothing short of breathtaking.

Now imagine taking in the vista through the windscreen of a general aviation airplane while learning to fly the airplane, as four young adult cancer survivors did in July through a special summer program created by a Bozeman aviation company.

And even that spectacular setting for their introduction to aviation wasn’t the most uplifting aspect of Summit Aviation’s camp run by volunteer flight instructors, pilots, and other helpers from the aviation community at the Bozeman Yellowstone International Airport, said two of the campers.

"It gave us a chance to feel normal," said Lauren James, 26, of Buckley, Washington, adding, "It was the best week of our lives."

Nina Garkavi, of Newcastle, Washington, was 22, with a new job and life unfolding before her, when she was diagnosed with brain cancer. Then came the rigors of treatment. It was a period of time she describes, simply, as "a whirlwind," and "a reality check."

Coming to the camp in Bozeman "was all about doing the impossible and seeing what I can do," said the 26-year-old. 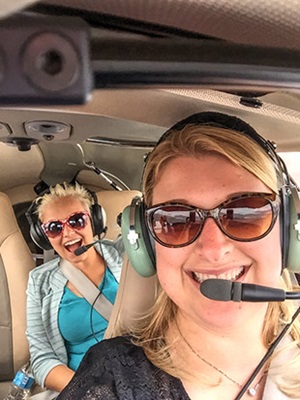 The five-day experience brought to her mind lyrics from "Breaking Free," a song in the 2006 TV movie High School Musical: "We’re soaring, flying. There’s not a star in heaven that we can’t reach."

Ben Walton of Bozeman also finds the camp one of his most rewarding activities. Not a camper, Walton is the owner of Summit Aviation and the founder of the camp, which has just completed its second summer in operation.

Walton knew that everyone involved has found the experience joyful and rewarding—but he was still unprepared for the emotional power of the flight experience that had been delivered by his volunteers, as conveyed by Garkavi and James, discussing their week’s walk in a pilot’s shoes during a conference-call phone interview.

"Passionate pilots really can change lives. I wish all the volunteers could have heard them today," he said.

Walton, a pilot for 20 years, said he had seen the benefits the nonprofit organization First Descents had provided young adults impacted by cancer, offering them outdoor adventures focused on kayaking. Aviation seemed to offer a like opportunity to turn his dream of offering cancer survivors a new outlook on life’s possibilities into a reality, he said.

The loss of a young in-law to cancer had spurred his motivation to reach out through aviation, and Walton had been brainstorming ideas over time, in focus groups. The Bozeman area’s predictable weather, his willing staff, and Summit’s fleet of new Diamond single- and multiengine aircraft all seemed to create an unbeatable combination of resources.

It turned out that organizational help also was near at hand. Bozeman is the home base of Eagle Mount, a nonprofit that works to provide "therapeutic recreational opportunities" to people with disabilities and young people with cancer, and be supportive of families so that, in a Biblical reference, "they shall mount up with wings as eagles." 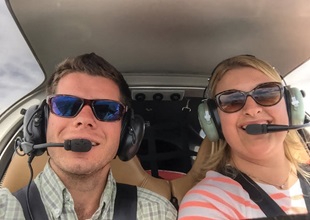 Teaming with Eagle Mount’s executive director, Mary Peterson, Walton developed his idea into a working plan for the camp as one funded by donors and staffed by volunteers—including the CFIs..

"It happened quickly," he said. "We pulled it off in six months." He noted that the camp experience has turned out to be as rewarding for the volunteers as it is for the campers

Peterson said she is "absolutely thrilled" with the camp’s emergence, and she hopes the success and shared sense of satisfaction will inspire pilots elsewhere to "think about doing something to give back."

Looking for ways to share aviation through public service is a common trait among aviators, as Peterson discovered when every pilot working at the Summit flight school volunteered to work with the Summit Aviation Cancer Camp. In the end, it took an essay contest to pick the CFIs who would be matched up with campers, all of whom had attended previous Eagle Mount camps and had shown leadership and initiative, said Danielle Tainer, assistant director of  Eagle Mount’s Big Sky Kids program. 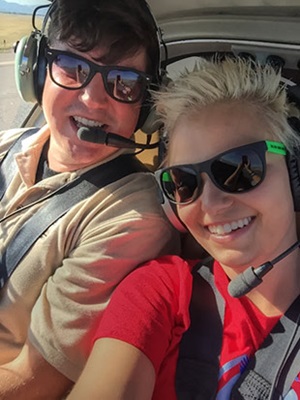 Like most new flight students, the campers, who also included Sam Dean of Haden, Alabama, and Nick Weese of Medina, Ohio, were surprised to see how quickly they would be piloting the aircraft with guidance from volunteer instructors AJ Mitchell, Randall Holliday, Justin Waugh, and Phillip Levy.

Each morning’s two-hour flight was followed by a themed lunch. Ground school and tours of Bozeman’s air traffic control facilities rounded out the aviation experience for the campers, who by the end of five days of flight training are making unassisted takeoffs and landings and performing basic maneuvers. They also get a taste of twin-engine piloting in Summit Aviation’s DA42 airplanes.

Aviation was "by far my favorite camp," said Lauren James, a veteran of numerous other Eagle Mount activities.

When she was going through her cancer treatment, she said, there were times when it was easy to dwell on things that she might never be able to do. Thanks to the efforts of their instructors and other volunteers who made them feel comfortable and accepted as members of the Bozeman aviation community, feelings of exclusion were quickly replaced by a sense of achieving, and belonging.

It was all about "pushing over limits," said Nina Garkavi. "If you have motivation and internal desire and are trying, you can soar, and that’s what we did."