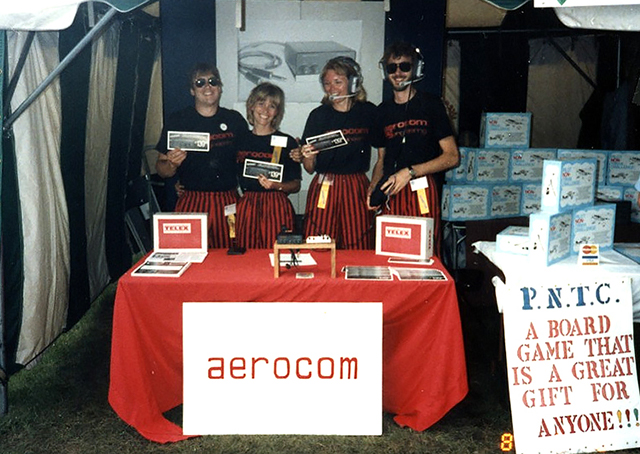 In the summer of 1985, when the New York Mets’ Dwight Gooden and new Coke were popular topics, electrical and computer engineer Mark Scheuer had an idea that might keep him from yelling at his wife across the cockpit of their recently purchased, but noisy, Grumman Yankee.

Reminiscing about his time as a young pilot in the skies above Minnesota 30 years ago, Scheuer said, “I bought that Grumman and there was no intercom in it. Since I was flying with passengers I started looking for an intercom, but none of them met my standards. My passenger was my wife, Joanie, and basically we had to yell at each other.”

With that thought in mind, PS Engineering Inc. was born with the goal of providing general aviation pilots with solid and reliable cockpit communication.

Eric Persson and Scheuer, the P and S in PS Engineering Inc., started assembling their trademarked aerocom aircraft audio intercoms in a garage. When they made enough units to sell, the pair cranked up business by telling pilots at EAA AirVenture's Fly Market about their new electronic gadget.

Scheuer said they didn’t have enough money for their own booth so they shared a booth with a company that made a Trivial Pursuit game for pilots. “We wanted to get attention so we wore black and red shorts because black and red are our company colors. It was our very first marketing ploy and after that we decided to stick with engineering.”

With their matching striped baggy pants the engineers in the booth looked more like '80s hip-hop artist M.C. Hammer, but they did have several tricks up their sleeves. “We were the very first intercom, ever, to use individually gated microphones,” said Scheuer. “Up until that day, when one intercom was open, they were all open. The aerocom had individual squelch systems for each microphone.”

Company photos show a smiling Scheuer wearing a headset and testing his original units on fold-up tables parked in the garage in front of a lawnmower and a kids’ trampoline. Manufacturing soon graduated from the garage to a basement when word spread about the new aerocom audio control system. They kept the PS product name simple by using their initials because Scheuer said the pair didn’t know if business would take off or not.

During the startup phase, Scheuer was living in Minneapolis and working two jobs—his day job at Hewlett-Packard near buddy Persson, and then evenings on the home work bench making their new-fangled intercom. When HP offered Scheuer a new job in Tennessee the engineer faced a dilemma. “I had the opportunity in 1986 to move from Minneapolis and very cold winters to Knoxville, Tennessee, with very mild winners, so I transferred. It didn’t make any sense to have my partner 800 miles away so I bought Eric out for $500,” Scheuer explained.

Orders started rolling in quickly after the company was featured in a 1987 article on portable intercoms in Aviation Consumer.

“Aviation Consumer rated our aerocom ‘golden’ on the spaghetti factor,” Scheuer said. Other portable intercoms on the market had multiple wires snaking around the cockpit making it a challenge for pilots to grab flap handles or work rudder pedals without tangling.

Meanwhile, PS Engineering’s design introduced wires and jacks exiting from the rear of the units, said Scheuer, making for a neat and tidy system in the cockpit. In 1990 the company introduced its first TSO’d panel-mounted intercom, the PM1000, which filled a communication need for many pilots and flight schools by integrating fully adjustable voice-activated (VOX) circuitry for a pilot and copilot. Now students and their instructors could talk to each other in the cockpit through their headsets while listening for radio calls from air traffic controllers or other pilots all at the same time.

Fast-forwarding to the twenty-first century, the avionics company, based in Lenoir City, Tennessee, has been into outer space aboard SpaceShipOne and now finds itself in a dominant position in the intercom and audio panel market. It counts more than 600 dealer/installers worldwide, but it’s still a tight-knit business that hasn’t strayed far from its roots. In fact, Scheuer said, “It’s my wife Joanie’s voice in the audio panel annunciations.”

The avionics manufacturer is recognized throughout the aviation industry for its patented Soft Mute and Intellivox circuitry, Bluetooth connectivity, and ongoing audio innovations leading up to its flagship PMA450 series audio panel.

The company says on its website that it’s on the lookout for pilot input, and it maintains an e-mail address where the pilot community can submit new ideas that might end up as the next great advance in audio communications.

As PS Engineering Inc. celebrates its thirtieth birthday in 2015, Scheuer said his company continues to focus on its core mission of audio control. "Our marketing is based on the dealers believing in our products and on our customers’ word of mouth. PS Engineering definitely has a fan club that grows every year and that is just the type of grass roots organization we are.” 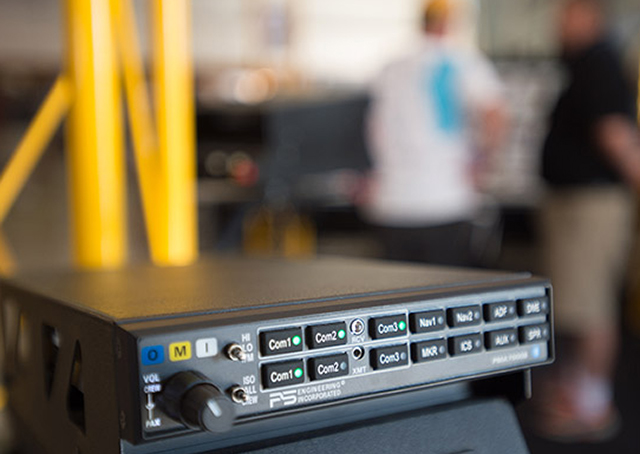