Icon gets go-ahead to produce A5

Editor's note: AOPA Pilot Editor at Large Dave Hirschman flies the Icon A5 and says is lives up to all of the hype. Check out his detailed account of flying the amphibious LSA. 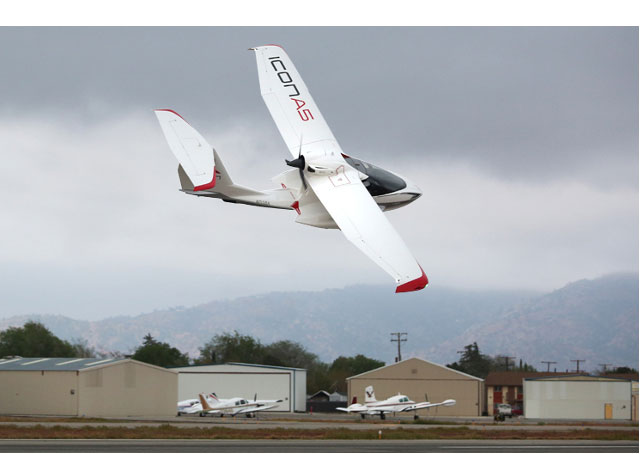 The final audit took place on June 11, and the company plans to deliver its first customer airplane at EAA AirVenture next month, Icon President Kirk Hawkins said in a June 16 meeting with aviation writers.

Icon is building a production and flight training facility in Vacaville, California, and expects to ramp up production quickly. The company expects to produce 60 of its model A5 aircraft in the next 12 months, and up to 500 in 2017.

"It's a very ambitious production schedule," Hawkins said. "We've made big investments in production tooling, and we think it's going to be achievable."

Icon A5s carry retail prices ranging from $197,000 to $250,000 depending on options. The company has received 1,250 deposits for new aircraft to date and has a production backlog it estimates it will take about three years to fulfill.

The FAA granted Icon and other LSA manufacturers a waiver from strict aircraft weight restrictions because of the perceived benefits of a larger, spin-resist wing design. The company plans to begin a series of demonstration flights for aviation publications including AOPA Pilot this week in Northern California, and detailed reports will follow here, in AOPA Pilot, and on AOPA Live This Week.