Get the app Get the app
Already a member? Please login below for an enhanced experience. Not a member? Join today
We will be performing maintenance on our systems Sunday, 5/22/2021, beginning at 12:00 A.M. ET and ending at 6:00 A.M. ET. During this time, you may experience intermittent service outages. We appreciate your patience.
News & Media Cirrus Aircraft's Vision comes to Knoxville

Aircraft deliveries and training to transition to Tennessee 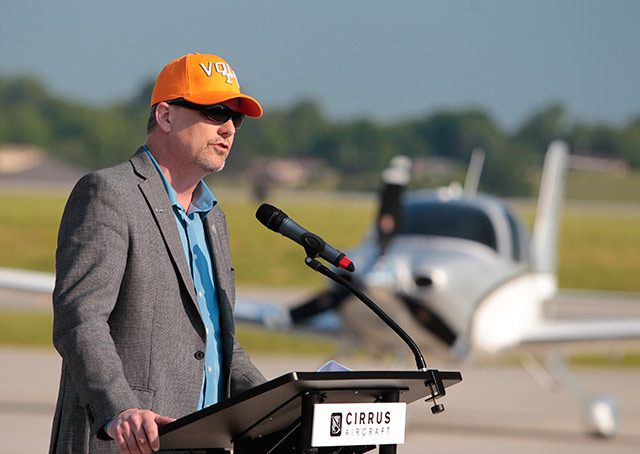 In what marks one of the most significant milestones in Cirrus Aircraft’s long development history of the SF50 Vision Jet, the company announced this week it will house all training, aircraft delivery, and service and support from a new facility at the McGhee Tyson Airport in Knoxville, Tennessee.

Although the forthcoming personal jet prompted the announcement, Cirrus also will be relocating the same customer-forward business units for the SR20 and SR22 to Knoxville as well. When complete, the facility will be “well north of 175,000 square feet,” according to Cirrus’ Ben Kowalski. The two-year goal is to employ 170 people and bring $15 million in economic impact to the region. Some of those 170 will include senior staff, such as executive vice president Todd Simmons.

Type rating training will be factory direct and take place in a Level D simulator that’s currently being built by CAE. Kowalski said one of the things that drew the company to the area was weather and convenience. From the new campus students will be able to walk to the hotel and airline terminal. 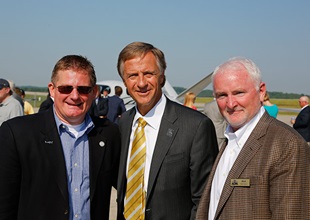 The company’s new personalization team also is relocating to Knoxville. The premium service gives customers the option to choose unique interior materials and designs, to name a few. It’s proven popular for the SR22, and will no doubt be in even more demand for the more than 500 jet position holders.

What the ceremony to announce what Cirrus is calling the “Vision Center” lacked in ceremonial shovels it made up for in local and state officials anxious to heap praise on the company. Among them was Tennessee Gov. Bill Haslam, who said that construction will begin in two months and be completed in 2016. Randy Boyd, the commissioner of the Tennessee Department of Economic and Community Development, said the airplane was like Tesla and Maserati rolled into one. He stressed that they don’t simply throw money to draw business, instead preferring to think in terms of partnerships. Kowalski calls the agreement to bring Cirrus to Knoxville a “public, private partnership.”

Cirrus Aircraft CEO Dale Klapmeier echoed the sentiment, saying the people were one of the key reasons for choosing Knoxville. He called the announcement a transformational day for Cirrus. “We delivered 6,000 airplanes from Duluth and we’ll deliver the next 6,000 from here,” he said. 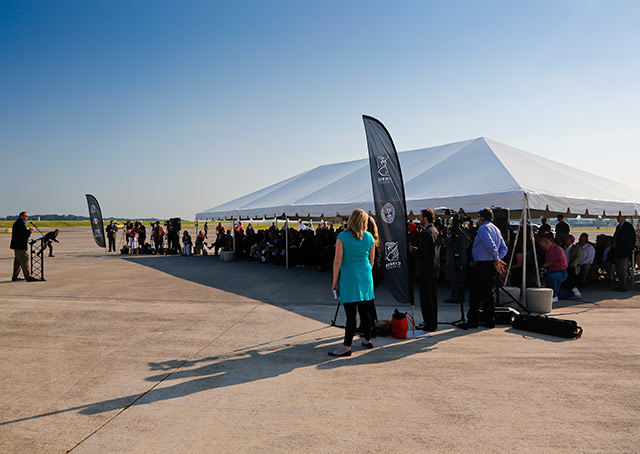