Get the app Get the app
Already a member? Please login below for an enhanced experience. Not a member? Join today
News & Videos Decision point

Editor's note: This article has been updated to correct inaccurate information about the fee for using the communications laboratory at the Helicopter Flight Training Center. 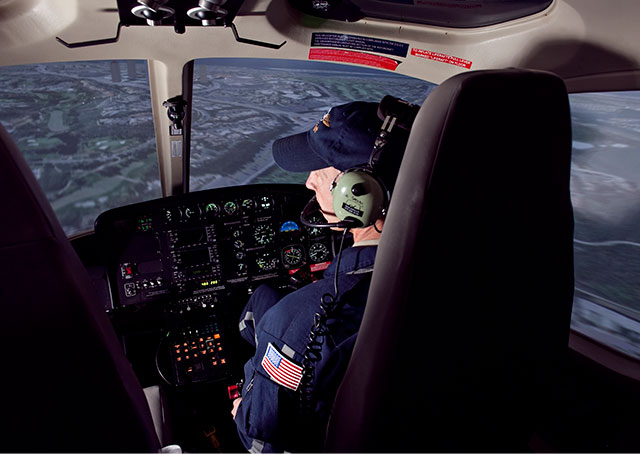 Emergency medical service helicopter pilots face a unique blend of pressures, not least of which is the pressure to continue a flight as weather deteriorates with a critically ill patient in desperate need. The rapid expansion of the industry over the past decade has been accompanied by a worrisome increase in accidents and fatalities—so much so that the NTSB has issued a number of alerts, recommendations, and reports aiming to improve practices and procedures.

The industry has responded as well, the latest example being a collaboration announced May 10 by the National EMS Pilots Association that seeks to demonstrate and validate the efficacy of an Enroute Decision Point protocol in simulators, refine it as needed, and encourage widespread adoption for avoidance of inadvertent flight into instrument meteorological conditions.

The protocol being tested is simple enough. Airspeed decrease of 30 knots, and/or descent below a specified altitude, should trigger a decision to take one of three options—turn around, land, or proceed under IFR if the helicopter is equipped to do that.

“We’re just trying to give pilots another tool that they can use to keep them out of IMC,” said NEMSPA President Kurt Williams, who noted that EMS pilots tend to respond to deteriorating weather in flight in much the same way other pilots do.

“We kind of sit forward in the seat and get closer to the windshield because we think we can see better. Then we start to slow down, and then we start to descend,” Williams said. “Before you know it, we’re in a bad spot.”

Inadvertent flight into IMC is among the leading causes of accidents, and fatal accidents in particular. The NTSB issued a safety alert in 2014 that recommended simulator training as part of a comprehensive approach to reducing the deadly toll; helicopter operations have long been a focus of NTSB concern. Williams said NEMSPA officials (all of whom volunteer for the duty) met with federal aviation and safety officials in Washington before heading to Shreveport, Louisiana, to “climb in the simulator.”

Those simulators are themselves part of the industry response to the troubling accident rate. They are housed in a $3 million training center created by Metro Aviation and run “not as a profit center,” but as a solution to increase access to technology that is usually priced out of reach for small operators, both commercial and nonprofit, according to Terry Palmer, who was hired as the first director of the Helicopter Flight Training Center.

“I personally have been knocking on the NTSB door for a long time,” said Palmer, who previously worked for FlightSafety International and is an outspoken advocate of the safety benefits of simulation. “I really have been bugging them.” 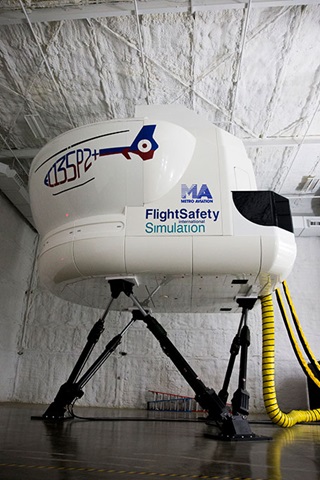 Palmer said her center, which came online over the past two years, offers time in a Level D simulator and a Level 7 flight training device. Another simulator will arrive in August.

“We dry lease them at or below the cost of the aircraft,” Palmer said, adding that access to classroom and conference rooms, training materials, and training for customers’ instructors to use the simulator are all provided free. “What we were looking for is a way to provide simulator training to operators who could never afford it before.”

The center has also created a communications laboratory, allowing dispatchers to join the pilots they work with in a simulation that includes real communication. The CommLab is offered to operators for a $349 fee that covers instructor travel, course materials, and lunch for two days. Manufacturers provided $250,000 worth of equipment and software to build the lab, which could become a nexus of the first standardized training for dispatchers. Programs are held monthly that allow dispatchers and pilots to simulate together.

“It’s being operated as a resource to the industry,” Palmer said.

Metro Aviation—a business that offers a range of services including operations, completion, and maintenance—offers pilot training programs of its own, while making simulators available at low cost to anyone in the industry.

Meanwhile, Metro Aviation has written declining visibility scenarios into its training program, and pilots will fly missions providing data that will be used to evaluate and refine the EDP protocol. Williams said the data will demonstrate whether a speed reduction of 30 knots is the right benchmark to include. He noted that simulators can also create precise visibility parameters, while pilots in the real world find it difficult to judge visibility distance, in particular.

“I can’t tell the difference between four miles and three miles” visibility, Williams said. The EDP protocol “seems really simple, but I think it can be a huge benefit to guys because it takes all the guesswork out of it.”