Get the app Get the app
Get the latest news on coronavirus impacts on general aviation, including what AOPA is doing to protect GA, event cancellations, advice for pilots to protect themselves, and more. Read More
Already a member? Please login below for an enhanced experience. Not a member? Join today
News & Videos Disaster relief continues after Hurricane Joaquin

Editor's note: This story was updated Oct. 15 with the latest relief efforts from Tropic Ocean Airways. 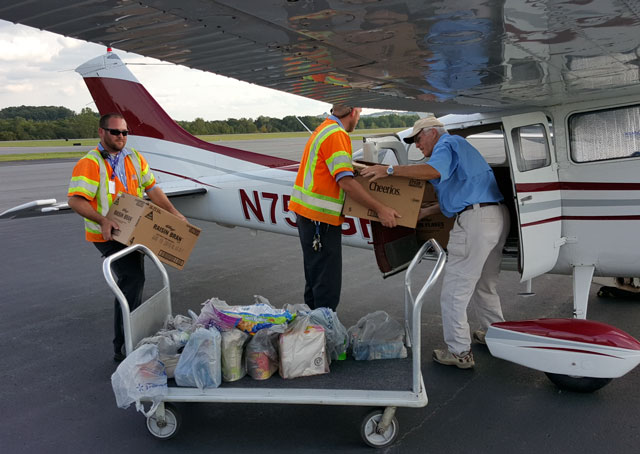 AERObridge is seeking six to eight pilots to fly from Jim Hamilton L.B. Owens Airport in Columbia, South Carolina, to Georgetown County Airport in Georgetown on Oct. 16, which “is the closest airport from which we have usable roads to the area these supplies are needed,” the nonprofit disaster relief and coordination group said in a news release.

“To date, AERObridge has transported over 3 tons of food and water to assist the residents of South Carolina who have suffered so much,” the group said. “Our work is not yet finished.”

AERObridge coordinated with state and county agencies and emergency operation centers to get supplies where they were needed most. 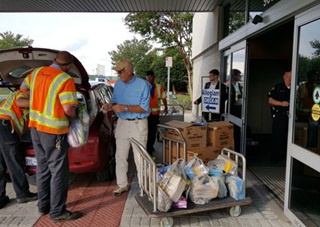 On Oct. 9, relief flights delivered supplies to Santee Cooper Regional Airport in Manning, South Carolina, where they were transported to a shelter serving more than 200 people who had been displaced by the flooding. “When our Director of Operations arrived at the shelter with the supplies, there was no food in the kitchen and another 5 busses of people had just arrived,” AERObridge reported. “We were able to fill the gap until supplies were sent via road.”

In addition to notifying members of AERObridge’s need for volunteer pilots, AOPA donated $5,000 for the group to purchase supplies such as bottled water, dry cereal, powdered milk, juice, grits, oatmeal, pasta, rice, and canned goods that were delivered during the Oct. 11 airlift that included 10 aircraft.

“AERObridge would like to thank AOPA for alerting their members and all who registered their aircraft to assist in our South Carolina relief efforts,” the group said in a press release. Those who wish to participate in the ongoing efforts in South Carolina can register on the AERObridge website. The group also is collecting monetary donations to purchase supplies for delivery. 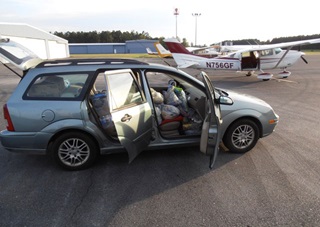 AOPA also donated $5,000 to Florida-based Tropic Ocean Airways to purchase supplies for their relief flights to the Bahamas. The company initially used its Cessna Caravans on floats to deliver much-needed supplies to islands where airports were temporarily closed because of flooding or other damage.

"The majority of the airports were closed" immediately following the hurricane, Tropic Ocean Airways CEO Rob Ceravolo wrote in an email to AOPA. "In addition, most of the roads were impassable, so even islands with open airports were struggling to get supplies to those in need. The seaplanes offered us direct access to these areas."

Since the company got involved Oct. 3, it has delivered about 50,000 pounds of supplies in its wheeled and amphibious Caravans, Ceravolo wrote. The company dedicated its entire fleet of Caravans to the mission, working with the Bahamian government and Red Cross of the Bahamas. The company’s pilots have helped evacuate more than 30 people, including a couple in their 90s. The majority of the company's efforts provided initial emergency relief to areas completely cut off, but it continues to help as needed while "allowing the humanitarian organizations to do what they need to do in the relief" as more airports open, Ceravolo explained.

"The Bahamas are our second home...the people in the family island are our extended family," Ceravolo wrote, later adding that "the smiles and hugs we received last week make it all worthwhile."

“The general aviation community is a generous group, donating their time, aircraft, and supplies to aid others in need,” said AOPA President Mark Baker. “Our donation is a small part of this community effort, and we applaud all of the pilots and organizations working day in and day out to bring relief to the hardest hit areas of South Carolina and the Bahamas Islands.”