Get the app Get the app
AOPA will be closing at 2:30 pm ET on Friday, May 27, 2022, in observance of Memorial Day. We will reopen at 8:30 am ET on Tueday, May 31, 2022.
Already a member? Please login below for an enhanced experience. Not a member? Join today
News & Media Bonhomme takes championship, announces retirement

Editor's note: This article has been updated to include Paul Bonhomme's Oct. 22 retirement announcement. 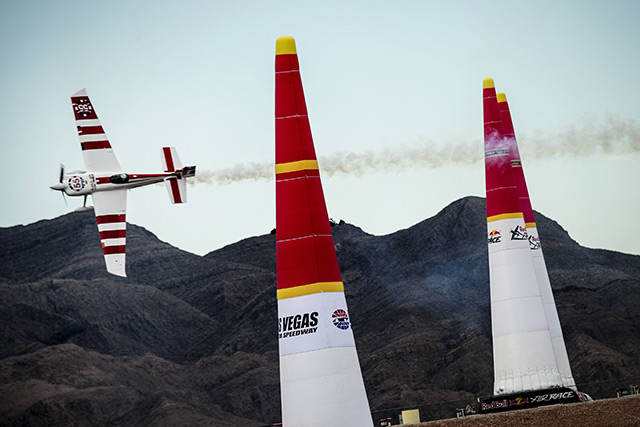 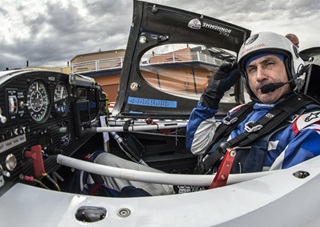 Great Britain’s Paul Bonhomme became the first pilot to win three Red Bull Air Race World Championships, locking up the 2015 title at Las Vegas Motor Speedway Oct. 18, and announced days later that it would be his last. American race pilots Michael Goulian and Kirby Chambliss might not have made it to the podium, but they provided heart-stopping entertainment.

Bonhomme left Las Vegas with his forty-fifth Red Bull podium finish, a career that also includes more wins (19) than any other pilot.

“I have taken the decision to stop to pursue other flying activities as well as enjoying family time at home,” Bonhomme wrote on Facebook Oct. 22. “The new race format was the catalyst to consider my options and then various other reasons added to my eventual decision. I have thoroughly enjoyed my ten years of racing and will miss those golden moments in the track. Thank you to everyone along the way, it has been a blast!”

Bonhomme, who competed in 66 Red Bill Air Races, said on Facebook that he’s looking forward to next season: “I can’t wait to watch a race next year as I have never actually seen one!”

Goulian—who appeared to be an underdog after qualifying (the 14 master class pilots fly the 7-mile race course in head-to-head matchups on the first day of the two-day race)—ended up as the “fastest loser,” which might sound like a put down but is actually a good thing. Racers vie for the fastest time on the course in two 3.7-mile laps, flying through three air gates (82-foot-high pylons) and a chicane (a series of single pylons positioned in a line). Goulian’s losing time in his head-to-head with Austria’s Hannes Arch was the fastest of those who lost their heat. That sent Goulian into the round of eight, where he was pitted against Japan’s Yoshihide Muroya.

Both Goulian and Muroya clocked impressive times on race day Oct. 18, but this race comes down to winning by as little as one-thousandth of a second. Although both stopped the clock in less than 50 seconds, they were unable to reach the podium, where Australia's Matt Hall stood in first place, Bonhomme in second, and Germany’s Matthias Dolderer in third when the day was done.

Probably the most disappointed would have to be Muroya, who had been racing so well all weekend and was just short of the podium, placing fourth. Arch finished fifth and Goulian sixth. 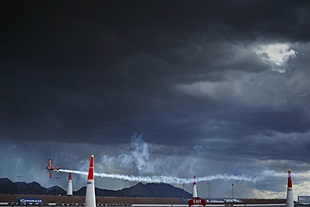 His face said it all—and the commentator watching Chambliss’ reaction via the onboard Garmin VIRB called it his “ugly face”—the races were over for No. 10, one of the two Americans in the 2015 Red Bull Air Races. Chambliss has raced in every season of the Red Bull Air Race since its inception in 2003.

Highly competitive, Chambliss appeared to be the U.S. favorite this year in the qualifying rounds on Oct. 17. The addition of winglets to his Zivko Edge 540 V3 increased speed, and he was fifth in the training round. But it was not to be. Head to head against Czech racer Martin Sonka, Chambliss was slightly slower than the former decorated Czech Air Force pilot.

Chambliss was disappointed, calling his effort the result of a “mistake.” Disappointingly, Oct. 18 was his birthday.