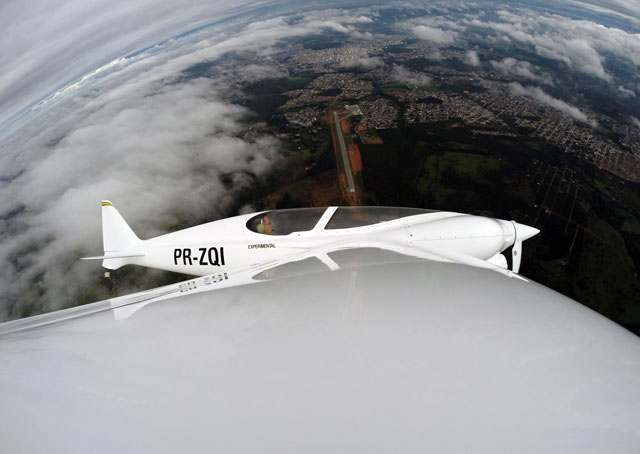 The shark launched into the Rio de Janeiro sky in August and within a week laid claim to five world records, gobbling them up in rapid succession as it raced into history. Down the gullet went Jon Sharp’s 290 mph over 3 kilometers in the c1a class, a records classification established by the Fédération Aéronautique Internationale for propeller airplanes weighing 661 to 1,100 pounds. Down went Sharp’s 15-kilometer mark of 283 mph. Richard Young’s 2010 record in the same class over 100 kilometers, 242 mph, was bested by 62 mph in one big gulp. For good measure, Gúnar Armin Halboth, pilot of the prototype speedster known as Anequim, gobbled up a time-to-climb record.

Anequim is Brazil’s name for the shortfin mako shark, Isurus oxyrinchus, the fastest shark in the sea. That namesake fish has been clocked at 46 mph in short bursts (50 mph, if you believe this YouTube video), and the largest ever caught weighed nearly twice Anequim’s empty weight of less than 730 pounds. The margin by which Paulo Iscold’s latest creation bested the previous long-distance speed records (over 100 and 500 kilometers) exceeded a mako’s top speed: 62 mph and 66 mph, respectively. (FAI ratification for Anequim’s records is pending.) On the shorter courses, the margin averaged about 34 mph faster than Sharp's Nemesis, deemed by the Smithsonian National Air and Space Museum the “most successful aircraft in air racing history.”

Anequim topped 323 mph with the heart of a Cessna Skyhawk: a four-cylinder Lycoming IO-360 modified by Sky Dynamics, a Virginia firm that specializes in high-performance engine mods.

“Marshall and Kevin Murray dove headfirst into the project, and making use of the experience they’ve amassed throughout the years, in particular with Red Bull Air Race, they began to design an unbeatable engine,” Iscold wrote in his own account of Anequim’s creation for EAA Sport Aviation magazine’s September 2015 issue.

The 278-horsepower upgrade was matched with a propeller by renowned designer Craig Catto, as Air & Space Magazine recounts in the August 2015 issue. 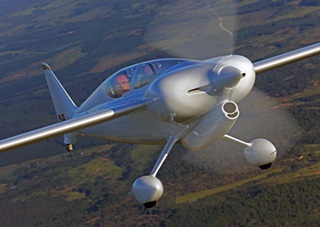 Most of the rest of the work, and there was a lot of work, was done in the shop and on computers by aeronautical engineering students Iscold teaches at Universidade Federal de Minas Gerais (UFMG) in Belo Horizonte, Brazil (in translation, the Federal University of Minas Gerais).

“Our engineering course in Brazil is known for hands-on teaching, an uncommon approach due to a publish-or-perish mentality that has taken over the academic world,” Iscold, an EAA member, wrote in Sport Aviation. “Prototype development is a priceless opportunity for students. It gives them a chance to experiment and test concepts learned in a classroom without the added pressure of guaranteeing successful outcomes (since they are not yet professionals). Of course, I’m not included in the protective umbrella of experimentation that excuses student mistakes. I am the professional who must guarantee success.”

Iscold has made speed his profession in more ways than one: He is the engineer for Red Bull Air Race World Championship pilot Paul Bonhomme’s team, the aerodynamic and design expert contributing to Bonhomme’s ongoing run as the most successful pilot in the series’ history.

In a Facebook post Aug. 24, Iscold reported the speed marks and a new time-to-climb to 3,000 meters record, 2 minutes 26 seconds, besting the previous mark by 42 seconds.

“So, yes, we got five world records and now we can call Anequim the world's fastest four cylinder airplane, delivered as promised!” 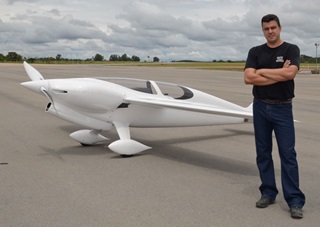 Iscold remains insatiable in his appetite for speed, and more of it. He is eyeing the 528 mph mark, the all-time record for propeller-driven aircraft.

The birthplace of this composite aircraft with complex, flowing lines and laminar flow wings is the university’s Centro de Estudos Aeronáuticos, a classroom laboratory where Iscold’s concept—a design inspired by racing airplanes of years past including Nemesis—was rendered first in digital form. Iscold had himself learned aircraft design and hands-on fabrication from his own mentor, Cláudio Pinto de Barros, in the same shop, helping his professor transition from a slide rule world into the age of computer aided design while developing into a designer in his own right. Iscold would build his first record-setter, the CEA-308, in this same shop; starting in 2011, Anequim took shape at the hands of a new generation of engineers who are now already working for, or soon to follow to, Embraer.

Molds made from eucalyptus wood in favor of the more traditional pine were fabricated with two techniques developed by the team. It took a little more than a year to complete the airframe, and the work had only just begun. Mounting the engine, installing the electrical system, instruments, and flight controls would take another year.

“For my students, in particular, it is a period when they can learn many details that cannot be learned in a classroom setting,” Iscold wrote in Sport Aviation.

A champion aerobatic pilot, record-setter, and Iscold collaborator since 2009, Halboth flew CEA-308 (with a new engine replacing the less reliable original) to a top speed of 223 mph on 80 hp, a record that still stands. Anequim was designed and built with Halboth’s active participation, and custom tailored to its pilot, as Halboth recounted on Facebook following the maiden flight in November. Getting into the cockpit requires a procedure: 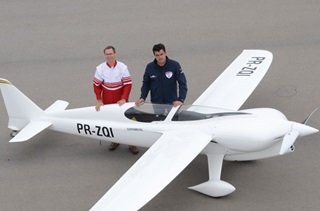 “I have to adjust the parachute, put both feet inside, put my weight on my elbows that now rest on the sides of the fuselage end stretch my legs forward. Some ‘worm’ like movement to reach the pedals and accommodate my back. Seating is really tight. My elbows for example have to be ahead of my body. No room sideways. Thrust lever moves more up and down than back and forward. And a side stick, as there is no room for a conventional one between my legs. Now I can reach the five point seat belt and headset.”

Halboth found the handling very predictable, and knew in the first five seconds in the air that “controllability is perfect.”

The maiden flight was not without complications: Failure of a flap actuator kept the flaps retracted, and thus raised the approach speed from about 100 knots to 130 knots. This required the pilot to “experiment” with sideslipping the slippery speedster, making two approaches in which the airplane stubbornly refused to descend, and eventually holding that slip right into the flare:

“I remove this sideslip and allow touchdown, which occurs very smoothly at about 85 to 90 (knots). But speed seems not to be draining anymore. It floats slightly two times and, having a good length runway, I decide to shut down the engine. Now it finally settles down and I can brake to a stop. No directional control problems at all.”

Halboth concluded his maiden flight report with a glowing review: “Great flight! I can assure that this is not a common thing on brand new projects like this. It developed the way I wanted, not the way I expected.”

The flap problem was quickly fixed.

Iscold, in an email exchange with AOPA Online, noted there are other limits to be avoided. 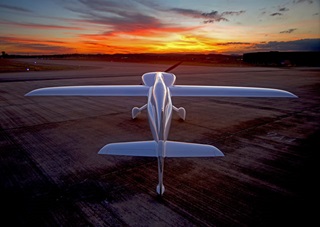 “For sure the airplane can’t recover from a flat spin due (to its) tail geometry, but again, that is the compromise,” Iscold wrote. “To make it safe, fly it on long runways (1000m) and it will be fine!”

The team chose Santa Cruz Air Force Base, with just under 9,000 feet of runway (2,739 meters), for the record attempts.

“The frontal visibility is limited but nothing worse than a Pitts,” Iscold wrote Aug. 31. “The low angle of the acrylic makes his life more difficult when the sun is ahead of him. But, you know, that is the compromise for speed.”

Iscold promised more record attempts in his email to AOPA Online, possibly in October. He also confirmed another project will surely follow Anequim. Perhaps a super sport airplane, a Reno racer. Iscold has plans, good ones, he said, and is ready to talk speed with interested sponsors. 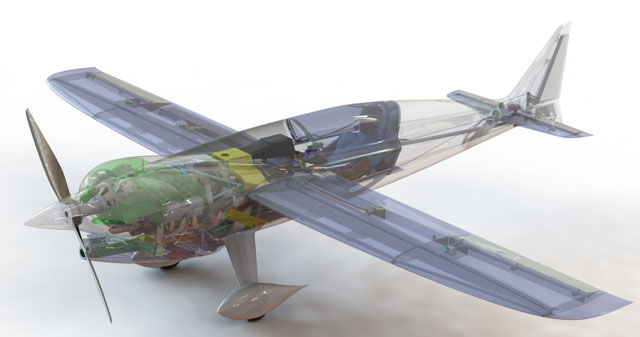