Get the app Get the app
Already a member? Please login below for an enhanced experience. Not a member? Join today
News & Media Bonhomme gains ground

Brit is fast, consistent over Ascot 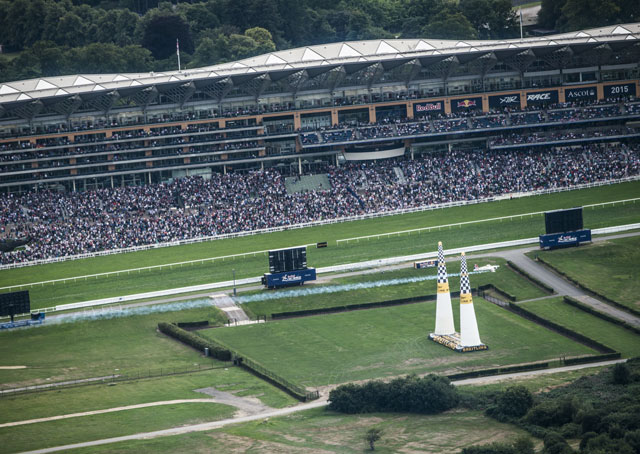 Paul Bonhomme solidified his grip on the 2015 Red Bull Air Race World Championship trophy as the series returned to Great Britain Aug. 15 and 16, opening his championship lead ahead of the final three races. Two of those races will be held in the United States (Fort Worth, Texas, Sept. 26 and 27, and Las Vegas, Oct. 17 and 18) with the championship now beyond the reach of both American pilots, who have endured tough luck against a competitive international field.

Pilots pulled up to 10 Gs over Ascot, the famous horse racing track west of London that dates to 1711 and has a strict dress code for many events. For the second time in the Red Bull series’ history, the home of the Royal Ascot, the track's signature event, traded horses on turf for horsepower overhead. And on the turf: Pilots launched from that famous track and each run was timed from a standing start before a reported crowd of 40,000.

Bonhomme was consistent and fast, posting the top qualifying time of 1:06.023, followed by a 1:06.961 in the first head-to-head round. Bonhomme lost that round to Hannes Arch, winner of the Budapest race in July but advanced nonetheless with the fastest time among the first-round losers. Bonhomme then flew a 1:06.542 lap in the next round to advance to the finals at the expense of Arch, who was unable to get his engine started for the instant rematch.

“It’s frustrating if you can’t race but that’s life,” said Arch, in Red Bull coverage posted by the Fédération Aéronautique Internationale, the world motorsports organization that sanctions the Red Bull series as a world championship. Arch slipped to third in the championship, with a total of 30 points scored in 2015, trailing Bonhomme’s 46 points (including 12 earned for the first-place finish at Ascot) and Australian Matt Hall, who has 38 points after his second-place Ascot finish.

"It was a hard day at the office but today was great fun—I enjoyed that," Bonhomme told Red Bull’s media team after hitting speeds near 200 knots on the track. “All I can say is this was due to teamwork, teamwork, teamwork. I’m only the driver. I just point the plane in the right direction.” 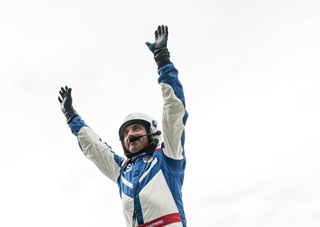 Bonhomme, the most successful pilot in the series' history and the only pilot to start every race, added to his record total of race wins and podium finishes.

American Michael Goulian’s tough season continued, meanwhile, with a first-round loss to Ivanoff, flying a 1:08.721 lap. That left Goulian in tenth place in the 2015 standings with 8 total points. Fellow U.S. pilot Kirby Chambliss also made a first-round exit after qualifying seventh, matched head-to-head against 2014 champion Nigel Lamb, who did not make the finals. Lamb’s fifth-place finish at Ascot put the 2015 championship beyond his reach, in practical if not mathematical terms (Lamb is now fifth in the season standings with 17 points).

The series heads next to Red Bull’s home track in Spielberg, Austria, Sept. 5 and 6, with the racing gates set up along the Red Bull Ring, which also hosts Formula One races. Goulian and Chambliss will have home crowds at last during the final two races, in Fort Worth and Las Vegas. 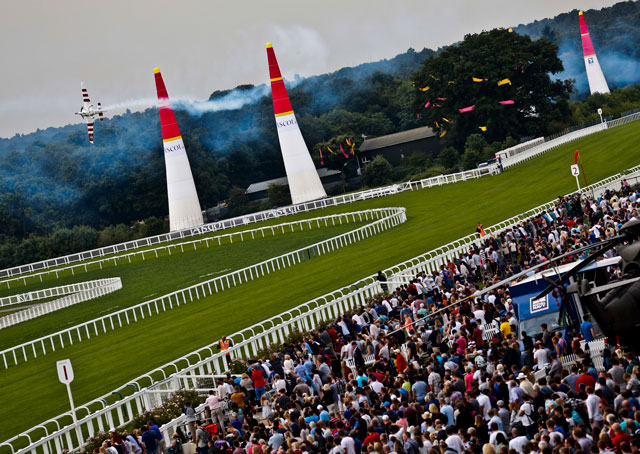