Get the app Get the app
Already a member? Please login below for an enhanced experience. Not a member? Join today
News & Media San Antonio salutes its aviation history 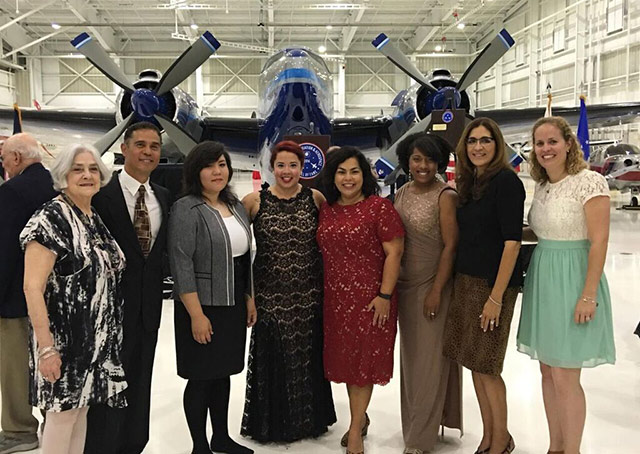 The inaugural dinner of the San Antonio Aviation and Aerospace Hall of Fame took place March 31, with a sell-out gathering of some 480 aviation supporters and dignitaries attending.

A ceremony marked the induction of the first eight members into the hall of fame, and National Business Aviation Association President Ed Bolen gave the evening’s keynote speech. AOPA Central Southwest Regional Manager Yasmina Platt attended the event on behalf of the association.

The San Antonio Aviation and Aerospace Hall of Fame is the product of collaboration between the Dee Howard Foundation, the Partnership for Corporate Aviation Training, and other partners. The Dee Howard Foundation was established in 2013 “to build on the legacy of legendary aviation pioneer and entrepreneur Dee Howard by preserving the rich history of aviation in San Antonio of which [Howard] was a part,” according to the organization’s website. 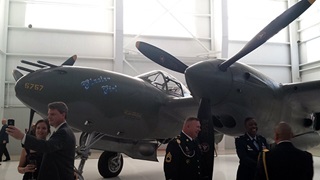 The dinner honored the Tuskegee Airmen and retired Lt. Col. Richard E. Cole, a member of the Doolittle Raiders.

The inductees included the late Maj. Gen. Benjamin Foulois, who as a lieutenant was ordered with a small group of enlisted men to Fort Sam Houston when it was chosen as the site for the Army’s early aviation efforts. They brought along a Wright Flyer and flew it from the north end of Cavalry Post parade ground starting on March 2, 1910. Foulois’s induction award was accepted by Lt. Gen. Perry L. Wiggins, Commander of U.S. Army North.

The Air Education and Training Command, headquartered at Randolph Air Force Base, was inducted in recognition of its role in recruiting, technical training, flight training, and the continuing education of generations of airmen.

Inductees Eddie, Katherine, and Marjorie Stinson were the siblings who worked to create the Stinson School of Flying in 1915 at Stinson Field, now Stinson Municipal Airport.

The Southwest Research Institute, also inducted, has been an important part of the San Antonio aviation and aerospace landscape since the institute was founded in 1947. The efforts of its engineers and scientists include designing fuels for propeller-driven airplanes and jet engines, and developing systems and components for aerospace.

Inductee Durrell U. “Dee” Howard, who was a respected inventor and legend in the aviation industry, had more than 40 U.S. and foreign patents issued in his name for automotive and aviation products. Companies he founded held more than 200 FAA supplemental type certificates and type certificates. Howard’s aviation career “spanned the birth and development of business aircraft in the post-World War II era,” according to the Dee Howard Foundation’s website.

Edward “Ed” James Swearingen was inducted as an “internationally known leader in the identification, design, development, and manufacturing of precedent-setting aircraft programs.” He founded Swearingen Aircraft and helped design aircraft for many other companies before designing and manufacturing his own airplanes. The SJ30, a high-performing and affordable twin-engine jet, was his thirtieth design. He also was inducted into the Texas Aviation Hall of Fame and honored as a Living Legend of Aviation. 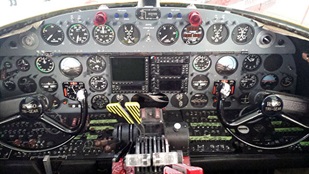 A static display of aircraft originally manufactured in San Antonio included the only two flyable twin-engine Howard 500s of 17 built, and Glacier Girl, the famous P-38 Lightning rescued from the Greenland ice sheet.

Platt credited Wayne Fagan, chair of the Dee Howard Foundation, for organizing and coordinating the inaugural event. “He worked hard and did a fabulous job,” she said. While in San Antonio, Platt visited Stinson Field and met with some of San Antonio’s aviation leaders, including representatives of the San Antonio Department of Aviation.

To learn more about San Antonio’s aviation history, watch the documentary Wings over the Alamo.