Once president-elect Donald Trump is inaugurated in January, a presidential temporary flight restriction will follow him wherever he goes, including his Mar-a-Lago residence in Palm Beach, Florida. A standard presidential TFR in that area would have a negative impact on six airports that have a “total economic output exceeding $1 billion, create over 8,000 jobs, and have a total payroll of $290 million,” AOPA President Mark Baker wrote in a letter to the Trump transition team. 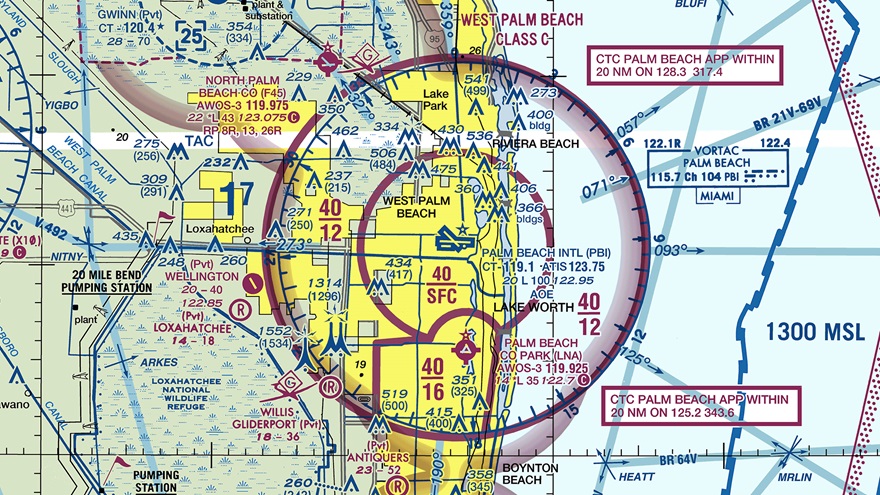 “We respect and understand the security rationale for these TFRs when you are in residence or conducting official business,” Baker wrote. “We simply request that you and your Administration consider the negative impact on jobs and local economies when implementing these restrictions.”

Presidential TFRs typically consist of a 30-nautical-mile-radius area that extends from the surface up to 17,999 feet msl and requires pilots to be on an active flight plan, squawk a discrete transponder code, and maintain two-way communications with air traffic control. The TFRs also contain an inner 10-nm-radius GA no-fly zone that effectively shuts down all general aviation operations except for emergency and law enforcement personnel.

Palm Beach County Park Airport, known locally as Lantana Airport, is a designated reliever for Palm Beach International Airport that falls inside the 10-nm radius and would likely be shut down during Trump’s visits to Mar-a-Lago.

Lantana Airport is among the busiest general aviation airports in the United States for flight training and has 120,000 annual operations. The airport provides $27 million in economic impact to the local community each year and provides 250 jobs that have a direct economic impact of $15 million annually. In addition, more than 270 aircraft are based at the airport.

AOPA has a strong working relationship with the FAA and U.S. Secret Service to mitigate the impact of presidential TFRs and has done so with previous administrations. Most recently, AOPA worked with the government agencies to quickly reopen the Hudson River Corridor in New York City after a TFR had closed it down when Trump was elected president. Previously, AOPA worked with the FAA and Secret Service to allow operations at airports in Hawaii that would have been shut down during President Barack Obama’s vacations there.

“We look forward to continuing to work with these agencies and your Administration on this and other issues of importance to general aviation,” Baker concluded.