Get the app Get the app
AOPA Members DO more LEARN more SAVE more - Get MORE out of being a pilot - CLICK HERE
News & Media Mary Feik, noted aviation engineer, dies

Mary S. Feik, a noted aviation engineer, pilot, aircraft restorer, and inductee of aviation halls of fame, died June 10 at her home in Annapolis, Maryland. She was 92. 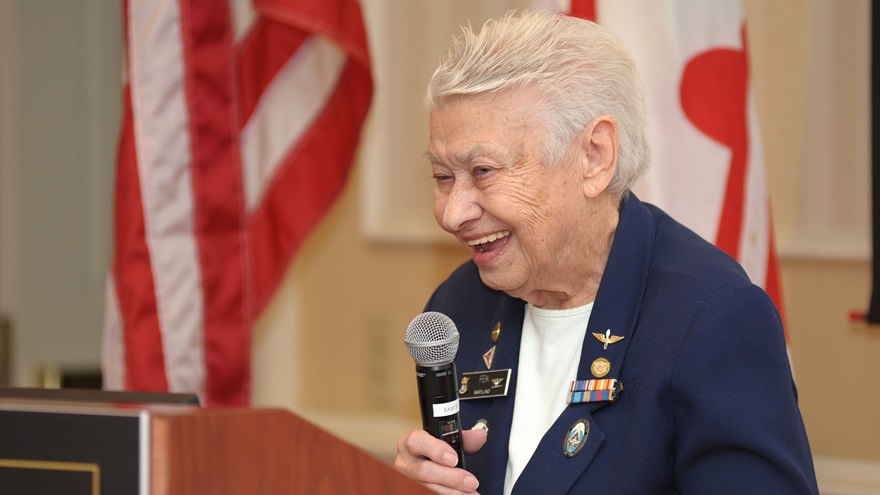 Feik, who was born March 9, 1924, in Cleveland, Ohio, was known as the first woman aviation engineer and an expert on military aircraft during World War II who wrote training manuals for numerous aircraft.

Feik flew more than 6,000 hours “in fighter, attack, bomber, cargo and training aircraft,” according to her profile on the website of the Paul E. Garber First Flight Shrine, into which she was inducted in 2014. She was also qualified as a B-29 flight engineer, it said.

Feik held a colonel’s rank in the Civil Air Patrol, in which more than 10,000 cadets have received a personally signed “Mary Feik Achievement Award,” the profile said. Feik regarded the award that was created in her name in 2003 as her “ultimate honor,” she told the Civil Air Patrol.

She also was a 1994 inductee of the Women in Aviation International Pioneer Hall of Fame. The organization noted that Feik had overhauled her first auto engine at age 13, and turned her attention to aircraft engines at 18, going on to instruct Army Air Corps aviation mechanics. She was an inspiration to WAI members, said the organization’s president, Dr. Peggy Chabrian.

“Mary, WAI #53, was a maintenance instructor for the US Army Air Corps, and later became the first woman engineer in R&D for the USAF Air Technical Service Command. She was a renowned ambassador for the Civil Air Patrol, the first woman to receive the FAA Taylor Master Mechanic Award, and recipient of the Katharine Wright Trophy,” Chabrian said in a statement.

“I’ve known Mary for over 35 years and was always impressed with her love of aviation and her level of expertise on the aircraft she helped restore. Her work and involvement with youth through the Civil Air Patrol and her work in aviation education touched the lives of many,” she added.

Funeral arrangement will be under the direction of the John M. Taylor Funeral Home of Annapolis.

Dan Namowitz has been writing for AOPA in a variety of capacities since 1991. He has been a flight instructor since 1990 and is a 35-year AOPA member.
Go to Dan Namowitz's Profile
Topics: Aviation Industry, People