Get the app Get the app
Already a member? Please login below for an enhanced experience. Not a member? Join today
News & Media Owners praise ADS-B traffic, weather

Aircraft owners who have already equipped with Automatic Dependent Surveillance-Broadcast (ADS-B Out) are enjoying the benefits of the new technology—especially the optional ADS-B In benefits of in-cockpit traffic information and subscription-free weather, including Nexrad radar images. Almost all of the pilots responding to a recent AOPA request for ADS-B feedback equipped before the FAA rebate became available on Sept. 19, and also chose to add ADS-B In capabilities while equipping with ADS-B Out. 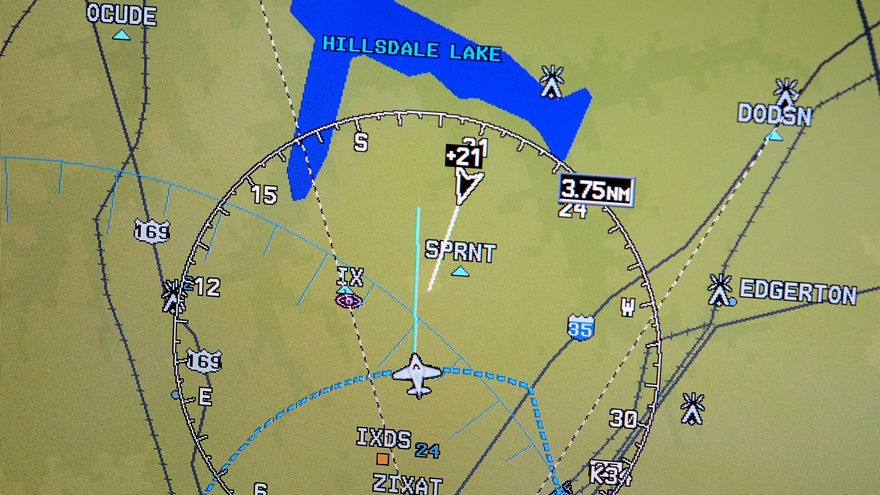 This Garmin G1000 multifunction display shows a non-ADS-B-equipped target ahead and 2,100 feet above. Its Mode C information is processed and transmitted by Flight Information Services-Broadcast (FIS-B), enabled by ADS-B In. Photo by Mike Collins.

ADS-B uses satellites instead of ground-based radar to determine aircraft location, and is a key technology behind the FAA’s Next Generation Air Traffic Control System. The FAA has mandated ADS-B Out equipage beginning Jan. 1, 2020, for operations in airspace where a transponder is required today.

As of Nov. 1, 3,087 aircraft owners had reserved a $500 ADS-B rebate from the FAA, the agency said. Of those reservations, 721 have been installed and validated, and $500 checks are being processed for 389 aircraft owners who have completed the claim process. The FAA is offering the rebate for one year or until 20,000 rebates have been claimed. More information about the rebate is available from the FAA online.

Early ADS-B adopters appreciate the situational awareness that in-cockpit traffic displays provide. “I pick up traffic way before I can visually pick it out,” said Gary Holden, who flies his Beech Bonanza V35 in busy Los Angeles-area airspace. “The ADS-B is really a great safety device.” He also appreciates the graphical depiction of temporary flight restrictions.

“Many times when using flight following, I’ll see the traffic on my iPad way before a notification from ATC,” said Jay Potter, who flies his Cessna 152 from Rock Hill, South Carolina. On a recent flight, he noticed an approaching aircraft 500 feet below and two miles away. “I was glad that I was able to see the plane myself on the scope before I could see it visually,” Potter said. “I have 18 months of experience flying with the system and am happy that I installed it when I did.”

In an online letter to customers and dealers, NavWorx President Bill Moffitt hinted at a possible resolution for the airworthiness directive proposed against several models of the company’s ADS600-B universal access transceivers.
“We are diligently working on the solution to resolve this situation in a timely matter,” Moffitt said, adding that the company is waiting on the resolution of the proposed AD. “If the FAA does not allow the use of the internal GPS, then we will offer the ability to modify the products from the 200-0012 and 200-0013 part numbers to part numbers 200-0112 and 200-0113.”
NavWorx part numbers 200-0112 and 200-0113 are not subject to the proposed AD and currently qualify for the FAA ADS-B rebate program. Modification likely would involve replacement of the internal GPS receiver.
Moffitt said that NavWorx’s phone system has been overwhelmed by volume, and suggests that customers check the company’s website weekly for updates and announcements.
AOPA continues to monitor the situation, and is preparing comments to file in response to the AD proposal.

John Hodgson of Atlanta installed ADS-B while adding an autopilot to his 1967 Cessna 185E. “My surprise, and delight, was the first audible call-out of traffic by the Garmin 345 over my headset of ‘traffic, 1 o’clock, 1,000 feet.’” That occurred in busy airspace during the autopilot test flight. “I didn’t realize this was part of the bargain,” Hodgson said. “It’s a potential lifesaver—worth every dollar I put in the upgrade.”

“A completely unexpected benefit of equipping with a modern ADS-B transponder has been the way that I'm now treated by ATC. They seem to be a lot more confident of my intentions and position, and easily grant direct-to clearances—even in busy, over-water, international airspace,” said Antonio Lotero, who bases his Piper Seneca III in Ft. Lauderdale, Florida. “I routinely get direct-to initial approach fixes, something that would almost never happen while equipped with an old Mode C transponder.”

And some owners reported benefiting from both ADS-B weather and traffic on the same flight. Fred Bursch of Rapid City, South Dakota, installed ADS-B last year as part of an avionics upgrade to his Piper Seneca III. A month ago he was flying home from Cheyenne, Wyoming, when scattered late-afternoon thunderstorms began popping up. “Without on-board radar, I was able to see the storms moving across my route and plot my course to circumnavigate them,” he said. “All of a sudden, I get a flashing yellow screen on all of the avionics and a ‘traffic alert’ audible command in my headset.” The cockpit display showed a southeast-bound target level at 11 o’clock and 10,000 feet—an incorrect altitude for its direction of flight. “About 30 seconds later I got a visual on a Beechcraft Bonanza as it passed 500 feet overhead.”

Aircraft owners considering ADS-B Out equipage to qualify for the $500 FAA rebate can find a wealth of information online. AOPA’s online ADS-B resources can help owners identify compatible equipment choices, based on where they fly. The FAA also has an online database of qualifying equipment. In July, AOPA presented a webcast on considerations in selecting the most appropriate ADS-B hardware for an aircraft; the archived two-hour webcast can be viewed at any time.

Early applicants for the rebate have revealed some misunderstandings about the process. To comply with the rebate rules, aircraft owners must fly in FAR 91.225 rule airspace for at least 30 minutes during their ADS-B validation flights. This is any airspace where ADS-B Out will be required come January 2020: Class A; in or above the 30-nautical-mile “Mode C veil” around primary airports in Class B; in or above Class C; or Class E airspace at or above 10,000 feet msl, excluding any airspace 2,500 feet or less above ground level. FAR 91.225 also includes Class E airspace at and above 3,000 feet msl over the Gulf of Mexico, extending out 12 nm from the U.S. coastline. (Flying in rule airspace is not required to validate the performance of ADS-B Out equipment, unless the aircraft owner also seeks to qualify for the rebate.)

ADS-B performance can be verified at any time using the FAA’s online Public ADS-B Performance Request webpage; the link and additional information are available online. If the aircraft passes the performance evaluation—meaning no parameters highlighted in red on the emailed report—and the rebate requirements, the performance report also will include a GA Incentive Rebate Status (GAIRS) code. This code, and the rebate reservation code obtained at the beginning of the FAA rebate process, must be submitted online to claim the rebate.

AOPA has been involved in the ADS-B rebate effort from the beginning, collaborating with the FAA, Aircraft Electronics Association, and General Aviation Manufacturers Association to make the program beneficial to aircraft owners. “We have seen thousands of aircraft owners take advantage of this incentive and equip early, avoiding the foreseeable shop-time limitations,” noted Rune Duke, AOPA director of airspace and air traffic. “Pilots should equip ahead of 2020 to ensure their aircraft retains access to the airspace it has access to today.”

Technical Editor
Mike Collins, AOPA technical editor and director of business development, died at age 59 on February 25, 2021. He was an integral part of the AOPA Media team for nearly 30 years, and held many key editorial roles at AOPA Pilot, Flight Training, and AOPA Online. He was a gifted writer, editor, photographer, audio storyteller, and videographer, and was an instrument-rated pilot and drone pilot.
Go to Mike Collins's Profile
Topics: Avionics, ADSB 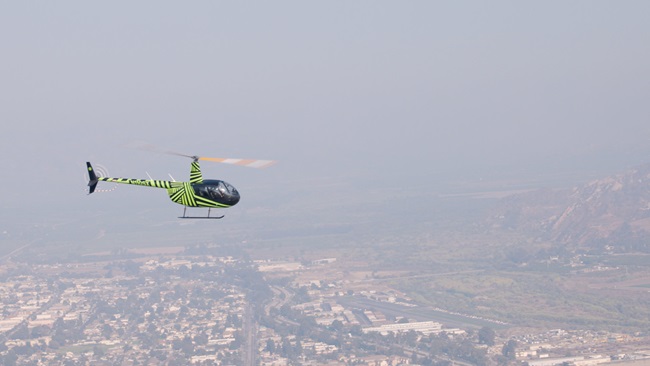