Get the app Get the app
Already a member? Please login below for an enhanced experience. Not a member? Join today
News & Media Drone fence arriving in Denver

Drones approaching sensitive facilities can be instantly identified and tracked; their operators located; and, if need be, the defense system developed by a company called Sensofusion can even force the offending drone to land at a location designated in advance—all without need for human intervention. The essential equipment is roughly the size of a wireless router commonly found in homes and offices, or a set-top cable television box. Add an antenna and a computer, and you’re up and running. Soon there will be an Airfence at Denver International Airport. 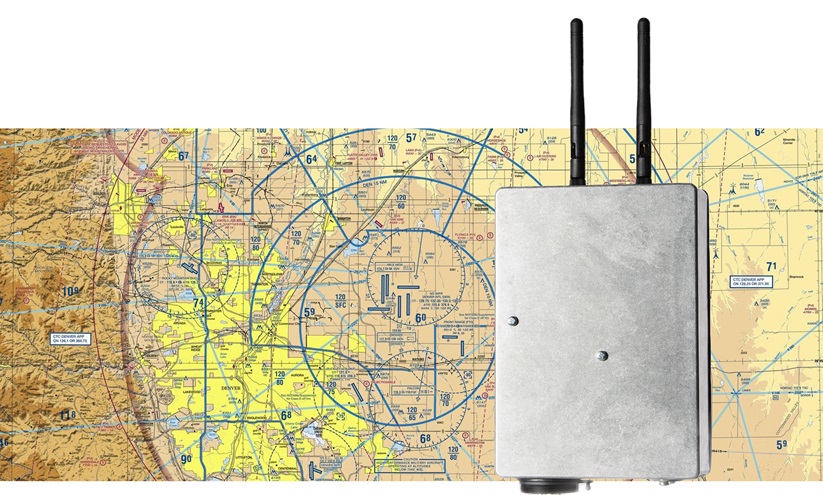 The Airfence system by Sensofusion uses a small electronic device to detect and control drones that enter sensetive areas, and will soon be installed at Denver International Airport. Airfence device photo courtesy of Sensofusion.

At the outset of the Denver installation, the Airfence will simply monitor radio frequencies used by drones and alert air traffic control if a drone is powered up within six miles of the antenna. That is somewhat unlikely around Denver International Airport already: Electronic fences built into systems produced by major drone makers will not allow a drone to fly anywhere near the airport.

Still, if, perhaps, a homebuilt drone ventures within range of the airport, Airfence should be able to detect its electronic signature; issue an immediate alert, such as a text message; and log the intrusion for later viewing by authorities, including the digital signature that uniquely identifies most electronic equipment made today.

Much of the Airfence system’s capability to do more than just detect a drone will be held in reserve, pending updates to or waivers from federal regulations that preclude deliberate interference with the airwaves.

“We already have the technical capabilities” to control a drone and, at minimum, force it to land, said Kaveh Mahdavi, vice president of operations at Sensofusion, in a telephone interview.

He plans to personally see to the Denver installation, a first for his company in the United States but far from the first time the system has been demonstrated or deployed. Airfence has been shown to the FAA, NATO, various government agencies in Finland, and elsewhere in Europe. It has been set up in stationary installations and just as easily gone mobile, installed in a motorcade transporting Russian President Vladimir Putin during an official visit in Europe. Mahdavi said he must be circumspect about the details of such deployments, but he’s eager to show airport operators and others with responsibility for critical or sensitive facilities what Airfence can do.

The system can accomplish exactly what proved impossible for companies and laboratories, large and small, that participated in the recent MITRE Corp. Drone Challenge, which awarded $100,000 in prizes to firms that came close in many respects, but failed to fully achieve the goals: Detect the drone, locate the operator, and (this is the part nobody managed to fully achieve) force the drone to land in a designated area with any payload undamaged.

This last challenge, Mahdavi said, is well within the capabilities of Airfence, which is designed to (where allowed by law or regulation) override the radio communication between drone and operator, and either force the drone to land in a designated area, or at least force it to land where it is. Even if the unmanned aircraft uses encrypted communication protocols, Airfence can still triangulate drone and operator, and take control of the drone to a high degree. It even has a form of artificial intelligence, a built-in ability to reverse engineer the communications between drone and operator of a system it has never detected before.

Mahdavi does not claim Airfence is completely foolproof, and bad actors will continue to develop their own technology hoping to counter the countermeasure. But the most common drones, those most likely to be flown too close to an airport, inadvertently or otherwise, are vulnerable to Airfence takeover and control.

Mahdavi said introducing the system capabilities in stages, starting with simple monitoring and recording of drone activity in local airspace and providing awareness to air traffic controllers and others has proved to be the best approach. He is eager to gain a foothold among U.S. airports since the rest of the world looks to the United States for leadership in matters of technology, and welcomes inquiries from airport operators. Sensofusion is also working with the FAA on a Pathfinder program launched this year, one of three companies engaged to identify the most promising countermeasures against wayward or maliciously operated drones of the present and future.

“I am having weekly conference calls with the FAA,” Mahdavi said.

Once the system is installed in Denver, the first U.S. airport to have its own Airfence, the equipment will be connected to a local computer. It can be set up to passively collect data, or alert controllers or anyone else, via text message or other means, when a drone flies into a designated area. Airfence collects telemetry including metadata from the drone. That metadata includes the electronic address that identifies a specific piece of equipment like a digital fingerprint, information that could allow law enforcement to trace equipment back to a specific individual. It will also locate the operator in real time by triangulating the electronic exchange between drone and control station.

Alerts can escalate as the drone approaches a more sensitive area; Mahdavi said the system is so sensitive it can often locate a drone in a protected area before the motors start. Electronic communication between drone and controller begins as soon as each is powered on, and those signals can be detected up to six miles away.

“Because our detection range is so long, we can in most cases detect the UAV when it’s turned on before it even starts flying,” Mahdavi said.

Even if an operator sets a drone to fly autonomously along a route defined by GPS waypoints, there is still radio frequency traffic to and from the unmanned aircraft, Mahdavi noted, using the acronym for unmanned aerial vehicle: “The UAV … they may not realize this as the operator … still communicates.”

Sensofusion is not a newcomer, not one of the technology startups in recent years fueled by huge infusions of venture capital and big drone dreams. In fact, Mahdavi said, the company has never taken a dime of venture capital funding. Founded in 2005, the company has built its own autonomous, tactical, military drones, at first to conduct reconnaissance and collect data for military users on the battlefield. Mahdavi said that when military customers asked Sensofusion to add weapons to those drones (a step the Pentagon is also studying) the realization followed immediately that an effective defense against armed drones would be crucial.

The first commercial Airfence units followed, and were deployed two years ago, though Mahdavi is tight-lipped about who has Airfence, mainly because of the sensitive and secretive nature of many of those customers. He is eager to work with airports, and said that he’d be inclined to price the system and services within reach of small community airports, not just major international hubs like Denver.

“The long-term view is the whole smart city approach,” Mahdavi said, referring to a vision of the future where infrastructure is connected to a grid, and Airfence transmitters are mounted on utility poles scattered throughout the city, perhaps one per mile, creating an electronic counter-drone network that covers an entire city.

“The only way to scale to that level is to make it affordable,” Mahdavi said.