Recent real-world tests demonstrated that the best defense against a rogue drone depends a lot on the drone, what you’re trying to defend, and where it is situated. A high-speed flying net and an integrated electronic detection and jamming system won the top prizes as The MITRE Corp. evaluated 42 systems developed in eight countries with $100,000 up for grabs for the best drone grabbers. 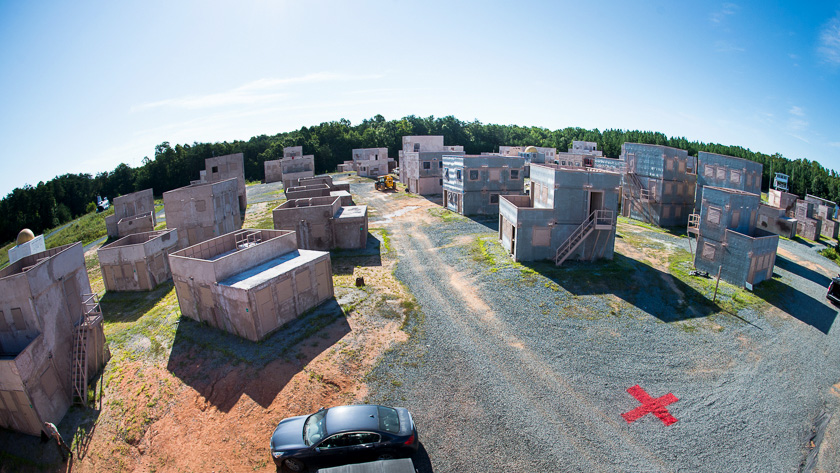 : Drone detection and interdiction systems were tested in August at the Marine Corps Base in Quantico, Virginia. Photo courtesy of The MITRE Corp.

Michael Balazs, a MITRE technology integration specialist and Jonathan Rotner, MITRE's lead systems engineer, devised a diabolically difficult challenge for those who would defend the public from drones intent on doing harm: The contest called for teams to detect small drones (under 5 pounds), determine the threat based on location and flight path, and interdict the tiny machines by forcing them to be recovered (with payload intact) in a designated safe area.

The contest, announced in 2015, drew submissions from companies and universities hoping their inventions would shine in a demonstration attended by dozens of federal agency representatives. Those government agency staffers are also the potential customers, and they are actively seeking systems able to neutralize the threat posed by drones to large public assemblies and other potential terrorist targets. (MITRE, a nonprofit entity, exists to bring private industry and government together to solve technological challenges.)

The finalists converged for a week in August on the Marine Corps Base in Quantico, Virginia, to put their systems to the test, intercepting inbound bogey drones flown by MITRE staff. Each anti-drone system was judged according to a long list of objective criteria including the time required to detect the drone and identify it as a threat, the location where the targeted drone came to rest relative to the target area, and numeric measures based on other criteria. A 30-second video posted to YouTube shows the winning interdiction system, the SkyWall 100 developed by Open Works Engineering  of Riding Mill, England, which took home $20,000 despite bringing the targeted drone to the ground in nothing like the controlled descent that Rotner and Balazs had called for.

The SkyWall 100 consists of an “intelligent” projectile launched by compressed air that homes in on the drone, deploys a net to snare it, and theoretically, releases a parachute to control the captured drone’s descent. In the video, the parachute package separates from the netted drone in the air, leaving the drone to fall faster than hoped for.

So, failure, it turned out, was an option, and the dollars went to those who came closest to the mark.

“That’s a fairly accurate assessment,” Balazs said in a telephone interview Sept. 12, soon after the challenge results were announced. “It also goes to show that we’ve got a ways to go. That was kind of the purpose of this.”

DroneRANGER, created by Van Cleave and Associates of Alexandria, Virginia, was among several systems that used a combination of electronic tracking and jamming, first identifying the tiny bogey and then jamming the frequencies used to control the offending drone. DroneRANGER, which incorporated 360-degree radar, along with visual and thermal imaging systems and radio frequency jammers, netted its creators $20,000 as the best detection system, and another $60,000 awarded for the best end-to-end system.

Balazs said the demonstrations offered further evidence that the approach to defending against rogue drones will vary depending in part on the type of operator involved.

An “uninformed or unsophisticated actor,” such as a wayward hobbyist, is a very different opponent than a malicious and sophisticated evil-doer, who can and likely will use encryption or other means to defeat attempts to electronically take control of the offending drone. And while jamming the control signals is relatively easy, Balazs said, triggering the built-in fail-safe found in virtually all off-the-shelf systems of a certain size and sophistication (including all of the industry leaders) can have unpredictable consequences, since users can program different responses to a loss of control telemetry.

“There is no technological silver bullet,” Balazs said. “Really, a multimodal approach is what’s going to have to eventually be the answer.”

Rotner added that the specifics of each approach also will have to vary according to the environment in which the drones and drone defenders are operating, and the nature of the asset to be protected. Different defenses will be needed for stadiums compared to prisons, airports, or other assets.

“A lot of our conversations stem around GPS,” Rotner said, noting that many drones are able to guide themselves on an automated flight plan based on GPS, but denying the rogue drone those satellite signals could compromise a host of other systems that rely on GPS, including aircraft avionics, cellular towers, and bank ATMs, to name a few examples.

Rotner said he was more pessimistic (“I use the word realistic”) than Balazs about the whole exercise, but even so, “I am blown away by the success of this entire event, and this entire effort, on multiple levels.”

Notwithstanding the lack of perfection achieved by the many inventions entered in the competition, Balazs said the fact that government agency representatives “came out in high numbers” (more than 100 government representatives attended a Sept. 8 event at which the winners were announced; 150 had attended the finals in August) and asked “great questions” are hallmarks of the successful team effort by MITRE and the other participants.

Rotner said he was particularly pleased to observe competitors demonstrating they are willing, even eager, to collaborate with each other, and the government, and continue to search for combinations of technologies that can protect a wide range of sensitive locations.