Get the app Get the app
Already a member? Please login below for an enhanced experience. Not a member? Join today
News & Media NASA revisits folding wings

A technological innovation that flew on a Mach 3 airplane in the 1960s is being reconsidered by NASA, with the hope that modern materials and actuators will make it practical and efficient to fold wings in flight. The Spanwise Adaptive Wing concept to be tested first on a flying scale model in 2017 (if all goes to plan) extends the concept of wing morphing to a new level (or not so new, as it turns out). 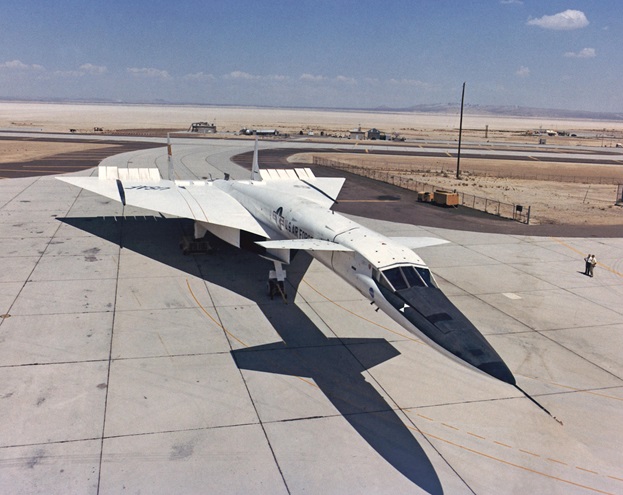 The SAW concept traces its roots to the XB-70 Valkyrie, which was originally designed and built in the 1960s as a Mach 3 bomber with a delta wing that could fold its tips up and down to optimize aerodynamics at various flight profiles. For takeoff and landing, the outer portion of the wing was in the traditional alignment, maximizing lift. Once up to speed, the Valkyrie could deflect the hinged outer portion of the wing downward to reduce drag and increase yaw stability at high speeds. As intercontinental ballistic missiles threatened to make supersonic nuclear bombers obsolete, the Kennedy administration pulled the plug on the B-70 and the two prototypes under construction were retasked for research. The XB-70 first flew in 1964, but the test program suffered a major setback two years later, when one of two prototypes collided with a NASA chase aircraft, killing two of the three pilots involved, on June 8, 1966. The program was eventually shut down, and the remaining XB-70 made its final flight—to Wright Patterson Air Force Base in Ohio and the Air Force Museum—in 1969.

Fifty years after the deadly crash, the aerodynamic advantages of folding the outboard portion of an airplane wing in flight are again the subject of a research effort by NASA in collaboration with Boeing.

"We are revisiting folding-wing aircraft because new technologies that did not exist in the 1960s allow actuation to be put in tighter wings, in smaller volumes,” said Matt Moholt, the principal investigator of the new SAW project, in an article posted online by NASA. “Now you can articulate a very small, thin air foil, whereas before the actuator technology didn’t exist.”

Solid-state actuators that can be driven by electric rather than hydraulic power make it possible to design a folding wing that is more compact, lighter, and practical. Without the need for bulky and heavy equipment, a thinner wing can be made to fold and achieve benefits including a reduction in the size of the vertical stabilizer, which creates significant drag. The yaw stability provided by folded wings can facilitate supersonic flight.

“In supersonic flight, yaw stability becomes a big issue,” said Moholt. “If you’re flying supersonically, you have tons of lift. Let’s say you need more yaw control. Well, if I fold the wing portion all the way down, I may be able to trade lift in favor of more yaw control where I need it and less lift where I don’t need it.”

A scale model with a decidedly Boeing look to it, the Prototype-Technology Evaluation and Research Aircraft, or PTERA (actually designed by a Georgia company, Area-I, not Boeing) will be used to assess the airworthiness of the concept.

The SAW project is not NASA’s only recent effort to bend wings in flight. The aeronautics and space agency worked with FlexSys, a Michigan company, and the U.S. Air Force to test flight control surfaces that bend and “warp,” as a more efficient alternative to hinged control surfaces. That concept goes back even farther than the Valkyrie. The Wright brothers used wing morphing to control the first powered flight. 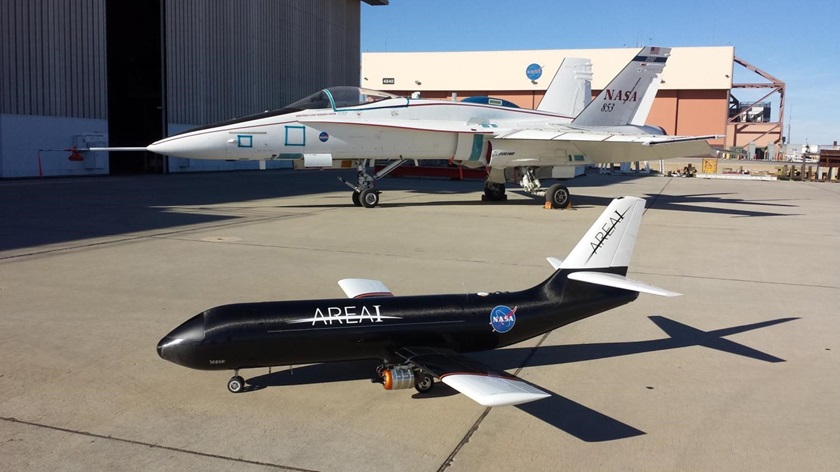