Vulcanair introduced to the United States a four-place, high-wing, entry-level Cessna 172 lookalike at EAA AirVenture in Oshkosh, Wisconsin, and boasted that the aircraft could do everything a Skyhawk could do—plus a little bit more—for about $100,000 less. 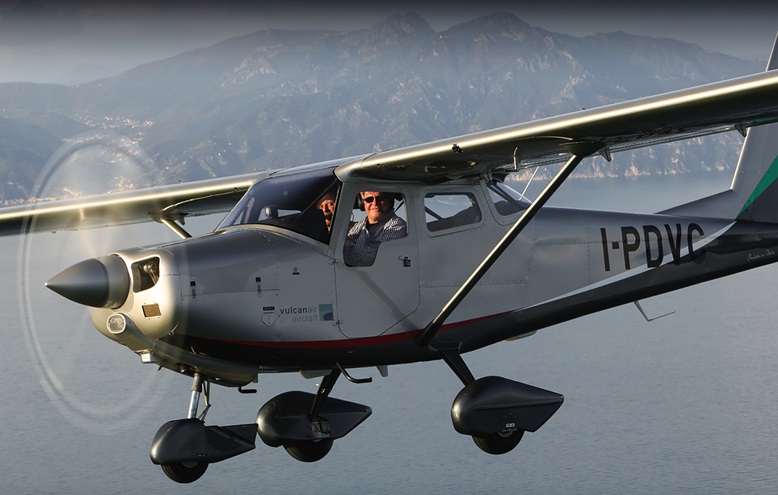 Italian aircraft firm Vulcanair introduced the V1.0 to the U.S., a four-place, high-wing, entry-level Cessna 172 look-alike that will sell for under $260,000. Photo courtesy of Vulcanair.

The EASA-certified single has a digital avionics package centered around Garmin’s G500 primary flight display/multifunction display, and McMann said the aircraft received “a lot of positive feedback here at the show.” Company officials said the aircraft is on track for FAA certification before the end of the year.

The model has the familiar look of a Cessna 172, with wing struts, fixed tricycle landing gear, and a wrap-around rear window. However, the Italian-built model takes the friendly design concept a step further by providing a welcome third door for rear-seat passengers. A constant-speed prop pushes the airplane to slightly higher numbers than a Skyhawk, boasting better useful load and a higher ceiling. The engine is designed to accept 100LL avgas or lower-cost alternative fuels.

McMann said the aircraft was stout enough to take the punishment of European landing strips—which often are unpaved. He explained that it simply costs more for European pilots to operate from asphalt strips due to extensive regulations associated with those types of airports. The V1.0’s structure mates the main cabin’s welded steel tubes and aluminum skin to riveted aluminum wing, tail cone, and empennage sections. “This arrangement ensures a strong protective cabin and a lightweight structure,” he added, noting that “the V1.0 is also one of the easiest aircraft in the market to maintain and repair.”

He reiterated that the star attraction was the aircraft’s sub-$260,000 price “with a full Garmin panel” and Automatic Dependent Surveillance-Broadcast In and Out capability at delivery, along with a “JPI engine monitor and Jeppesen charts.”

“We think this aircraft is going to be a fantastic airplane for university programs and flight schools because in a 20-airplane purchase you can save a million dollars. With the Garmin package, [flight school] students aren’t giving up anything,” said McMann. He added that the U.S. market demands “an answer to fill the need for an aircraft at the V1.0 price. Right now, to find similarly equipped aircraft with comparable features under $260,000, one would need to consider 10-year-old options, of which there are few available, many requiring an imminent engine overhaul.”

Besides the obvious Skyhawk comparison, McMann pointed to low-wing competitors that include the Piper Archer and the Diamond DA-40 XLT. He promised FAA certification “later this year,” with deliveries at the same time. The glass-cockpit, high-wing aircraft was originally announced for the U.S. market in 2014 at Germany’s Aero Friedrichshafen, with deliveries initially set for 2015.

The parent company manufactures the P68 Observer 2, a six-passenger, high-wing design that was originally known as the Partenavia P.68, which is in use for passenger operations; search and rescue; maritime; and reconnaissance missions in the United States, Australia, Chile, Germany, and elsewhere. A news release said the firm is “a well-known and highly regarded European aircraft manufacturer” and has produced “more than 500 EASA- and FAA-certified, single- and twin-engine, piston- and turbine-powered aircraft with many millions of flight hours.”

Remo De Feo, the firm’s CEO and co-founder, explained that the aircraft was “in line with Vulcanair's design philosophy” of providing “durability, safety, and exceptional value.”

He told AOPA the V1.0 “does not want to stall” and is “very easy to fly,” especially for new pilots. He emphasized the aircraft was affordable, capable, and stable in flight. When pressed about alternative powerplants, De Feo said “the idea was to introduce this aircraft first” before the company considered “premium versions perhaps available with a diesel engine” sometime in the future. 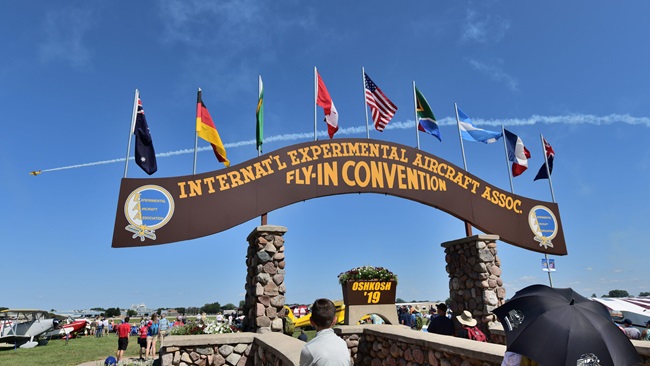