Get the app Get the app
AOPA Members DO more LEARN more SAVE more - Get MORE out of being a pilot - CLICK HERE
News & Media Hurricane Harvey deluges Texas, closes airfields

Editor's note: This article was updated Aug. 30 with additional information. 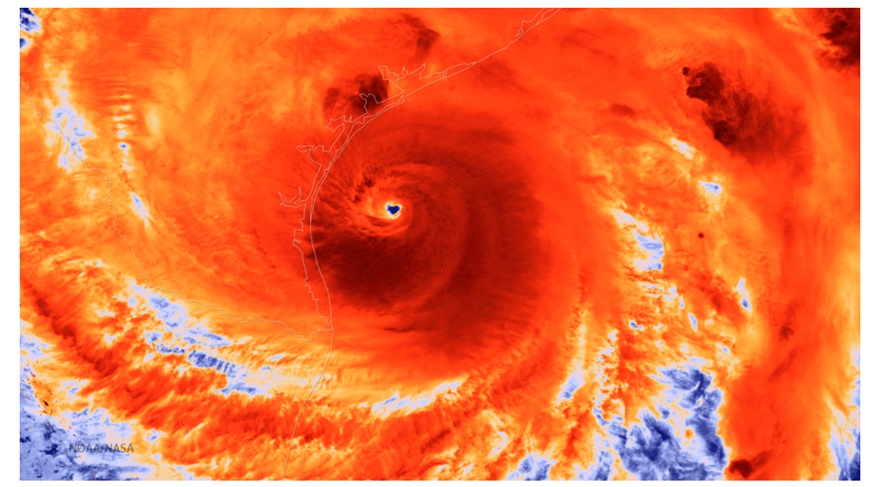 NOAA published a colorized infrared image of Hurricane Harvey as it approached the Texas coastline. The storm's thick bands of rain are continuing to cause havoc in the Houston area as meteorologists predict as much as 50 inches of rainfall could deluge parts of the area. Photo courtesy of NOAA/NASA.

The volunteer efforts of Remote Area Medical were indicative of other GA organizations that rallied to help Texans facing an unprecedented natural disaster that has already been compared to the devastation brought by Hurricane Katrina a dozen years ago.

RAM sent a team of volunteers to Texas even before the winds and rain let up. “We just dispatched a communications control center with two flat bottom boats,” said Mark Scheuer, the founder and CEO of PS Engineering and a Remote Area Medical board member. “We’ve got two Cessna Caravans but we’re short of pilots right now,” said Scheuer, who is based in Tennessee and helping to set up a mobile command center at North Conroe Airport, about 30 miles north of the metro Houston area.

Stan Brock, Remote Area Medical’s founder, was reached by telephone as he gathered medical supplies and other basic necessities to be ferried to the area. Brock spent the weekend mobilizing doctors, nurses, and supplies to provide Texas authorities with assistance in and around the disaster zone, much as RAM had done in the days and weeks following Katrina. “From our hub at Conroe we will be dispatching boats for water rescue to areas just south of Conroe,” where flooding has been reported. The group’s Cessna Caravan was expected to be on site Aug. 29. Brock reiterated the need for qualified Caravan pilots as flights were expected to continue for quite some time, as they did following Hurricane Katrina. “The mission, of course, is to get people and pets to dry land.” 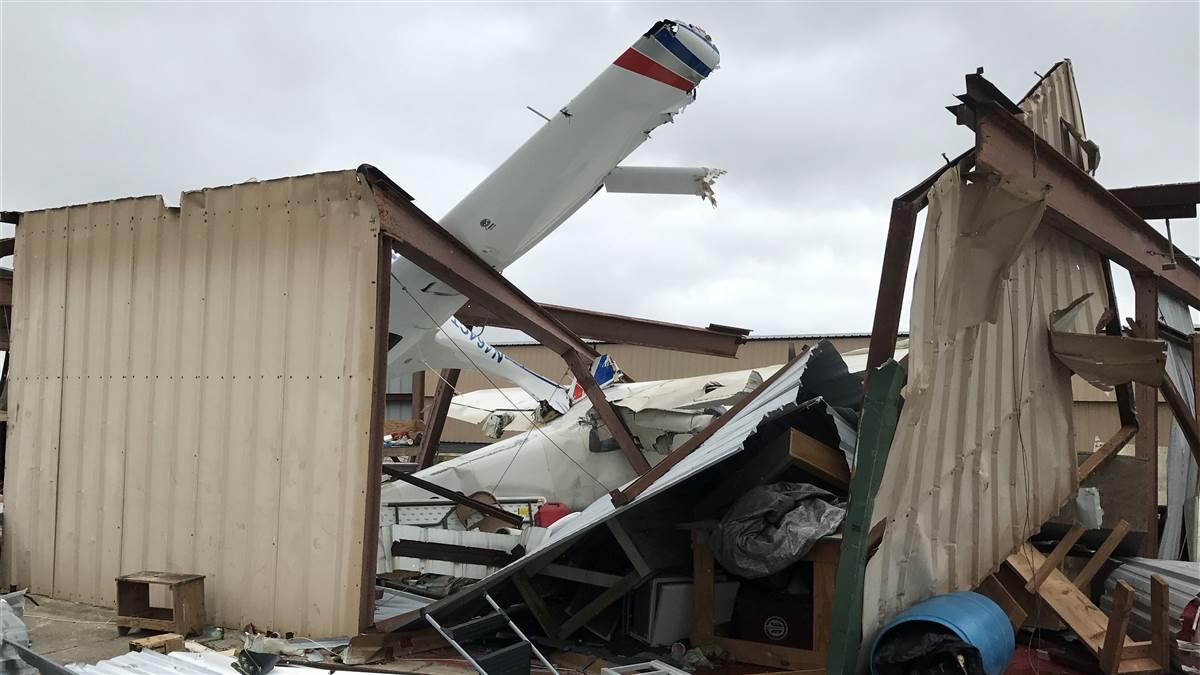 He noted that outlying areas were “absolutely devastated,” and added that “little airplanes at some point are going to be very useful” for rescue and supply missions. He said the association would be “recruiting doctors, nurses, and veterinarians to head down there.”

Brock suggested that aviators could lend a hand whether or not they have an aircraft at their disposal. “I’m sure a lot of AOPA members might have boats,” noted Brock. He said rescuers needed flat-bottomed, shallow-draft “John” boats to navigate streets that were swollen by feet of rain. “Even if you have people in chest deep water pushing the boats, they can pick up people and pets and push them to dry land.” Brock invited AOPA members to contact him “so we can have some additional aviation assets in Conroe for whatever they might be able to do.” Either a phone call to 865/579-1530 or an email would suffice, he said.

AERObridge, an aviation support organization sustained solely by donations, was “determining the need to activate GA assets as it did in the aftermath of Hurricane Sandy,” in 2012, said Marianne Stevenson, the organization’s president. “These operators, in particular, will play an enormous part in our response as only they can operate into the airports that will allow us to get desperately needed supplies and personnel close in to the areas of greatest need.” In the case of Hurricane Harvey, the relief organization predicted operations could potentially last well into the future. In past disasters, AOPA committed resources on behalf of GA to help fund AERObridge’s efforts, and plans to assist the organization with its efforts in Texas.

Rol Murrow, the president of the emergency volunteer air corps Air Care Alliance, suggested pilots, especially those who are seaplane-rated, contact local relief organizations to inquire how they can can help. However, he cautioned pilots to “double check all your planning and do not rush into affected areas or situations” while trying to help emergency operations. “You do not want to become part of the disaster.” 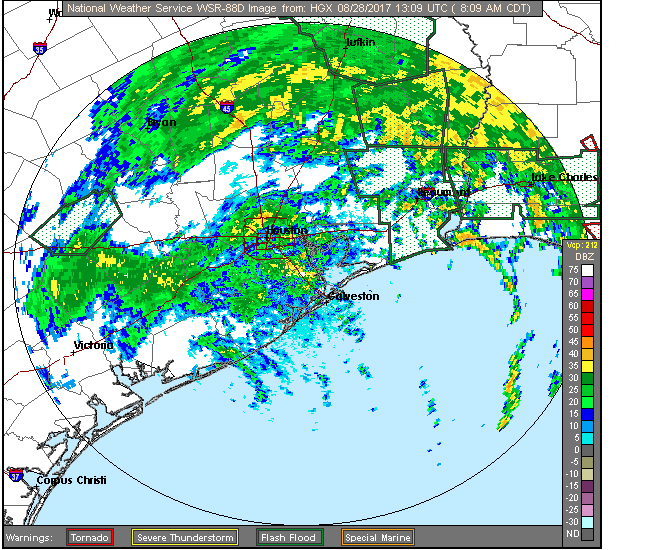 The civilian helicopter community also was poised and ready to assist with relief operations, said Matt Zuccaro, president and CEO of Helicopter Association International. “With expectations of flooded roads, damaged roads and bridges, and downed trees, military and first responders are putting helicopters on standby to assist with search-and-rescue operations that might follow Hurricane Harvey into Texas.”

The situation appeared dire as more rainfall descended on saturated streets and highways. The entire Texas National Guard was activated in response to Hurricane Harvey, and U.S. Coast Guard members were going door to door “conducting urban search and rescue” in Houston, the military service tweeted, advising residents to “wave sheets, towels, to be noticed from the air,” and to remain calm. The Coast Guard rescued more than 100 people by helicopter in the Houston area alone.

At least 21 died in the Category 4 hurricane after it slammed ashore late Aug. 25 near Rockport, deluging the area with rainfall amounts that could exceed 50 inches, according to the National Oceanic and Atmospheric Administration. NOAA's hurricane center noted, “Catastrophic and life-threatening flooding” continued in southeastern Texas Aug. 28, three days after the storm crashed ashore, triggering flash flood emergencies and warnings for some of the area’s more than 2.3 million residents.

The Weather Channel, which teamed up with aviation giant Jeppesen in May, said Hurricane Harvey made history as it slammed ashore “with ferocious winds” and predicted $20 billion in damage, noting a “long-lasting chapter that will likely feature catastrophic rainfall flooding lasting for days, if not weeks.”

Tyson Weihs, the founder of aviation application ForeFlight, painted a bleak picture with a photo he tweeted of rising flood waters in his Texas neighborhood. “Situation in Houston worsening. Neighbor has the canoe out. We are in a 500-year flood plain and water now at the doorstep.”

Even before the powerful storm hit, the ground was saturated because it had received “a year’s worth of rain in the past three months,” explained AOPA Texas You Can Fly Ambassador Pat Brown. “Right now, the rain has begun to subside a bit, but we’re close to the Brazos River and it’s expected to crest tomorrow night at 59 feet,” Brown said by telephone as he began to evacuate his family.

The entire Houston area is covered by a TFR until further notice; pilots are advised to thoroughly check notams.

He said local authorities predicted that the low-lying areas might see flooding of epic proportions. “The problem is the ground here is so saturated it can’t take any more [rain]. Making matters worse, the Addicks and Barker reservoirs were designed in the 1940s to stop flooding in downtown Houston, so they direct water to the shipping channel,” he added. “They’re doing the job they were designed to do, but they’re taking in more water from these watersheds than they are designed to release.” The runoff goes into the bayous, which “are already over their banks. There’s just so much water, nothing here can handle it.”

Brown keeps three aircraft, including Woodstock, a yellow Cessna 152 that is familiar to Texas aviators, at the nearby West Houston airport, which is adjacent to Bear Creek. So far, that area was “high and dry” as far as he knew. “They’re calling this a 500-year event,” added Brown. “The odds of this happening are two-tenths of one percent. It’s just beyond belief.”

Sugar Land Regional Airport’s Ted McDavitt said the hangars and overall airport in west Houston “survived the high winds of a few days ago—much to our gratefulness,” but access was limited because of flooding. Neighborhoods near the airfield “are facing mandatory evacuations with few escape routes,” he noted. “Water from the Brazos River is rising and is expected to crest at the highest in its recorded history, right at the top of its banks.” He said that electricity was still on for the time being, “but we are all aware that it could go out at any moment.”

However, aircraft owners at Ingleside’s McCampbell-Porter Airport on the Texas coast were not as lucky. The airfield felt the full brunt of the fierce storm that shredded dozens of hangars. Harvey lifted, flipped, and crushed a Piper Cherokee; pulled a Flight Design CT through the roof; and tugged a Cessna outside of its hangar. Pilot Greg Markwardt reported no injuries at the airfield but noted “to the north around Rockport it's a different story, sadly.”

AOPA member services representative Stephanie Fluke was in Houston on vacation with her family when Hurricane Harvey hit. “We were supposed to be going on a cruise and then the trip was canceled because of the storm,” she said by telephone from the George R. Brown Convention Center evacuation location. “I didn’t want to sit here while people needed help,” Fluke explained. She, along with her teenage daughter and her daughter’s friend, helped sort clothes and register evacuees at the 4,000-bed temporary shelter. Fluke saw “truckloads of people” arrive at the center via a variety of transportation methods including “by ambulance and by helicopter.” 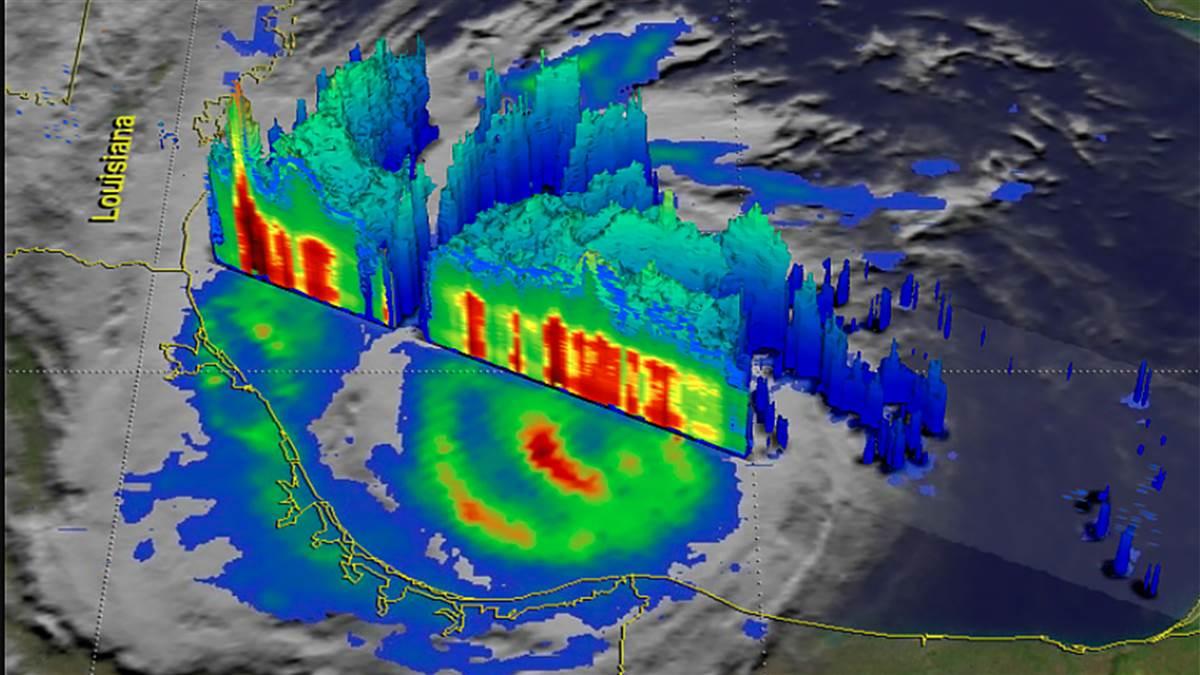 The Texas Wing of the Civil Air Patrol has begun preparations to provide aerial and ground support, according to CAP officials. The state of Texas has tasked its Texas Wing cadets to take photos of the damage and flooded areas along the coast, said Wing Commander Col. Sean Crandall. He added that ground teams would help deactivate emergency position indicating radio beacon locator transmitters on boats damaged during the storm. Approximately 1,000 of the Texas Wing’s 3,200 members live along the Texas Gulf Coast, and the wing has 34 aircraft and 43 vehicles assigned to it. He advised CAP members to “check their equipment and be prepared to start flying as early as Wednesday.”

The FAA warned unauthorized drone operators to steer clear of emergency responders and to note temporary flight restrictions that often pop up in areas battling natural disasters. Drone operators “may be subject to significant fines if they interfere” with those operations, the agency said, and noted that “flying a drone without authorization in or near the disaster area may violate federal, state, or local laws and ordinances, even if a Temporary Flight Restriction (TFR) is not in place. Allow first responders to save lives and property without interference.”

A TFR was posted Aug. 28 and expanded Aug. 30 for Houston and Rosenberg, Texas and the agency encouraged aviators to monitor TFR.FAA.gov and @FAANews on Twitter for the latest information. Further, the FAA reminded pilots to “always be aware of the weather conditions” regardless of where they are flying, and to take special note of runway conditions in Texas or Louisiana by contacting the facility before making plans to operate there.

A Mobile Air Traffic Control Tower was set up at Fort Worth Meacham and the agency was "awaiting further deployment as needed."

During a Pentagon briefing on Hurricane Harvey Aug. 29, Air National Guard Maj. Gen. James C. Witham cautioned drone pilots to stand down during concentrated rotor wing and fixed-wing rescue operations that will likely continue for weeks, if not months. He noted that the “potential for drone impact is a big deal” and explained that the National Airspace System needed to be kept clear for emergency responders. He said the devices presented “a hazard for our crews operating in the area.”

Witham added that military troops had arrived from as far away as New York and California and naval assets were “being looked at to alleviate the pain and suffering” for Texas and Louisiana residents deluged by rainfall and continued flooding.

Brock said GA relief organizations are prepared and willing to go the distance during disasters. He noted the massive rebuilding effort required after Hurricane Katrina a dozen years ago, and said the GA air force would support those in need after Hurricane Harvey. “This is what we do and we will stay there as long as we are needed.” 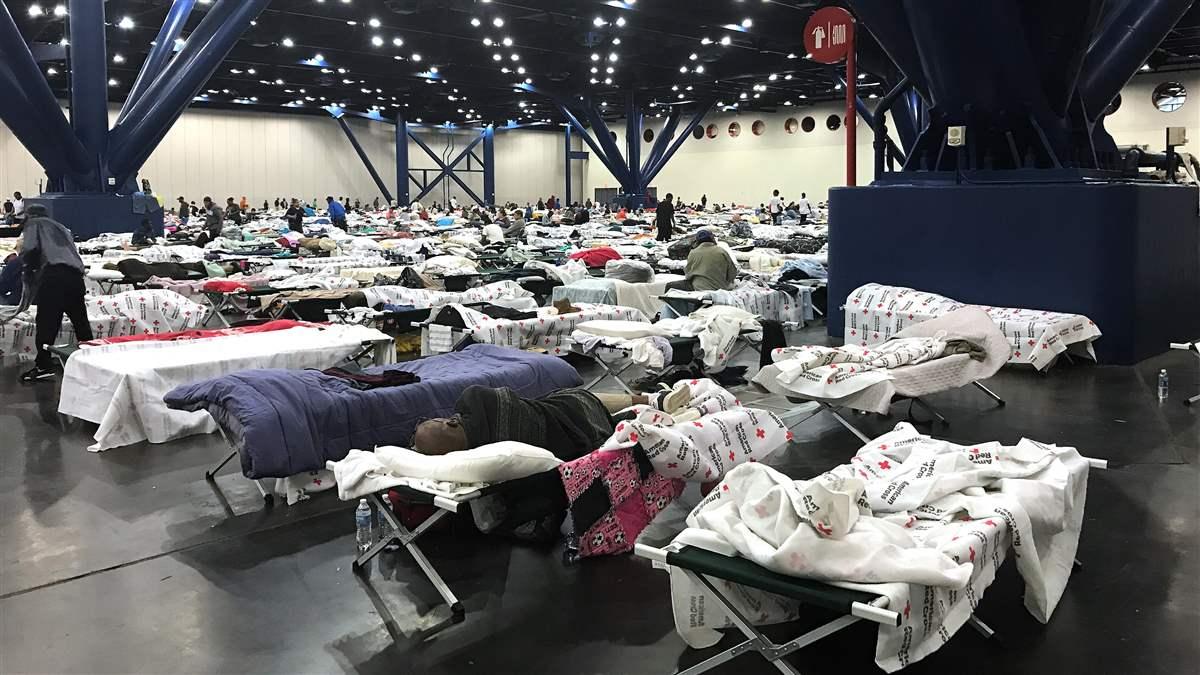