Get the app Get the app
Get the latest news on coronavirus impacts on general aviation, including what AOPA is doing to protect GA, event cancellations, advice for pilots to protect themselves, and more. Read More
Already a member? Please login below for an enhanced experience. Not a member? Join today
News & Media North Carolina drops aircraft maintenance sales tax

Legislation that passed in North Carolina puts the state on track to give its $230 million aircraft maintenance industry a key tool in its bid to compete with neighboring states’ aviation businesses. 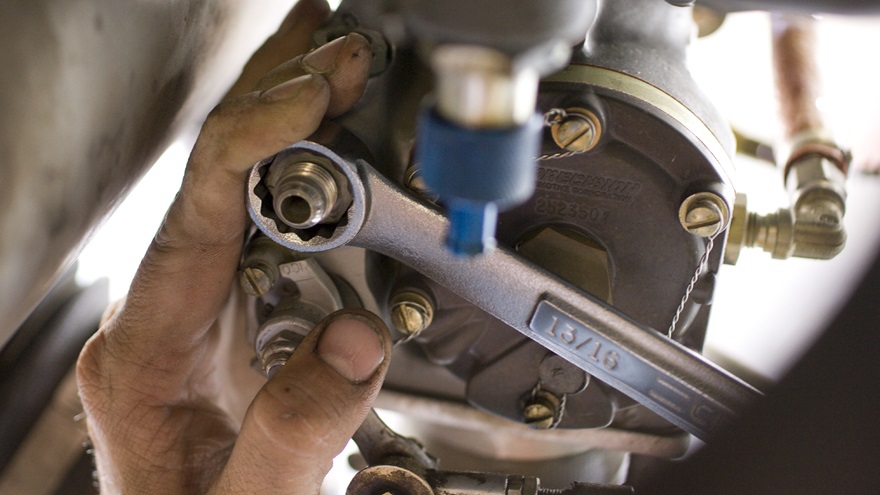 Gov. Roy Cooper signed Senate Bill 628, a wide-ranging tax package that included AOPA-backed language to provide an exemption from sales and use taxes for repairs, maintenance, and installation services performed on aircraft with a gross takeoff weight of more than 2,000 pounds, beginning on July 1, 2019.

The bill, signed Aug. 11, alters the provisions of a 2016 bill that taxed aircraft maintenance labor costs under $25,000—a condition that made most general aviation aircraft repairs taxable. The original law made aircraft with a certified takeoff weight of 9,000 to 15,000 pounds exempt.

Some of North Carolina's aircraft repair businesses told AOPA that without relief, they would have to relocate to tax-free South Carolina, which passed an exemption in 2015, becoming the twenty-first state to do so.

“This onerous tax caught many aircraft owners and aviation business off guard when it took effect in 2016,’” said Steve Hedges, manager of AOPA’s Southern Region. “We worked hard to get it repealed, recognizing that it doesn’t benefit anyone, including the state. Some key House leaders agreed, and they enthusiastically worked to get this situation corrected.”

Hedges cited state tax revenue records showing that the tax had been counterproductive, “actually costing North Carolina about $12 million in annual tax revenue losses because owners were flying their aircraft out of the state for repairs to avoid the tax.”

He credited House Finance Committee Co-Chairmen William Brawley (R-District 103), John Szoka (R-District 45), and Jason Saine (R-District 97) with pressing ahead on the measure, overcoming some resistance in the Senate to achieve passage.

The bill takes effect in 2019 because a General Assembly financial research report said it would have an adverse effect on the already approved 2017-2018 budget, he said.

In 2017, Vermont acted to make permanent an aviation sales tax exemption in a legislative year in which AOPA worked to defend or enact tax exemptions in numerous states.

AOPA has more than 8,000 members in North Carolina, a state in which 60 aviation aircraft repair businesses generate more than $230 million in revenue annually and employ about 3,200 people, according to a recent economic impact study.