May 1, 2017, probably doesn’t carry much significance to the average person, but to more than 25,000 pilots, that date was a game changer. May 1 marked the implementation of BasicMed, or the biggest shift in aeromedical certification for general aviation pilots since the 1960s. Barely six months old, BasicMed has already sparked an interest in medical reform across the globe and contributed to some major aviation milestones, but perhaps its most noteworthy accomplishment is giving thousands of pilots their wings back. 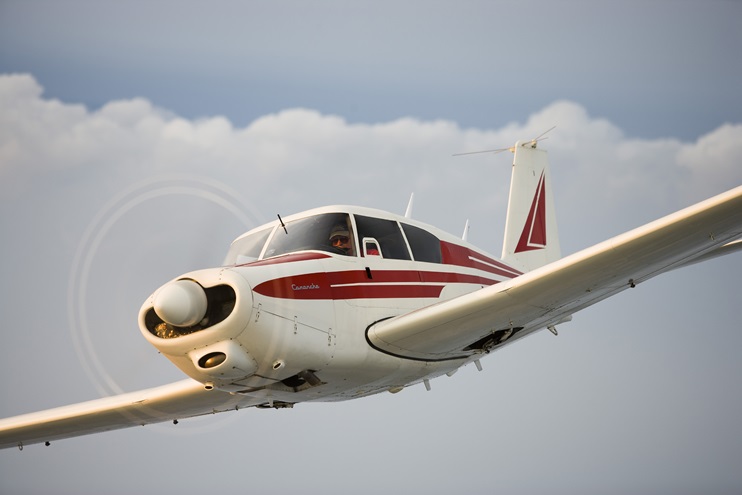 A 1961 Piper Commanche 180 flies over the Maryland countryside. Photo by Mike Fizer.

If you don’t know how BasicMed works, here’s a primer: The new regulations allow pilots to fly aircraft up to 6,000 pounds, up to 250 knots indicated airspeed, with five passengers, day, night, VFR, IFR, and at altitudes up to 18,000 feet msl. Pilots must visit a state-licensed physician every four years for a physical exam and take an online aeromedical course every two years.

While medical reform may be a no-brainer to most pilots, that wasn’t the case in Washington, D.C. For years AOPA and other aviation groups tried to spur change through the regulatory process with no result, so AOPA changed its strategy and began to pursue congressional action. After a grueling legislative process and push from GA pilots and allies in Congress, BasicMed was finally signed into law by President Barack Obama on July 15, 2016.

With only 4 percent of bills ever becoming law, the passage of BasicMed marked a monumental victory for the GA community led by AOPA’s government affairs and advocacy team.

“Burdensome rules, costly and outdated processes were the main drivers for getting third class medical reform through Congress. It was a huge victory for general aviation and we couldn’t have done it without our members and allies on Capitol Hill,” said AOPA President and CEO Mark Baker.

When it passed as part of an FAA funding extension, the Wall Street Journal acknowledged medical reform as a “big win” for AOPA and private pilots.

Eddie Addison, a Lancair pilot based in Georgia, said, “Aviation is a core competency in my life which explains my continuation of the painful experience to maintain my third class medical. BasicMed is a great Christmas present to my wife Renae and me. We thank and applaud all of those who led the charge to get it passed.”

Among other issues, the expensive medical testing, sometimes unneccesary and duplicative, for certain special issuances forced some pilots out of aviation for a period of time. To help get those pilots back into the cockpit, AOPA has developed its Rusty Pilots seminars as part of its You Can Fly umbrella program. Nearly 8,0000 pilots have attended an AOPA Rusty Pilots seminar, and almost 2,000 pilots are back in the air, many of those flying under BasicMed.

For pilots who are questioning whether to trade their third class medical certificate for BasicMed, AOPA stands ready to help and has developed a number of tools to simplify the process. Prior to BasicMed’s release, AOPA created its Fit to Fly page, which includes an instructional video, answers to frequently asked questions, and a special guide just for physicians to help alleviate confusion with the new medical process.

While AOPA knew there would be many questions concerning BasicMed, the association did not anticipate the tens of thousands of calls the Pilot Information Center would receive. Composed of skilled pilots, medical experts, and flight instructors, the AOPA Pilot Information Center took in more than 30,000 calls, emails, and contacts on BasicMed and had to designate a hotline just for the topic. Nearly one-third of the department's contacts this year have been related to BasicMed.

Another resource for those with complicated medical or legal issues related to medicals is AOPA Pilot Protection Services, composed of a team of legal experts. On average the Legal Services Plan staff assists more than 4,200 pilots a year with their aviation-related legal matters. And although BasicMed has been a hot topic of conversation, the Legal Services Plan is available to discuss any aviation-related matters.

With more than 25,000 pilots now flying under BasicMed, optimism for it continues to grow. Though not even a year old, BasicMed has achieved some great milestones thus far. Flight instructors and Civil Air Patrol volunteers are able to fly under the regulations, and for those seeking a tropical adventure, the Bahamian Civil Aviation Authority agreed to welcome BasicMed pilots into its airspace. Already allowing sport pilots, the Bahamas' recent acceptance of BasicMed will let thousands more aviators venture to the island getaway.

The success of BasicMed has been noticed in other countries as well. In 2016, the United Kingdom took steps to improve the medical process and now, pilots can self-certify their fitness to fly. Most recently, Australia introduced a Basic Class 2 Medical—similar to BasicMed, in which pilots can visit a general practitioner instead of an aviation medical examiner.

Though there’s been great success with third class medical reform, the work is not yet over. AOPA continues to encourage Canada and Mexico to allow U.S.-based BasicMed pilots to fly there, and as more third class medicals near expiration, AOPA anticipates many more pilots to jump on the BasicMed bandwagon.