Get the app Get the app
Get the latest news on coronavirus impacts on general aviation, including what AOPA is doing to protect GA, event cancellations, advice for pilots to protect themselves, and more. Read More
Already a member? Please login below for an enhanced experience. Not a member? Join today
News & Media FLIGHT Act takes off in Senate

A bipartisan bill known as the FLIGHT Act (S. 1320), or Forward Looking Investment in GA, Hangars and Tarmacs, was introduced in the U.S. Senate June 8. The legislation would give general aviation airports an expedited environmental review process and allow greater flexibility in spending allocated funds on infrastructure projects that will ensure a safer, more effective national network of GA airports. 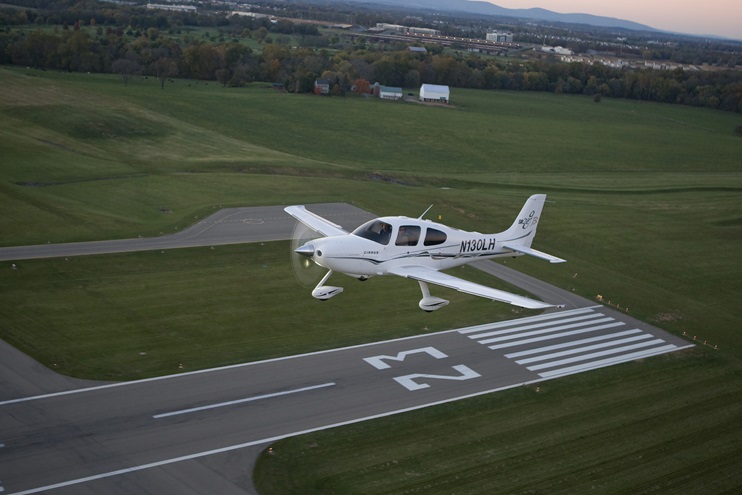 A Cirrus SR22 GTS flies near a runway in Maryland. Photo by Chris Rose.

As it stands, airports are granted $150,000 in annual funds under the Non-Primary Entitlement (NPE) program. Under the FLIGHT Act, airports would be given greater flexibility to roll over their annual entitlement from the current four years to five years for a total of $750,000. The legislation also would authorize the FAA to reduce the local match for certain non-primary airport projects to 5 percent.

With a lower requirement for matching funds and the ability to bank their entitlement for five years, airports have much more flexibility to meet development plans, such as a costly runway repair project.

The legislation also would allow the FAA to designate “Disaster Relief Airports.” This new category of airports would be provided at least 4 percent of NPE funds for emergency planning, equipment, or facilities in the case of natural disasters.

“The FLIGHT Act addresses the growing needs of our nation’s system of airports by providing the FAA with long overdue flexibility it needs to fund important projects,” said AOPA President Mark Baker. "Maintaining and upgrading runways, taxiways, and aprons, and meeting the need for new hangars, helps keep airports and communities vibrant and competitive. This bill also takes a critically important step in recognizing the vital role that reliever airports play in natural disaster relief efforts.”

Sens. Jim Inhofe (R-Okla.) and Tammy Duckworth (D-Ill.) are the sponsors of the legislation.

“As a pilot myself, I know first-hand the needs of the GA community, and the FLIGHT Act makes a number of needed reforms to facilitate GA airport infrastructure investment,” said Inhofe. “The FLIGHT Act allows GA airports more FAA funding flexibility, expedites the environmental review process and incentivizes public-private partnerships. This legislation builds upon past Congressional efforts to support GA airports and will ultimately grow the positive impact GA airports have on the larger airport ecosystem.”

“As a general aviation pilot, I know how important small and rural airports are to communities across the state of Illinois,” said Duckworth. “That’s why I’m proud to help introduce this bipartisan legislation with Sen. Inhofe to ensure these airports have the resources they need to support local job growth and economic development.”

“We’d like to thank Senators Inhofe and Duckworth for their leadership and hard work to help airports prepare for the future in thousands of communities across the country,” Baker said.

In April, Baker testified before the Senate subcommittee on Aviation Operations, Safety and Security, where he spoke out in favor of reforming the NPE program. Baker highlighted the role GA airports play in humanitarian efforts and in providing assistance to areas prone to natural disasters.

Additionally, the legislation would establish public-private partnerships at GA airports by creating a five-year pilot program to jumpstart a reinvestment and revitalization movement for airports. This would allow funds to be used for marketing and education programs aimed at attracting private-sector investment to local airports.

Finally, the FLIGHT Act will recognize the construction, repair, and restoration of recreational aircraft as an aeronautical activity, permitting airport sponsors to allow activities that have always been a part of the aviation experience in America, without fear of losing their eligibility for future federal aid. AOPA has long advocated for this policy update as it now ensures hangar-use policies match the realities of GA flying and aircraft ownership.

“I am glad to once again work with Mark Baker and his team at AOPA to address the priorities of the General Aviation community in Congress,” Inhofe said.